The Dramatic Waves That Sink Ships

Rogue waves are becoming larger and more dangerous. But even long-term studies have not made these waves any easier to predict or avoid. 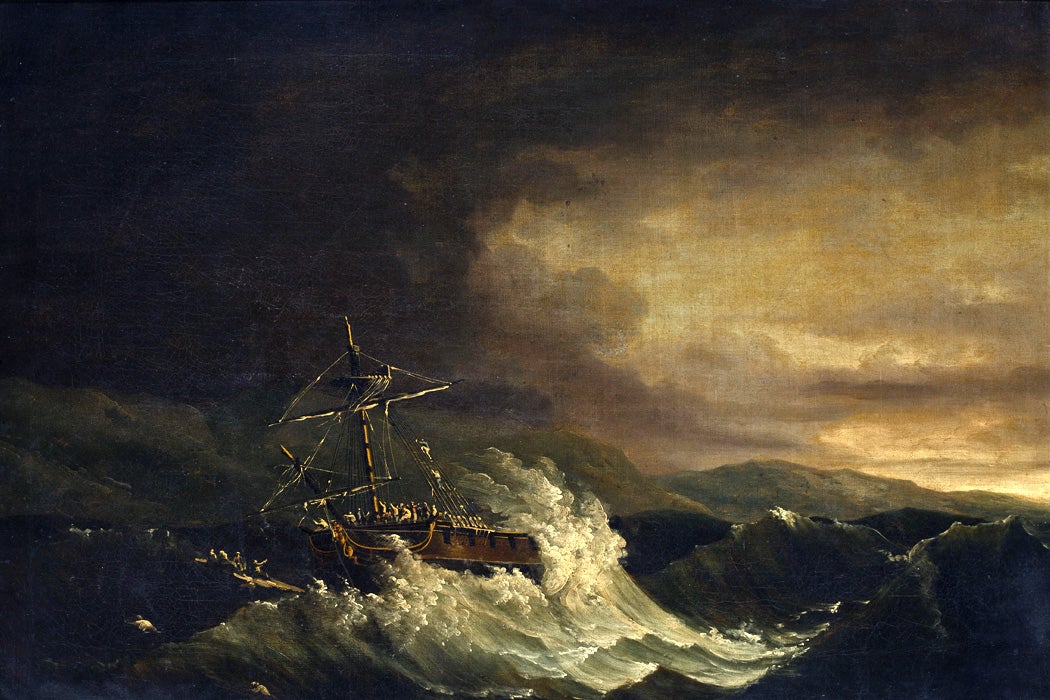 The wreck of the H.M.S. Deal Castle off Puerto Rico, in the hurricane of 1780 with the crew escaping on a raft by John Thomas Serres
via Wikimedia Commons
By: James MacDonald
2 minutes
Share Tweet Email Print

Rogue waves were once dismissed as mariners’ tall tales: enormous waves, taller than a ship, that capsized vessels and swept people to their death. Eventually, thanks to photographs and other evidence, it has become clear that rogue waves are all too real. Now it seems that they may be becoming larger and more dangerous.

Scientists Peter Müller, Chris Garrett, and Andal Osborne note in Oceanography that since any abnormally large wave might be considered a rogue wave, it can be tough to agree on a definition. Many experts use this this as a working definition: a wave at least twice as tall as the average height of the tallest two-thirds of the waves. Observations, including photos of a thirty-four meter high wave, show that waves vastly exceeding the baseline definition of rogue are not only real but relatively common. These gigantic waves may even appear among relatively small waves.

Any factor that can rapidly change the direction of a wave coupled with a good wind can create a rogue wave.

What causes them? Ordinary waves generally result from wind blowing across the ocean surface; a stronger wind blowing over a larger distance produces larger waves. The wind energy is transferred to the water, which is then dispersed as the wave breaks at its crest. Tall waves can occur when a strong wave encounters a strong surface current, and the forward momentum of the wave decreases while the height of the wave increases. Gusty winds can also cause dramatic increases in wave height. To determine when a random wave might become huge is the subject of a lot of advanced physical modeling, but it seems that any factor that can rapidly change the direction of a wave coupled with a good wind can create a rogue wave.

Further insight comes from long-term studies, such as observations off the coast of California. When researchers Burkard Baschek and Jennifer Imai examined eighty-one years’ worth of wave buoy data, they counted 7,157 rogue waves. Incidences were higher in the open ocean than closer to shore, and more likely at particular locations. Most rogue waves were pretty small, but still posed a risk to small craft. Interestingly, the likelihood of rogue waves was not connected to the ambient wave height. Most alarming, rogue waves as high as 11 m were possible even at moderate wind speeds. A wave that size is a threat to shipping, and conditions capable of generating such waves are present in many of the world’s busiest shipping lanes. 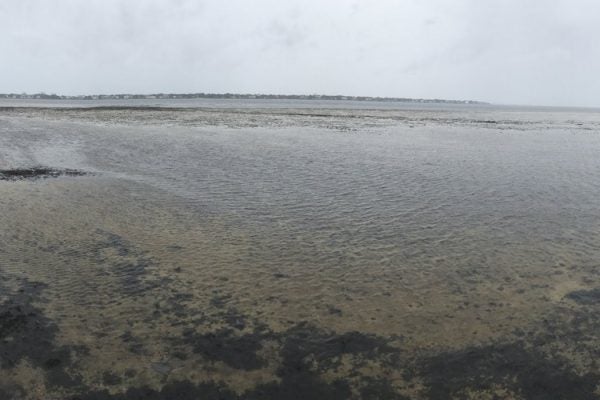