The Decline of the Vegas Wedding

The Little White Wedding Chapel’s changing fortunes are emblematic of the state of matrimony and romance. 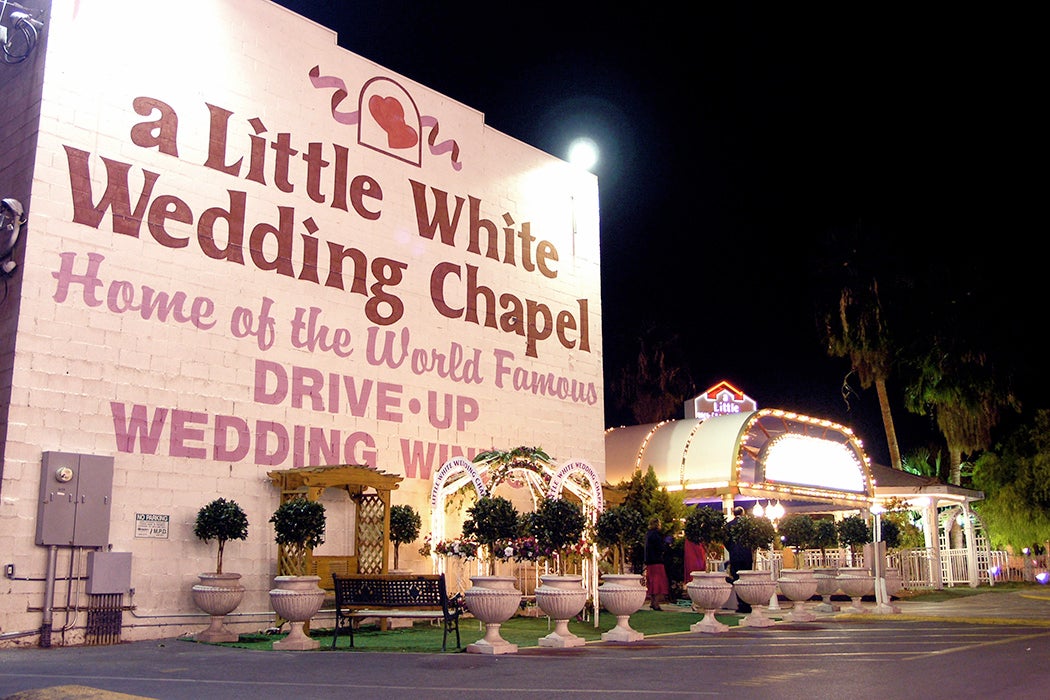 In Las Vegas, Nevada, the Little White Wedding Chapel has long been a symbol of spontaneity and romance. Get married by Elvis? In a limo? Tonight? Why not? It was a whirlwind prospect that attracted the likes of Frank Sinatra, Bruce Willis, and Britney Spears. In 2004, at the peak of the trend, 128,238 couples tied the knot in Las Vegas, according to the New York Times.

Recently, however, after being put on the market by its owner, the iconic chapel has struggled to find a buyer. The owner took down the “For Sale” sign and decided to keep running the business, but the Chapel’s changing fortune is emblematic of the state of matrimony and romance, when couples are working with shrinking budgets.

Love in Times of Recession

It’s difficult to accurately attribute marriage rates to economic factors, given the complexity of the intensely personal decision to tie the knot, but in the Journal of Population Economics, Jessamyn Schaller crunched the hard numbers behind a subject about which we like to be distinctly unanalytical: marriage.

The last recession undoubtedly coincided with a record low number of couples walking down the aisle. Schaller reports:

In 2009, after decades of declining marriage rates, the number of Americans aged 25 to 34 who have never married surpassed the number currently married for the first time in recorded history.

Schaller expanded the period of time and put it under a microscope, examining data over 32 years, from 1978 to 2009, to get a more accurate picture of how economic conditions have affected marriage rates in the U.S. What Schaller found is that a dip in unemployment rates has a knock-on effect in marriage rates: specifically, a 1% increase in unemployment was associated with a 1.5% decrease in marriage and an even bigger decrease in divorce rates (1.7%). The results are the most pronounced among the working population and groups that are most susceptible to fluctuations in the labor market.

This isn’t only significant for Las Vegas chapels. As Schaller highlights:

Timing and rates of marriage and divorce have important implications for numbers and quality of children, tax revenues, and expenditures on social welfare programs, as well as for labor force behavior of men and women.

Schaller points out the need to be more clear-eyed about analyzing the effects of financial hardship on relationships, as partnerships and family creation are not only an individual choice, but have long-lasting implications for a society’s structure and governance.

“A correlation between marriage and divorce rates and the business cycle could imply that we are not accurately measuring the full welfare cost of an economic downturn,” she writes. 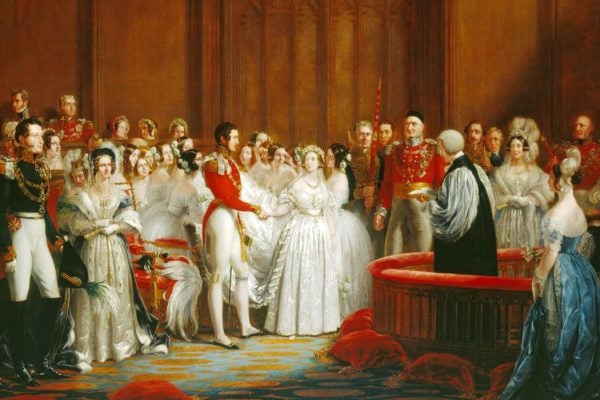