Segundo de Chomón made “trick films” that experimented with color and temporality, influencing the surrealist work of Luis Buñuel and Salvador Dalí. 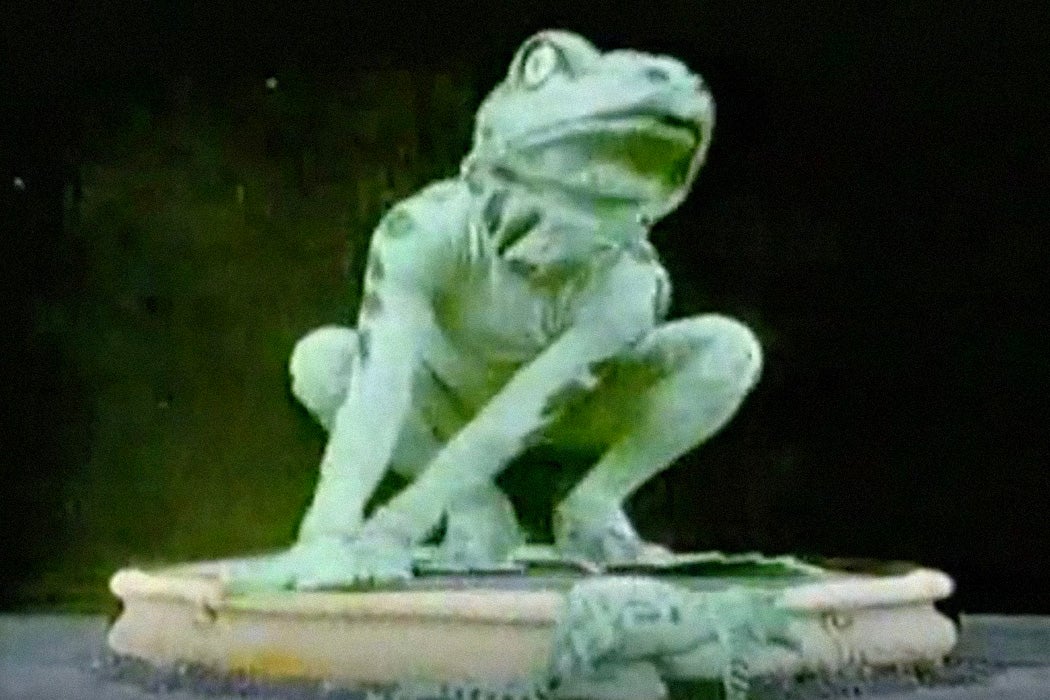 In the beginning, there is only a fountain. But as soon as a woman steps into the opening frames of The Frog, things start to get weird. First, a frog—or rather, what is clearly a person in a vaguely amphibian costume—joins her. Smokes engulfs them both and the scene resets, this time with the frog hopping along the edge of the fountain and a giant green clone standing in the center. Strange new objects continue to appear in and disappear from the fountain: a man’s enormous gray head, a carousel of women with armed guards who later become flower arches, horses, guards again. Finally, it’s just the original woman and the original frog, waving and nodding at each other as they part ways.

This 1908 short was the work of Segundo de Chomón, a pioneering Spanish director often compared to Georges Méliès. Chomón made bizarre trick films that experimented with color and temporality, and would eventually influence the surrealist work of filmmakers Luis Buñuel and Salvador Dalí, making him, in many ways, the father of Spanish cinema.

According to Chomón biographer Joan M. Minguet Batllori, the director’s wife, Julienne Mathieu, most likely pushed him into movies. Mathieu, like many women in the French industry, had worked for the production companies Pathe and Melies’ own Star Film. So, when her husband returned from a tour with the Spanish army in 1899, she “brought him into contact with the emerging world of cinema.” For Chomón, this initially meant work as a colorist, tinting film by hand. It was a highly skilled and specialized trade that brought him good wages and steady work from Pathe, which shipped films out to his studio in Barcelona.

Though Chomón’s work often played as amusingly odd, his films could take on a more nightmarish quality.

Batllori writes that Chomón not only colored the film, he created subtitles and provided distribution to local theaters. He was so good at his job that a 1902 advertisement for Barba Azul promised “the finest example to be presented in Barcelona hand-tinted ex professo by the reputable film colorist Don Segundo de Chomón”—a commendation that’s especially noteworthy, as colorists were hardly considered star attractions at the time.

Pathe clearly understood Chomón’s unique talents. In 1905, the company offered him a promotion in their main office in Paris, a job that would allow him to work consistently behind the camera. Chomón had directed movies before this move, but he would create his best-known work over the ensuing decade, including The Frog and creative, futuristic shorts like A Trip to Jupiter and The Electric Hotel.

Though Chomón’s work often played as amusingly odd, his films could take on a more nightmarish quality. In Une Excursion Incoherente, for example, picnickers cut into a cake to find worms crawling inside. Two women appear in a fireplace and climb out of it to attack. A man dreams that demons are assaulting his wife. And a well transforms into a ghoulish mask with moving eyes and lips. Spanish film scholar Leigh Mercer has connected these disturbing scenes to the ones seen in the surrealist classic Un Chien Andalou, the 1929 film scripted by Buñuel and Dalí that features a woman’s eye being sliced with a razor blade.

Mercer notes that Buñuel and Dalí organized the first “cine-club,” or film society, in Madrid as college students in the 1920s, leaving “little doubt” about their familiarity with the internationally renowned Chomón, who was still making movies at the time. Buñuel, Dalí, and Chomón seemed to share a disregard for realism and conventional narrative form, surprising the viewer with unexpected images that could disrupt or disturb. It was their tableaus, more than their stories, that lingered.

Chomón’s fantastic, occasionally frightening, films are not especially well-remembered today, but their impact on surrealist filmmakers is obvious. Remember his work the next time you watch a David Lynch movie—or see a seemingly normal frog hop by a fountain.