Rumor had it that these machines were once the Prince’s servants, whom he murdered and transformed into anatomical displays. Scholars showed otherwise. 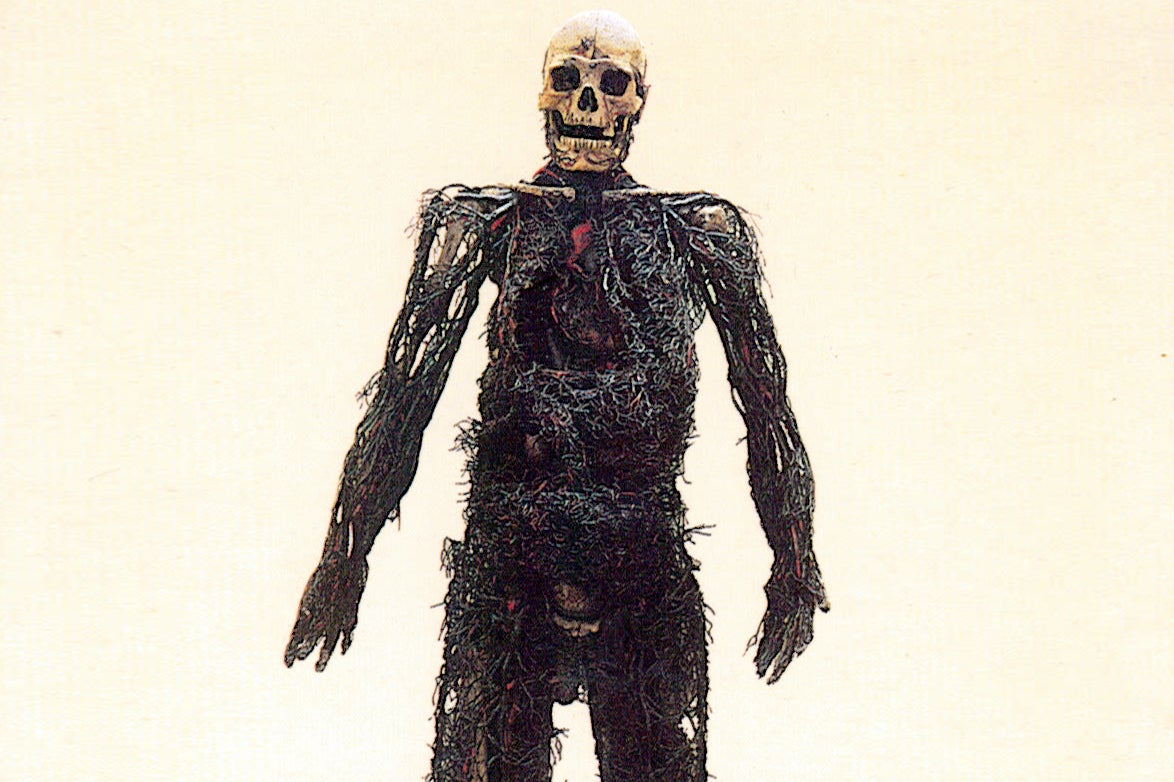 Two skeletons stand in a chapel in Naples. Their bones are knit together with an intricate web of veins and arteries that crawl over their ribs and skulls like gray lace. These were the “anatomical machines” of Prince Raimondo di Sangro, an alchemist, Freemason, inventor, and military historian. For centuries, eerie legends have swirled around these two figures.

The rumor goes that they were once the Prince’s servants, whom he murdered and transformed into anatomical displays. In 2007, however, a pair of scholars, Lucia Dacome and Renata Peters, published research revealing that the veins were in fact artificial, an astonishingly complex network of silk, wax, and wire, rather than the preserved remains of a living body.

He developed a method of mixing fireworks that detonated with the sound of birdsong, and lit up with an array of new colors.

Nothing could be more emblematic of di Sangro’s enduringly bizarre and contradictory legacy. The man seems to have resided somewhere between a true Renaissance polymath and a carnival huckster. Di Sangro’s inventions tended toward the spectacular. He developed a method of mixing fireworks that detonated with the sound of birdsong, and lit up with an array of new colors: the hues of milk, lemon peels, grass, rubies, and turquoise. In the pyrotechnical theaters he designed, fireworks seemed to trace in fiery light the outlines of temples, huts, and fountains.

Di Sangro was nothing if not theatrical. One writer described the scene on the street outside the alchemist’s laboratory:

Wandering flames, infernal lights—the people said—passed through the huge windows that look out, from the ground floor, onto Vico Sansevero… The flames disappeared, darkness returned, and then thuds and prolonged noises were heard there. From time to time, in the silence of the night, there was a sound like the clink of an anvil struck by a heavy hammer, or the cobble of the alley throbbed and trembled, as if with the nearby passage of huge invisible wagons.

At one point, an accidental fire in his laboratory revealed to him the formula for a “perpetual lamp” fueled by gunpowder mixed with pulverized human skull. He knew how to make faux lapis lazuli that was indistinguishable from the real thing, and how to bleach sapphires until they looked like diamonds. The floors of his palace were paved not with marble, but with a paste he invented which hardened into something with the appearance and texture of real stone.

Then there are the more dubious “discoveries.” Di Sangro claimed to have found a means of extracting blood from manure. He claimed to have reduced river crabs to ash and then resurrected them with infusions of ox blood, and to have caused fennel plants to grow again from their cinders. Bringing Cicero back to life, one writer suggested, might be as simple as giving di Sangro one of the philosopher’s bones.

Some part of the prince’s mystique comes from superstitious rumors of murder and black magic; others come from the flattering myths that he himself spread. But both sources, positive and negative, center around one image: a gifted man on the threshold between life and death, capable of both killing and resurrection. This is perhaps most clear in the legend of di Sangro’s death, which recounts that before di Sangro died, he had himself hacked into pieces and placed in a chest. But the chest was opened too soon, “while the pieces of the body were still welding together.” He awoke for an instant, tried to rise, then shrieked and fell to pieces once again.

Di Sangro’s friend Giovanni Vincenzo Antonio Ganganelli, later to become Pope Clement XIV, wrote that the prince’s alchemical skill was powerful enough to create “a second world from the first.” It was a bit of a flim-flam world, however: wax and wire in the place of veins and arteries, hardened pastes in the place of gemstones, palaces of light that flicker into existence and then go out.

Nonetheless, you have to admire his sense of style. In one of his final public appearances, di Sangro stunned the citizens of Naples with a beautiful carriage that traveled not on the street but over the waves; it churned along on paddle-wheels, led by a pair of floating seahorses fashioned out of cork. The alchemist within was nearing the end of his life, suffering from an illness possibly brought on by inhaling the fumes of his own experiments. But what the Neopolitans saw was the glittering carriage riding proudly over the waves.