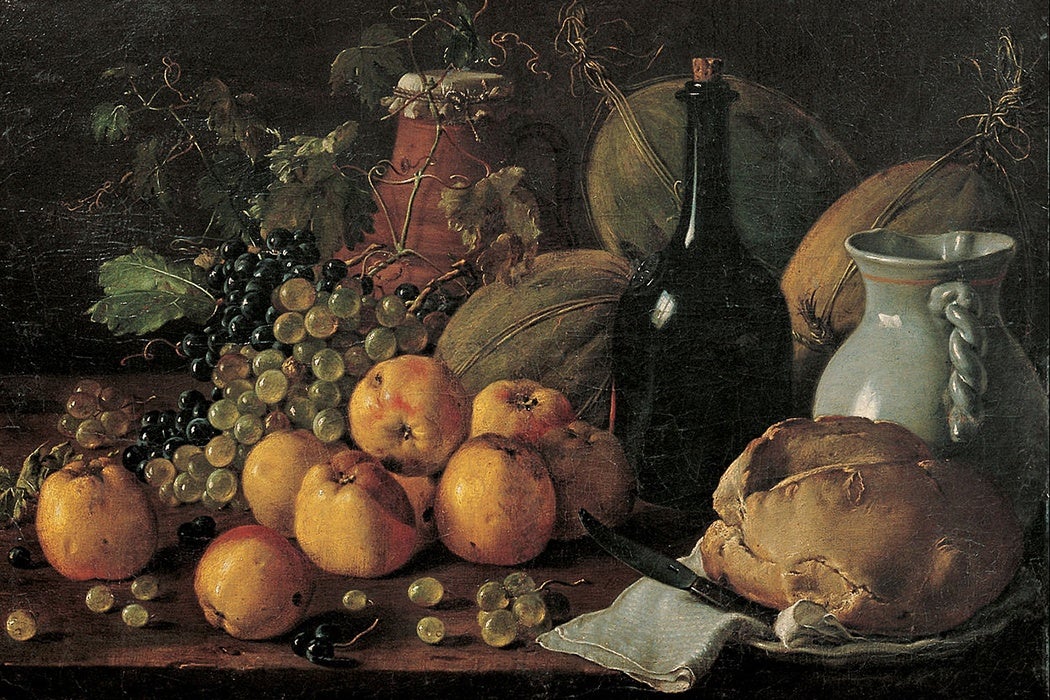 What is really happening when we roast a 17-pound turkey and pop open a can of cranberry sauce? That’s the question posed by a five-year ethnographic study, first published in 1991, of the contemporary American feast known as Thanksgiving. In an effort to understand the meanings of Thanksgiving, the two scholars conducting the study collected data about the annual dinner gathering, drawing on in-depth interviews, survey responses, photographs, and the field notes of 100 “participant-observers” (a.k.a. hungry college students). Minor disasters and things being forgotten, they found, are a necessity for the traditional Thanksgiving plot. “Thanksgiving Day celebration is so complex and semiotically dense in number of foods and people that very often not everything goes according to the host and hostess’s plans,” the authors write.

As anyone who has ever failed to preheat an oven or chill the Champagne knows, to host is to continue to conduct the train when it jumps the tracks. On Thanksgiving in particular, the researchers found, it is the act of forgetting—the rolls in the oven, say, or the French-fried onions on top of the green bean casserole—that’s required. The collaborative solving of the mishap—with ingenuity, a leap up from the table, or a shrug—is essential to how we make the feast meaningful. “Forgetting is an understandable consequence of the abundance of the feast,” they explain. “There is ‘just so much’ to do, eat, and remember that something was forgotten” and “resolving this incident negotiates the importance of abundance and defines what is really important.”

In the first decade of their marriage, Thanksgiving at my parents’ house was—how shall I say this?—a rager.

At my stepfather’s house, it was the stove itself that had been forgotten. When my mother moved in, with her kids and heart-shaped cake pan, my stepfather had a shriveled Granny Smith apple in the fridge and a jar of peanut butter in the cupboard. Not long after my mother’s arrival, the gas company called, concerned. The household gas consumption had recently soared; might there be a leak, they wondered? “Oh no,” my mother told them in her sing-song. “That’s just me making 17 cups of tea a day.” She fired up a once-forgotten stove, and then she turned her attention to Thanksgiving.

In the first decade of their marriage, Thanksgiving at my parents’ house was—how shall I say this?—a rager. At the start of it, I helped push tables together to make room for 30 people, half of whom were mild miscreants, the relatively harmless youthful sort. My new stepbrother invited a cadre of pierced vegan musicians, who in turn brought Tofurky, seitan gravy, and pot. There were Canadian models one year, and a buxom guest another who, after pie, boasted she could apply lipstick from her cleavage, then did. People fell in love. One year, there was a wedding. We pushed aside the tables, and my stepfather officiated before the stone fireplace. There was just so much.

In those years, I was too transfixed by the party atmosphere to notice the magic at work. There was my mother, at the head of the table, raising one shoulder, girlishly, along with a Waterford goblet of red wine. The gesture was so demure, dismissive yet self-congratulatory, like all of it—the gold-breasted bird, the cases of wine chilling on the porch, this loud, boisterous crowd—was nothing. It was also funny, since an hour earlier we had all seen her crying at the stove and hissing at her children to get everyone out of the kitchen. Her dinner table denouement was a wonderful performance. I wouldn’t realize until years later the entire day was her offering.

In my grade school, Thanksgiving was presented as a sort of cross-cultural potluck. Thanks to Native American corn-growing know-how, what would have been a meager meal (and deadly winter) became a feast, two very different families joined together for one joyous feast.

They feasted because something significant happens when people gather together and eat with a purpose.

“No one would be more surprised at these modern-day beliefs than the Pilgrims themselves,” wrote Andrew F. Smith in Gastronomica, though one could argue the ancestors of the Wampanoag nation would be surprised by the telling, too. Two-thirds of the indigenous people living in the region had been killed in an epidemic in 1617, one brought by European ships. Some indigenous people now observe a day of “Thangs Taken,” and in Plymouth, Massachusetts, a protest and day of mourning have been held since 1970.

The way most Americans celebrate the holiday today does not mirror the significance of that day’s meal. As Smith wrote:

Whatever happened in 1621, the Puritans did not have special memories of it. They made no subsequent mention of that autumn and did not commemorate it in later years.

They forgot, but they did feast. They feasted because they had signed a treaty and because that is what people do, and have long done, when the weather cooperates, the crops flourish, and we are granted the material means to live another year. They feasted in the tradition of harvest feasts held for millennia around the world, as in the Jewish holiday of Sukkot, the Greek festival Haloa (honoring the goddess Demeter), and the Roman festival Cerealia in honor of Ceres. There’s also China’s Mid-Autumn Festival, the Native American Green Corn Ceremony, and the African harvest festivals after which Kwanzaa is fashioned. They feasted because something significant happens when people gather together and eat with a purpose beyond satiating their physical hunger.

“The correct verb relating to ‘feast’ is ‘to give,’” writes Kaori O’Connor in The Never-Ending Feast. “A feast is something that is not just ‘held,’ but given, in the manner of a gift.” This makes sense to me: By the time my mother and stepfather entered their second decade of marriage, Thanksgiving had mellowed considerably. I had grown older, so that when I looked down the long table draped in white linen at my mother again raising her wineglass after the toast, the plates of turkey and stuffing suddenly seemed beside the point. What she had created—what she had given—was not a meal but a vessel, one that could contain our human needs. There was just so much: We wanted to hold a baby and imagine it was our own; to seek career advice, then ignore it; to moon about a love so new the holiday is not yet an obligation; to get rowdy and have a rager if need be.

On the morning of the first Thanksgiving after my mother died, it began to snow—wet, dime-sized flakes that landed on the thin branches of trees and didn’t melt. I was driving home from the grocery store, my trunk filled with heavy bags of ham, cranberries, 10 pounds of potatoes, and two turkeys. When the snow began to settle on the fields, when it started to stick and cover the dry leftovers of August’s corn and the last hay, I don’t know why, but I thought of my mother in the ground, her body cold inside a pine box.

This was the year Thanksgiving became, for me, a funereal feast. Excavations of tombs have revealed the Egyptian practice of burying the dead in the company of lavish meals: grilled quail; stewed organ meats; baskets of figs, grapes, dates, and nuts. Go down a snaky glass corridor in the Metropolitan Museum of Art, and there it is: a 3,500-year-old preserved roast duck.

In ancient Rome, for feasts in honor of the dead, the food on the table became “a communion of the upper with the lower world,” and the living dined alongside the body. These feasts were a means of laying spirits to rest, sustaining them for the journey ahead, and, for one meal, yoking together the realms of the living and the dead. For mourners, the ritual act of dining together at such moments kept them from fading off this mortal coil in their grief. “At such a time numbers and kinship were comfortable companions before the dark mystery of death,” writes Jane Levi in Gastronomica.

It was as if I embodied my mother that day, as I rooted through her cabinets looking for the blue splatter enamelware for the turkey, as I bumped the pantry door closed with my hip. I found her rolling pin in the cupboard. She was out of sugar.

I had cooked by her side the previous year to learn how she did it—how she covered the turkey breast with foil and whisked the gravy. I should have taken notes on the stuffing, some crucial element of which I’ve forgotten.

“See, none of this is difficult,” she had conspired to me at the stove, taking her hands out of the oven mitts and looking around at the guests who ate cheese and drank wine and thought her role the hardest. I cried at the stove, of course. It was tradition.

When we sat down at the table, my stepfather said grace. He mentioned, as was his custom, those who were not with us. I looked down the crowded table yet again and felt I had pulled off a magic trick. Each plate was full, each guest in their seat. What we navigated that year—and what we continue to stumble through each holiday season at the table, haunted by an absence like a phantom limb—was not anything we’d forgotten.

It was what we remembered. 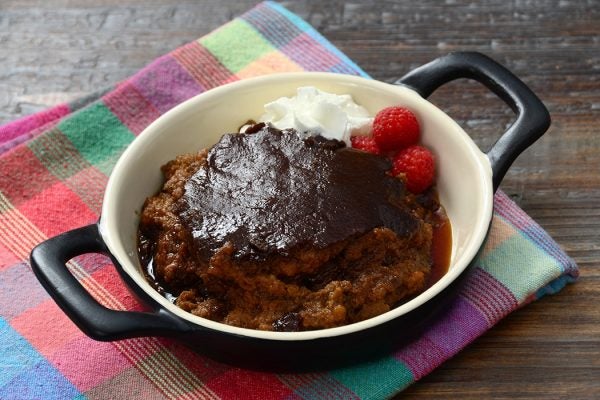 Puddings can be surprisingly nationalistic.