Shaken by Nazi propaganda, educators tried to teach anti-racist lessons in the 30s-40s. Their methods, however, would be considered very problematic today. 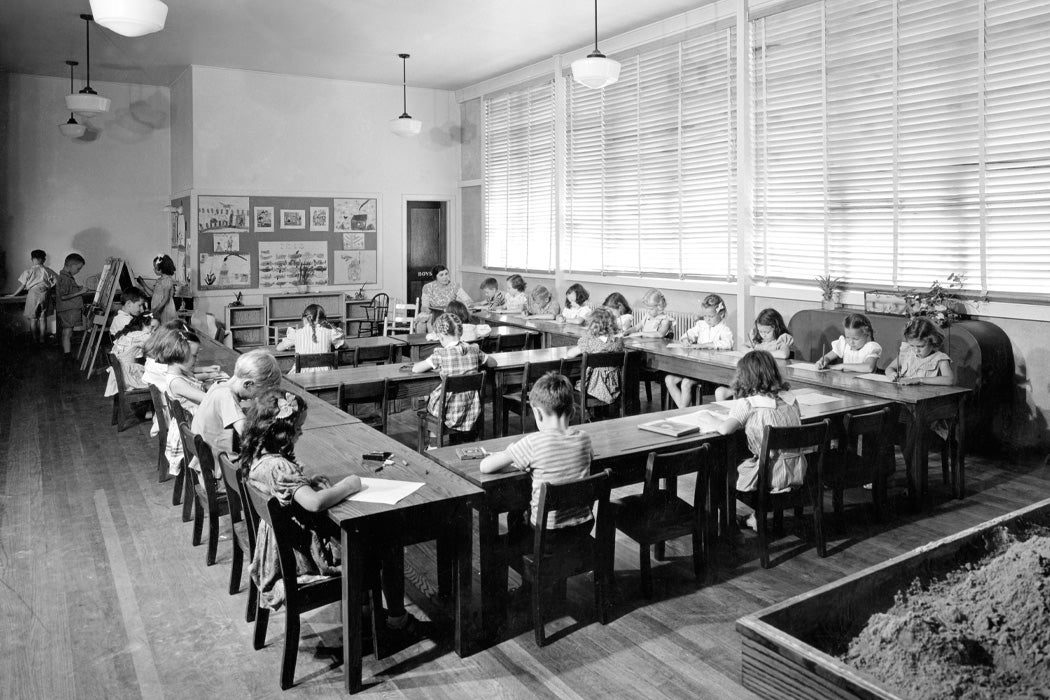 Today, many teachers agree that antiracist lessons are an important part of a good education, but most will concede that it can be difficult to craft these lessons well. That was also true during World War II, when American teachers embarked on an ambitious effort to fight racism, as education historian Zoë Burkholder writes.

In the late 1930s, an increased focus on national unity, along with concerns about Nazi propaganda, encouraged teachers to embrace “tolerance education.” Burkholder writes that for many teachers and students, standing up against racism was an obvious part of the fight against the Nazis. In most of the country, when teachers talked about race they were mostly discussing different ethnic groups that we would now lump together as white. One Indiana teacher, for example, focused on teaching her students about the scientific and artistic “gifts” brought to America “even from those countries whose political policies we condemn or whose sons and daughters we call wops and dagoes and hunkies.”

Burkholder writes that this concept of “cultural gifts” leaned heavily on stereotypes. One teacher discussed “color from Italy, stamina and restraint from the Scandinavian countries, artistry from France, steady nerve and purposefulness from Britain.” Few schools included Asian, African, or African-American cultures in these lessons.

Where teachers’ descriptions of the “races” of Europe had been based on informal, popular understandings, this new strain leaned on anthropology.

That changed over the next few years, particularly in 1943, when riots targeting black and Mexican-American workers in many cities brought racism against these groups to educators’ attention. A new kind of tolerance education took hold, rooted in “scientific” ideas about race. Where teachers’ descriptions of the “races” of Europe had been based on informal, popular understandings, this new strain leaned on anthropology. The Races of Mankind, an illustrated pamphlet published by anthropologists Ruth Benedict and Gene Welfish in October of 1943, became enormously popular among educators.

The Races of Mankind argued that human diversity was based more on culture than genetics, and that people of all races had the potential to be equal. But it also gave scientific credence to the idea of race as a static, genetically-based category. The book held that humanity could be divided into three races: “Caucasian,” “Mongoloid,” and “Negroid.”

Sometimes these “anti-racist” lessons were scientific. One class demonstrated that blood samples from black and white students were indistinguishable in an effort to challenge the Red Cross policy of segregated blood banks. In other cases, though, the “anti-racist” lessons replicated the “cultural gifts” concept in disturbing ways. For example, one Ohio class of white students spent weeks studying African-American achievements. Then, the students donned blackface and “mammy dresses” to act out black Americans’ rise from slavery.

Burkholder writes that the racial curricula faded out of use after the end of World War II, to mixed results. Some white students reported a new understanding of equality with black and Asian peers. But the classes also helped reinforce Americans’ understanding of races as immutable “scientific” categories. 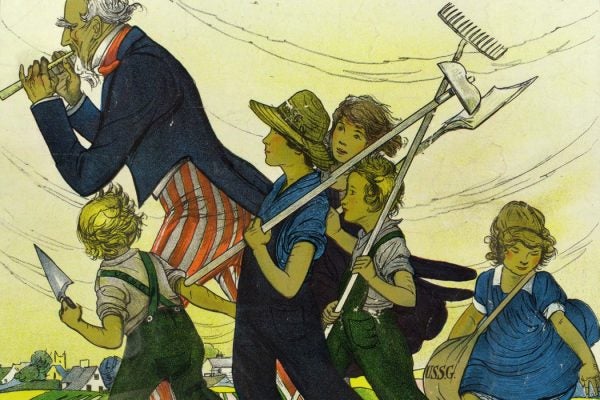