If Dutch citizens want to gaze on Vincent van Gogh’s iconic painting The Starry Night, they need to travel to New York, to the 5th floor of the Museum of Modern Art where the canvas has resided since 1941. 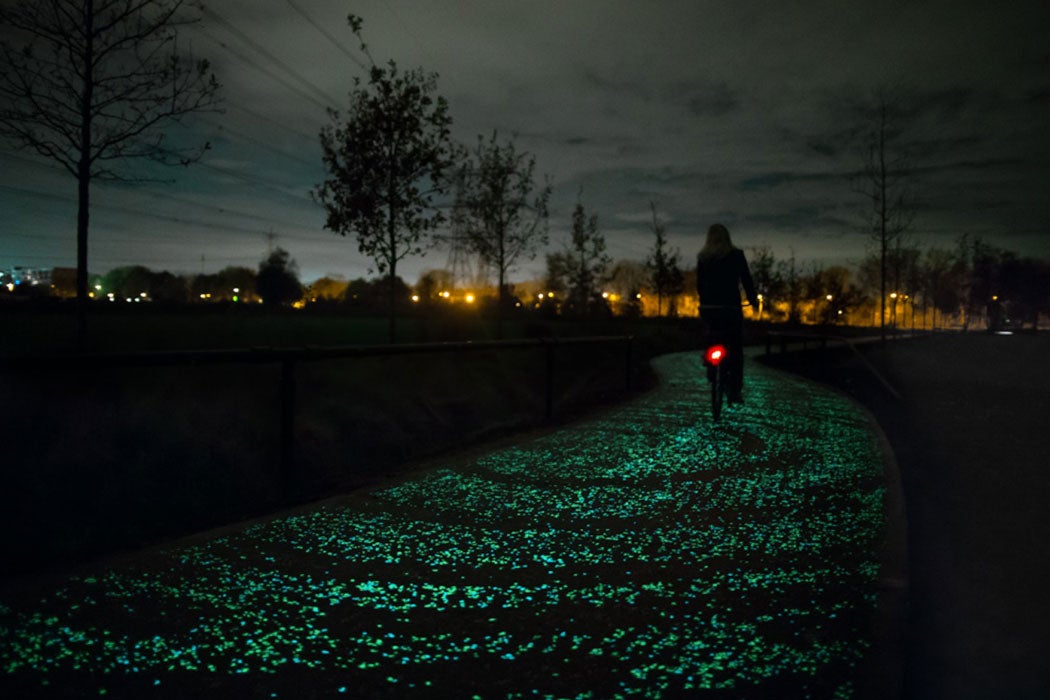 Tonight the moon throbs with light
it seizes from the stars as they rise
and the cypresses grow holy
before my eyes. Wind fills the sky.
—Floyd Skloot, from “Starry Night”

Until recently, if Dutch citizens wanted to gaze on Vincent van Gogh’s iconic masterpiece The Starry Night, they would need to travel to New York, to the 5th floor of the Museum of Modern Art, where the canvas has resided since 1941.

As of this month, however, they can view a Starry Night on their bicycles. To commemorate the 125th anniversary of van Gogh’s death a 35-year-old Dutch artist, Daan Roosegaarde, has built an homage to the painting in the form of a path in the city of Eindhoven, about an hour and a half from Amsterdam.

The half-mile long installation is formed with thousands of solar-powered, green and blue LED lights that mimic the energetic, swirling impasto of the painting, created by van Gogh in 1889, a year before his death.

The installation is part of a 200-mile bike route in the Dutch provence of North Brabant that provides cyclists with a self-guided tour of the countryside that inspired many of van Gogh’s landscapes.

Of course, the dark side of The Starry Night is well-known in art history lore. Van Gogh, who suffered devastating mental illness, was voluntarily confined to an asylum at Saint-Rémy in southern France when he painted the picture, which was a view from the window of his room. Over the decades, there has been much speculation about the meaning of The Starry Night. Some considered it an expression of van Gogh’s profound emotional turmoil, or of deep religious feelings, or even evidence of neurologically based hallucinations.

In its 1941 Bulletin, a MOMA curator writing under the pseudonym “B.” (who was likely then-director Alfred Barr) suggested that the painting’s revolutionary style was not so much a result of the artist’s well-documented psychiatric distress as his transition from Impressionism to Expressionism.

“Van Gogh had been a devout Impressionist under the tutelage of Pissarro and Seurat,” he writes. “But in 1888 he began to respond to the liberating influence of his friends Gauguin and Bernard who upheld the right of the artist to paint from his imagination without regard to realism.” B. argues that van Gogh’s brother Theo resented the influence of Gauguin and Bernard and wanted van Gogh to “stick to the facts” of Impressionism. “Theo,” says B., “did not like The Starry Night or other paintings in the St. Remy style.”

In his poem, “Starry Night” poet and memoirist Floyd Skloot, who has documented his own struggle with neurological disease, visits the painting:

Look: there is a glow inside
the emptiest spaces when we
study their darkness. There is
also a hush no stroke of
a painter’s brush can muffle… 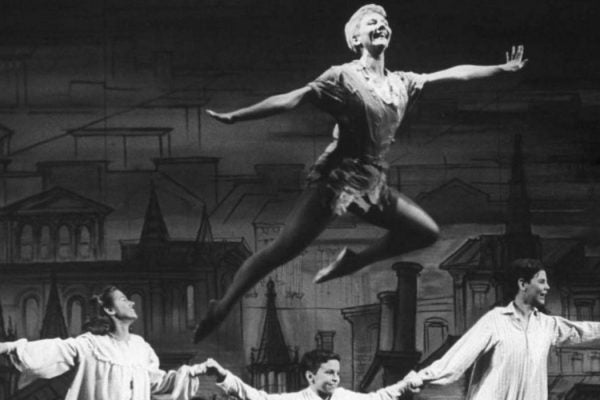 A Lesbian Account of Mary Martin as Peter Pan

It's Mary Martin's iconic 1954 performance as Peter Pan in the live NBC TV broadcasts that are etched indelibly in the collective memory of many.