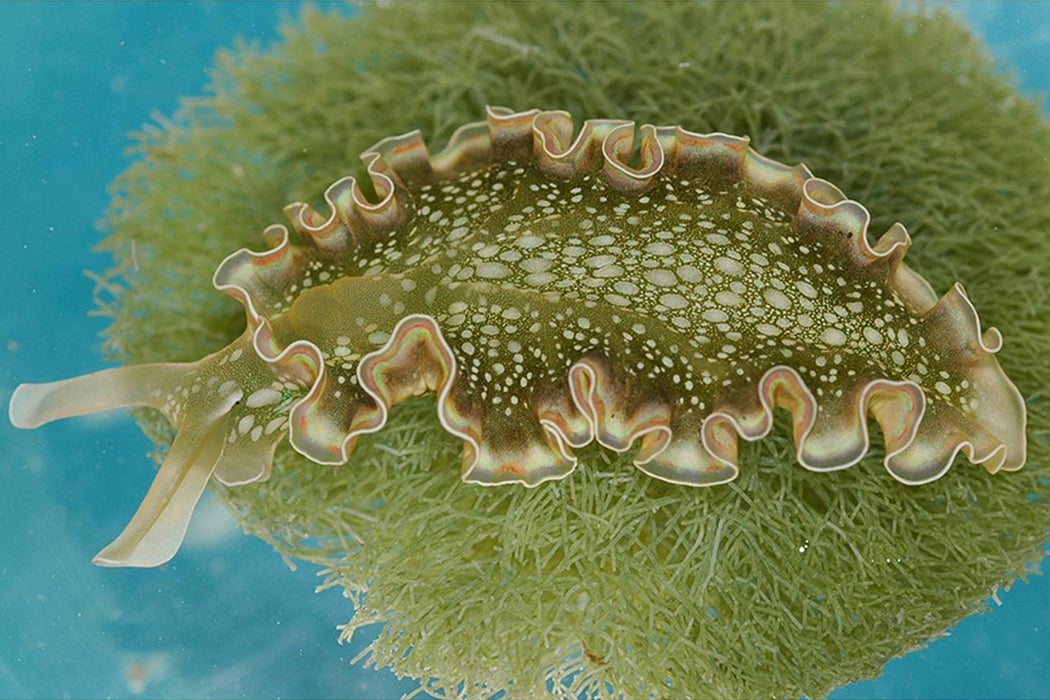 Add to the long list of ocean marvels great and small the humble lettuce sea slug, Elysia clarki. Ranging from a dusky olive to Jell-O lime green, with dramatic ruffles that resemble a flattened scrunchie, the Floridian species belongs to a group of “solar-powered” sea slugs known for stealing chloroplasts from their algal prey and repurposing them to photosynthesize within their own bodies.

This ability to create sugars from sunlight like a plant while otherwise living a regular sea-slug life has fascinated scientists and aquarium hobbyists for decades. But more recent research on the popular species has focused instead on the question facing all marine species: how will these klepto slugs fare with climate change?

Early on, they resemble a translucent, drifting snail, shell and all; within weeks, they convert into shell-less, confident crawlers that simply look like small adults.

The research team, led by marine biologist Gisela Dionísio, compared the development of these slugs’ eggs and offspring in four different seawater settings: present-day, warmer, more acidic, and both warmer and more acidic. The latter tanks represented dramatic climate change conditions—the acidity level they chose was an extreme the ocean hasn’t approached for tens of millions of years (although it’s not absurd to imagine the ocean nearing that acidity in the next century with unchecked fossil-fuel use).

Complicating the fate of solar-powered sea slugs is their unusual life history. Much like a caterpillar or tadpole, they transform from a larval stage into a very different-looking adolescent. Early on, they resemble a translucent, drifting snail, shell and all; within weeks, they convert into shell-less, confident crawlers that simply look like small adults. Ocean acidification is notoriously bad for shell-building creatures, but it’s less clear how it affects animals, like the lettuce sea slugs, that are briefly shelled, then lose the hard protection as adults.

Throughout the experiment, the researchers noted an abundance of changes in the altered ocean tanks: thinner egg casings, larger eggs, smaller larvae, and lower survival. The acidity proved far more challenging than the hot water for the E. clarki eggs to overcome. Conversely, the larvae were far more sensitive to heat. They seemed especially vulnerable to the combination of both heat and acidity, with young slugs in the hotter, more acidic waters developing deformities 40 times as often as those reared in regular seawater.

It’s not exactly news that injecting tons of extra heat and carbon into the ocean is bad for marine life. But the research also found hints of resilience amid the deformed sea slug offspring. The juvenile chloroplast thieves growing up in the heated, acidified tanks pulled off their signature adaptation of repurposing plantlike abilities to photosynthesize just as successfully as their counterparts in the present-day ocean tanks. And because E. clarki, like most mollusks, are rather short-lived, they have many generations ahead to face a more gradual (although still rather abrupt) set of changes, rather than suddenly being plonked into an unrecognizable ocean.

“Till the end of the century, marine organisms will have the opportunity to acclimate and adapt over multiple generations to future changes in the ocean’s climate,” the scientists write, “potentially allowing the species to persist in a changing ocean.” 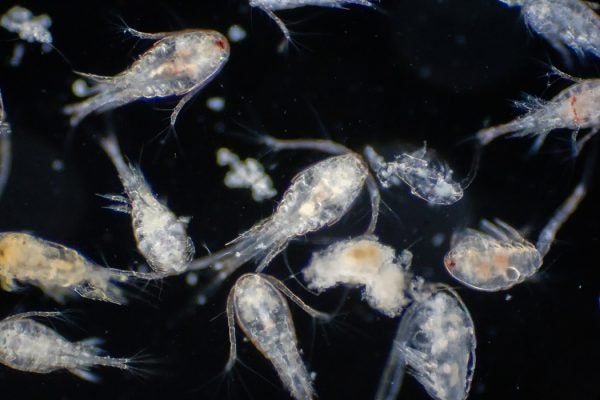 The Little Plankton That Could

Arguably the world's most abundant animal, calanoid copepods can leap like whoa Nelly. And check out their enigmatic embryos!