So You Want to Buy a Pet Chicken?

Looking for a sense of comfort and security by buying a chicken? You’ll get more than you bargained for. 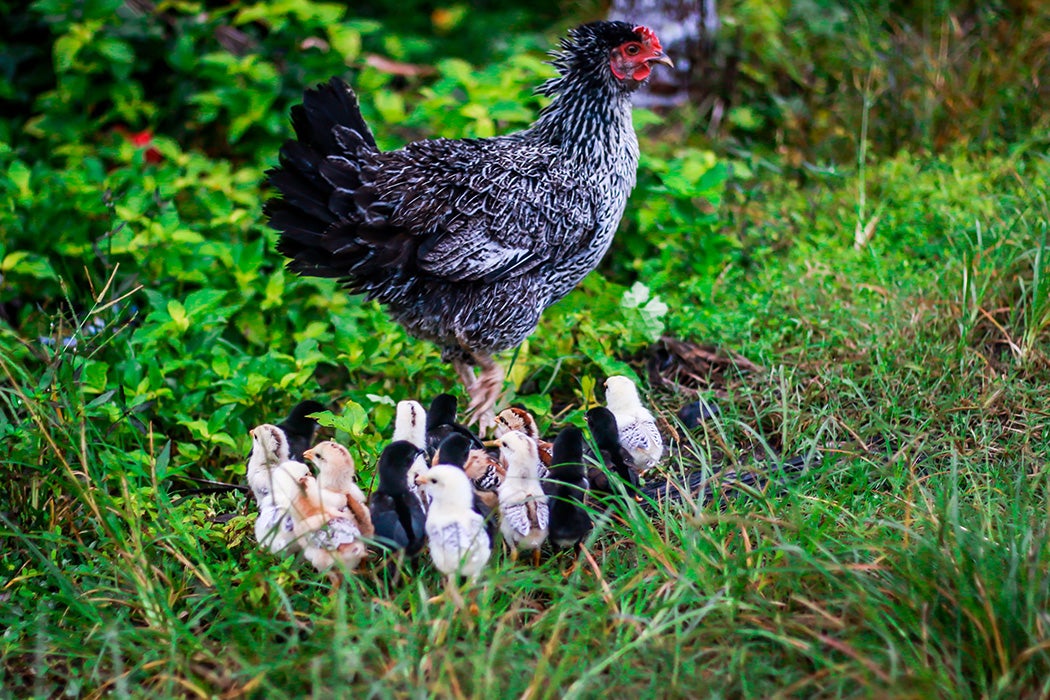 This past spring, as people retreated indoors and a pandemic made individuals and families collectively reimagine their future, certain businesses saw a benefit. Zoom. Amazon. Netlfix. And poultry suppliers.

While sourdough bread was taking over Instagram feeds, a report by The Hustle revealed that another self-sustaining trend was emerging in cities: buying and maintaining chickens. Some suppliers reported more than a 500 percent increase in business.

Chickens don’t just cluck around a yard, despite what childhood nursery rhymes would have many of us believe.

Raising chickens is a practice that gets renewed attention whenever there’s a crisis. A feathery, companionable pet chicken provides a steady source of eggs. You can use their waste as fertilizer. They can eat scraps from your kitchen, minimizing waste. They’re lean, mean, sustainable machines. Why don’t we all we have chickens?

Because, as many new owners quickly realize, there’s more to chicken raising than meets the eye.

As sustainable magazine ReNew explains, chicken keeping has a lot of hidden complexities and costs. First, there’s the fact that chickens don’t just cluck around a yard, despite what childhood nursery rhymes would have many of us believe. They need sheltered coops to sleep in and runs during the day. If you’re handy, you can fix up a coop yourself, but a built shed may cost you hundreds.

If you have a garden and have always dreamed of an idyllic scene of your chickens peacefully walking around it, ReNew warns you to rid yourself of that vision: Chooks will dig, nibble, and maybe wreck a green garden in a matter of days if they don’t have an alternate space to run around in. Your vegetation will need protection, with aptly named chicken wire.

Choosing your chicken is another matter entirely. Some chickens, as it turns out, are more equal than others. You need to decide on your primary chicken purpose. As ReNew explains, purebreds are better for form. Hybrids (commercial crossbreds which yield high egg production) are better for function, capable of delivering more than 300 eggs a year in their first year of egg laying. (Chickens lay fewer eggs as they get older.)

If you’re looking to save an animal, you could opt to adopt an ex-“battery chicken.” ReNew reports that some are deemed commercially unviable when they cannot lay an egg a day, and then are killed for food. Rescuing battery chickens also comes with its own complexities, as they may need extra care and attention to be nursed back to fully feathered health.

Once you have your chickens, you can’t simply leave them unattended and let them hatch eggs. As ReNew reports, “you’ll need to feed and water them, allow them room to exercise and protect them from predators (including dogs).”

Nonetheless, as the poultry boom shows, it’s an investment that pays dividends: “just a little attention and TLC and they will reward you handsomely. And if it means saving one more chook from a life in an A4-sized cage, that’s got to be a good thing.”