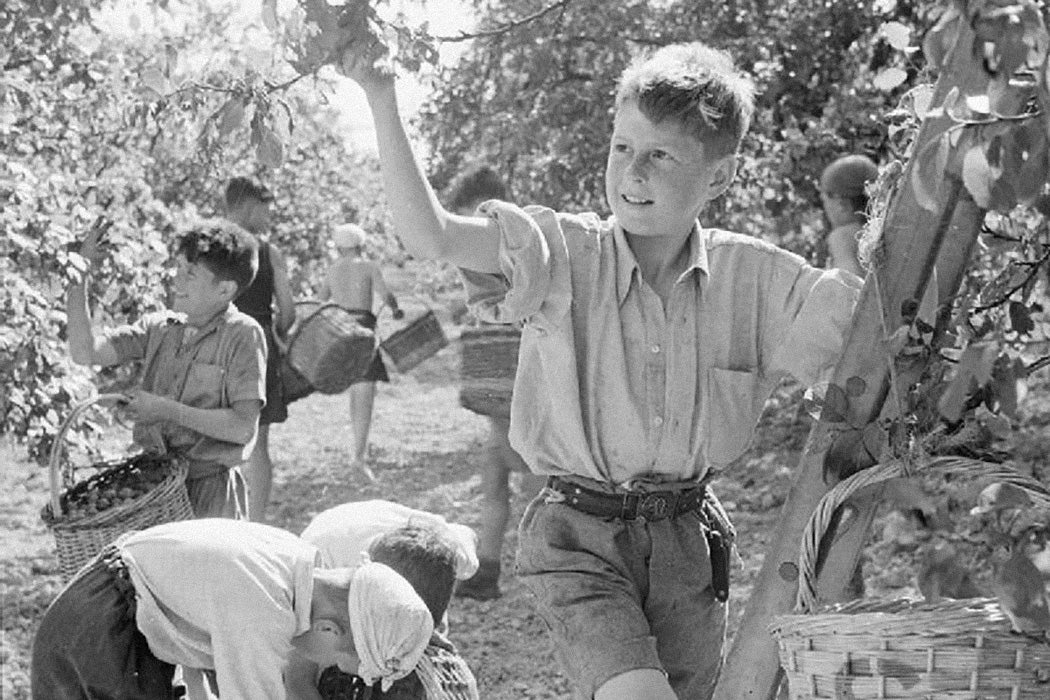 In the early 1940s, England faced a dilemma. Many workers were leaving behind agricultural work in favor of higher paying jobs: serving in World War II. Young men were either enlisting in the armed services or joining the thousands who were building the infrastructure and industry needed to support the war effort. The solution to the looming labor shortage? Convincing kids to harvest crops for the country.

In 1942, R. S. Hudson, then Minister of Agriculture, gave a series of rousing speeches about the need for volunteers to help feed the nation. By his calculations, England needed 150–200,000 adults and more than 300,000 children to volunteer to help bring in the harvest. He begged people to support and join the thousand-plus camps he envisioned across the countryside.

“His appeal met with a massive response,” according to scholar R. J. Moore-Colyer. By April 1943, “shops and offices were inundated with requests for places in harvest camps.”

Hudson’s ideas also faced push-back from teachers, who were concerned that students would become more unruly after their experience picking potatoes.

That’s not to say that everyone embraced the idea of recruiting England’s youth for farm work. The issue, in part, was that harvest camps would not only be held during the summer, they would last into the fall.

“This was not only illegal under the terms of the Education Act and the 1933 Children and Young Persons Act, but met with the fierce opposition of the Board of Education,” Moore-Colyer notes.

Hudson’s ideas also faced push-back from teachers, who were concerned that students would become more unruly after their experience picking potatoes, which offered the children a sense of independence and the possibility of financial gain. Consequently, the British government ruled that students could miss only twenty half-days during the school year for work in fields.

This summer harvest camp initiative was largely successful, according to available records. “Without the term-time release of children it is doubtful whether the one million potatoes grown annually between 1941 and 1944 would have been planted, let alone harvested,” Moore-Colyer concludes.

Conditions were not easy, however, and children from lower-income urban families sometimes didn’t have proper attire for the labor. When Lord Cromwell, a prominent member of the Leicestershire War Agricultural Executive Committee visited harvest camps within that county in 1945, “he was alarmed both at the condition of children’s clothing and the fact that many lacked a decent pair of boots.” Paradoxically, though the children were viewed as essential workers and their poorly shod feet affected their labor output, coupons for upgrading work clothing were ruled out for fear that regular (adult) farm workers would soon demand the same.

Still, despite the sometimes dodgy conditions, young workers flocked to the harvest camps. To attract even more, organizing institutions offered small cash payments (around 30 shillings a week), as well as free lodging and food.

“The prospect of having money in the pocket was both a potent spur to effort and a compensation for having to put up with two or three weeks of regimented living,”  Moore-Colyer writes.

Some schoolboys may have seen the invitation to work in the countryside and live in tents as an adventure that paralleled those being experienced by their older siblings or friends in the military. Occasionally, such as when the Luftwaffe began dropping anti-personnel bombs in the spring of 1944, those parallel lines threatened to converge. Some County War Agricultural Executive Committees encouraged local authorities to offer up school buildings for accommodation, not just for the children’s comfort, but for their safety in a potential war zone.

Children were not the only newcomers to British agriculture in the 1940s—prisoners of war from Germany and Italy joined the harvest, too. However, as the prisoners of war were repatriated and fewer British adults volunteered to work in the fields, labor shortages continued after the end of World War II.

In 1948, the end for children’s harvest camps was in sight, in part because of the raising of the school-leaving age to fifteen. This decision instantly removed 18,000 potential workers from the labor pool.

Were the harvest camps successful? While England still suffered from agricultural labor shortages, young people in the program were introduced to new experiences and at least anecdotally gave the experience a positive review. They had earned some pocket money, gained a bit of independence, and learned skills that might help them in a future job.

Editor’s Note: A previous version of this article incorrectly used the term “fiscal gain.” It has been corrected to “financial gain.” 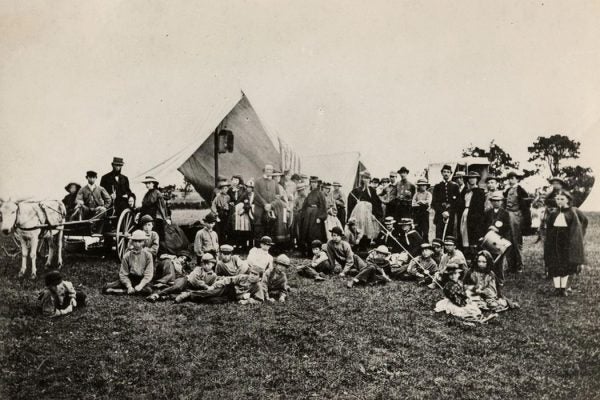