Sharks Are Hiding from Scientists in Plain Sight—Almost

Marine biologists need to count sharks to save them, but the common practice of using video cameras to record populations could be improved. 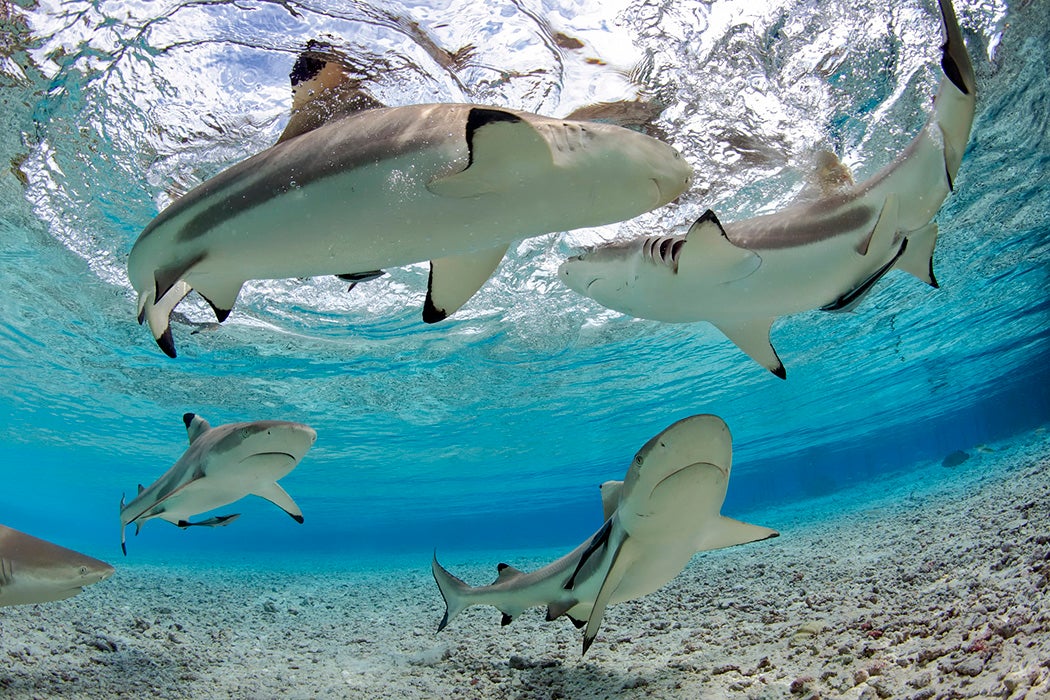 The awe and fear many Americans feel watching Shark Week is familiar to most shark scientists—but not because of the sharks themselves. More troubling are sharks’ declining populations and the consequences for ocean ecosystems without these apex predators. Experts are in a time crunch. Not only do they have to alert the public to issues like overfishing and even the death of sharks due to fishing practices targeting other species, they also still have to gather the most basic data about sharks around the world.

But marine biologists who study sharks and their kin, such as rays and skates, can hardly collect detailed information by swimming through the ocean and hoping to bump into them. To learn about which sharks live in an area, and how many, researchers instead often leave underwater cameras recording next to a tasty hunk of bait. Hours or even days later, they retrieve the cameras and watch the footage. To avoid recounting sharks that are just circling the fishy carcass, they often record only the highest number of sharks they can count in a given frame of the video.

With traditional video cameras, it may be impossible to distinguish ten sharks surrounding the bait trap from a hundred

Scientists freely admit the system has some serious downsides. With traditional video cameras, it may be impossible to distinguish ten sharks surrounding the bait trap from a hundred—either way, the whole screen fills with toothy grins and swishing fins. In this scenario, video surveys over time can give the illusion of a stable shark population in an area, even if the number of sharks plummets. The problem is even worse for larger species, which may easily fill up the screen with only a handful of individuals swimming by.

A team of marine biologists led by James Kilfoil recommends a simple fix: deploying full-spherical video cameras, better known as 360 cameras because they capture footage of everything around them at once. The marine biologists who tested both 360 and traditional video cameras confirmed that the all-around view of the surrounding water made a big difference for more accurately counting sharks. The bulky, bubblelike domes are pricier, but fortunately for shark conservationists, Kilfoil and his colleagues don’t think all the world’s shark researchers should rush to upgrade their video cameras at once. The advantage of data from 360 cameras relative to the old-fashioned variety skyrocketed at sites with lots of sharks but didn’t make much of a difference when fewer sharks were drawn to the bait.

Upgrading the video cameras scientists use to study sharks could have an outsize impact on protecting them—as well as the vast blue kingdoms they inhabit. Hundreds of known shark species around the world are still considered “data deficient” for even basic baseline information, like how many of them there might be, where they breed, or where they roam. And although locals often know when shark populations are in trouble, it can take cold, hard data (and dogged determination) before governments will consider action to protect the threatened marine species and their habitats. 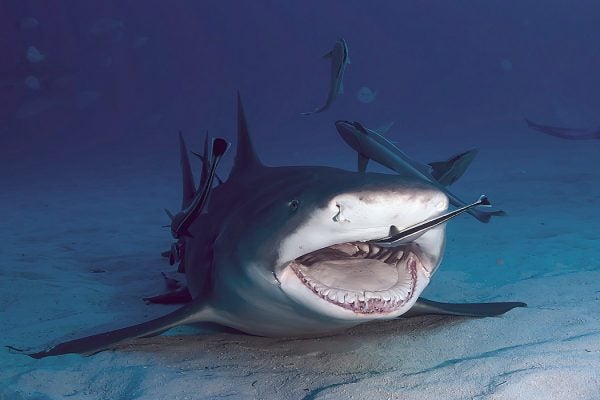 Where the Small Fish Clean the Bigger Ones

A "cleaner station" is a sort of undersea business, a place where large, often predatory, fish go to have parasites removed.