Scientific Researchers Need to Open Up to Collaboration

The apprenticeship model is cutting us off from addressing today’s complex questions. Fortunately, social avenues like ResearchGate and MCubed can help. 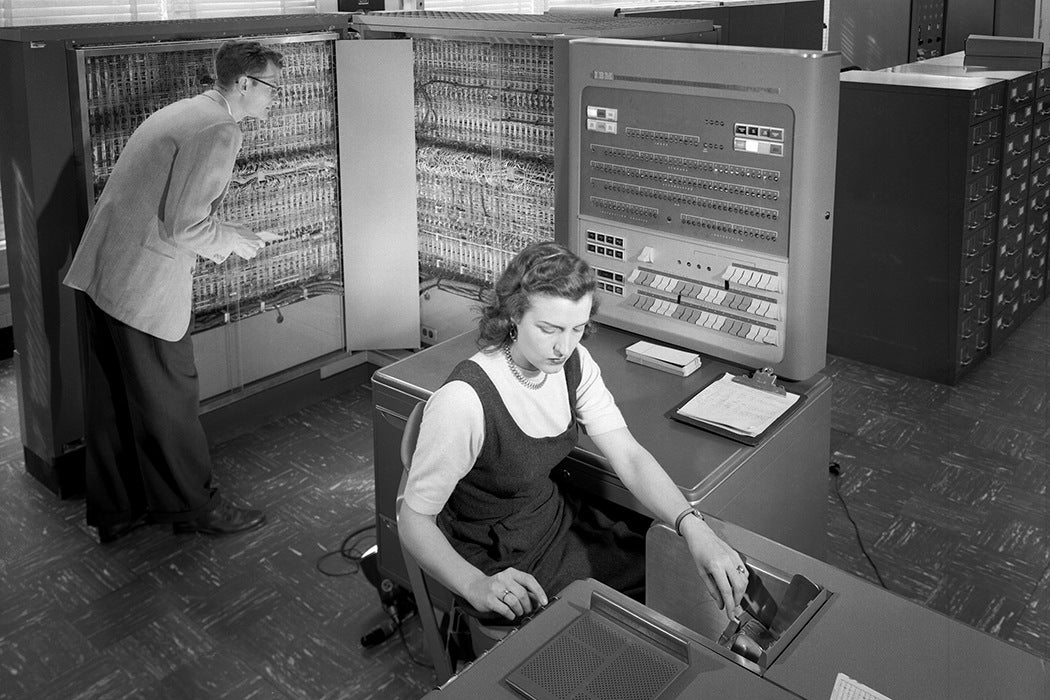 My day at lab used to start out with making a to-do list for the multiple projects I was working on. I was the only one working on these projects, so what I needed to do to successfully complete them was contained in so many Post-it notes. With the exceptions of troubleshooting and touching base with my advisers, I did not feel the need to talk often with my colleagues. Recently, my morning routine has changed. My research group has hired several staff scientists, and some of them were hired specifically to work on my projects with me. In other words, I am now collaborating with other lab members instead of working in isolation.

The Rise of Collaboration in Scientific Research

Collaborative research between different groups—sometimes even among institutions from different countries—is becoming more common. Nature reported in 2012 that, on average, its current Letters (short articles) have at least four times more authors than they did 60 years ago. In addition, papers with 100 or more authors were rare in the early 1980s, but by 1990, there were more than 500 such articles. By 2011, there were 120 physics papers with more than 1,000 authors and 44 papers with 3,000.

One ichthyologist got help from his Facebook friends when he needed assistance identifying fish specimens from photos.

The rise in collaboration is partly due to advances in information-sharing technology. Oregon State University ichthyologist Brian Sidlauskas got help from his Facebook friends when he needed assistance identifying more than 5,000 fish specimens from photos. Sidlauskas tagged his researcher friends, and within 24 hours, they had identified most specimens—a task that would have taken months for Sidlauskas to do alone.

In fact, there is a social media platform specifically for researchers. In 2008, Ijad Madisch, Sören Hofmayer, and Horst Fickenscher launched ResearchGate, which allows researchers to share information and collaborate. The New York Times has called the platform a “mash-up” of Facebook, Twitter, and LinkedIn; researchers can create profiles, post questions, connect with other researchers, and share their publications. Forty percent of surveyed ResearchGate users have said they use the platform to find new peers, which could potentially lead to new collaborations. Emmanuel Nnaemeka Nnadi, a microbiology PhD student in Nigeria, used ResearchGate to get around a lack of expertise and necessary equipment. Nnadi used ResearchGate to email a few of his connections and began a multiyear collaboration with the Italian geneticist Orazio Romeo on fungal infections in Africa.

The platform is growing rapidly. As of March, ResearchGate has more than 12 million users, who are uploading approximately 2.5 million publications each month.

In 2012, the University of Michigan launched a program called MCubed that seeks to provide seed money for novel interdisciplinary research. Users can apply for grants of either $60,000 or $15,000 over an eighteen-month period for a team of three researchers (hence “cubed”—raised to the third power). However, there is a caveat: The team of three has to represent at least two different units—defined as schools, colleges, or programs—to encourage interdisciplinary research.

One MCubed project, for example, combined physics, music, and performing arts to create a dynamic visualization of dark matter, an unobservable form of matter (at least with our current technology) that makes up 27% of all matter in the universe. Although dark matter cannot be observed, scientists know it exists because of its effects on visible matter. The MCubed team created an installation, titled “Jeweled Net of the Vast Invisible,” where people can feel like they are traveling through dark matter by walking through a visual simulation of dark matter’s movements, accompanied by music.

Successful teams is that they are good listeners, they are humble, they are curious about fields beyond their own.

Valerie Johnson, MCubed’s managing director, said that interdisciplinary research is essential in tackling problems in today’s society: “Many research problems are so complex these days that they require expertise from more than one academic field,” she said. “They require a multi-pronged effort… they can be anything from cancer treatments to water quality to preservation of the arts. It’s hard to even name a challenge, truthfully, that doesn’t touch on multiple realms of expertise and disciplines.”

One challenge most researchers have to overcome is learning to speak one another’s “disciplinary languages,” working through differing assumptions, definitions, and methodologies. Johnson said that, to overcome such challenges, members had to be open-minded and eager to learn each other’s fields.

“My observation of successful teams is that they are good listeners, they are humble, they are curious about fields beyond their own, and they are willing to reconsider their own stances and assumptions,” she observed.

Predictably, individual faculty members pursuing their self-interest hampered collaboration. MCubed requires that half the funding be spent on training students or postdocs. In some incidents, one of the faculty members refused to spend the money on another faculty member’s trainee. As a result, their MCubed projects fell through.

“They were not going in with a collaborative mindset,” Johnson said. “They were going in thinking: What’s in this for me? The big question should be: What does our team need to get the job done? That’s more important than my particular preferences being met.”

Studies on collaboration and team science support Johnson’s assertion. Interpersonal skills, like communication, teamwork, and leadership, are essential for collaborative projects like the ones at MCubed.

There Is a Lack of Emphasis on Collaborative Skills in Academia

Back in the days of Robert Boyle (1627–1691)—a prominent physicist best known for describing the inverse relationship between the pressure and volume of a gas (Boyle’s law)—research was done collectively but not collaboratively. In the preface to his A Continuation of New Experiments Physico-mechanical, Touching the Spring and Weight of Air, Boyle credited other scientists whose work helped him in designing and executing his experiments. But Boyle was the sole author; his work, for which he took overall responsibility, was built upon the work of others, but he did not work with the scientists he mentioned.

Although single-author publications are rare nowadays, the current academic research culture is reminiscent of the culture in Boyle’s days. Each laboratory has a general research direction, but that does not mean all lab members work together on the same project or toward the same goal. Even when scientists have trainees, like undergraduate students or more junior graduate students, the trainees may not stay with the scientists. Usually, once the trainees are sufficiently trained, they are given an independent project to work on.

The training model in U.S. graduate schools is commonly described as an “apprenticeship model.” The apprenticeship model might have made sense back in the day: After all, the goal of doctoral training was to produce independent researchers and scholars, so maybe they should work mostly in isolation to develop a wide range of technical skills, rather than specializing.

Today, as Johnson explained, most research problems require multiple kinds of expertise. With the apprenticeship model, trainees miss out on developing essential collaborative skills. Scientists who undergo the traditional training process tend to become detached and isolated from the social scene, but extremely attached to their work. Unsurprisingly, soft, interpersonal skills are best developed in a social setting.

Despite the growth of collaboration and interdisciplinary research, the apprenticeship model has remained relatively entrenched in the United States. The academic culture still does not focus on the development of interpersonal skills; collaborative research and teaching are on the back burner during faculty meetings. At a major research university, getting tenure mostly depends on publications and funded grants, not on activities that foster collaborative skills, such as teaching and leadership service. This holds true for graduate students and postdocs who want to go into academic research: Publications and fellowship records are key.

Perhaps it is time for academic institutions across the country to recognize that systematic changes are needed. One possible way is to adopt more programs like MCubed that encourage researchers to form teams with others from different fields. MCubed had a successful first cycle (2012–2014): The $14 million initiative brought in at least $60 million in additional grants (the money came from 15 percent of the cubes).

Moreover, Johnson pointed out that she and other MCubed administrators are in the midst of expanding the program. “We are in conversations with other institutions who are interested in the MCubed model,” she said. “And we are in the early stages of exploring MCubed national, which would allow formation of cubes across the nation.”

Tags, Blogs, Tweets: Social Media as Science Tool?
By: Lesley Evans Ogden
BioScience, Vol. 63, No. 2 (February 2013), p. 148
Oxford University Press on behalf of the American Institute of Biological Sciences
The Epistemic Significance of Collaborative Research
By: K. Brad Wray
Philosophy of Science, Vol. 69, No. 1 (March 2002), pp. 150-168
The University of Chicago Press on behalf of the Philosophy of Science Association 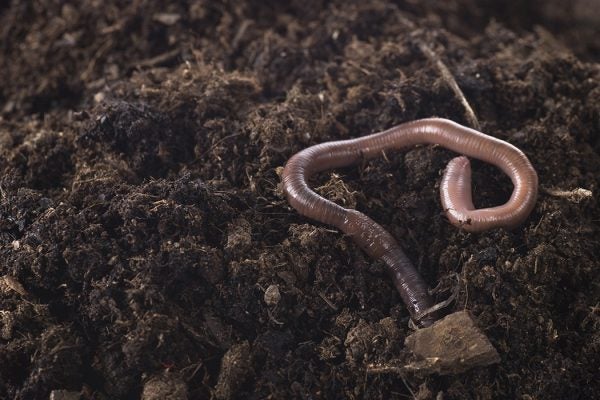 Earthworms are often portrayed as beneficial to the environment, but in North America's temperate forests, they are a disaster in action.