It’s difficult to pinpoint exactly when the taco was invented, but the taco truck has grown from humble origins to inspire an entire mobile food revolution. 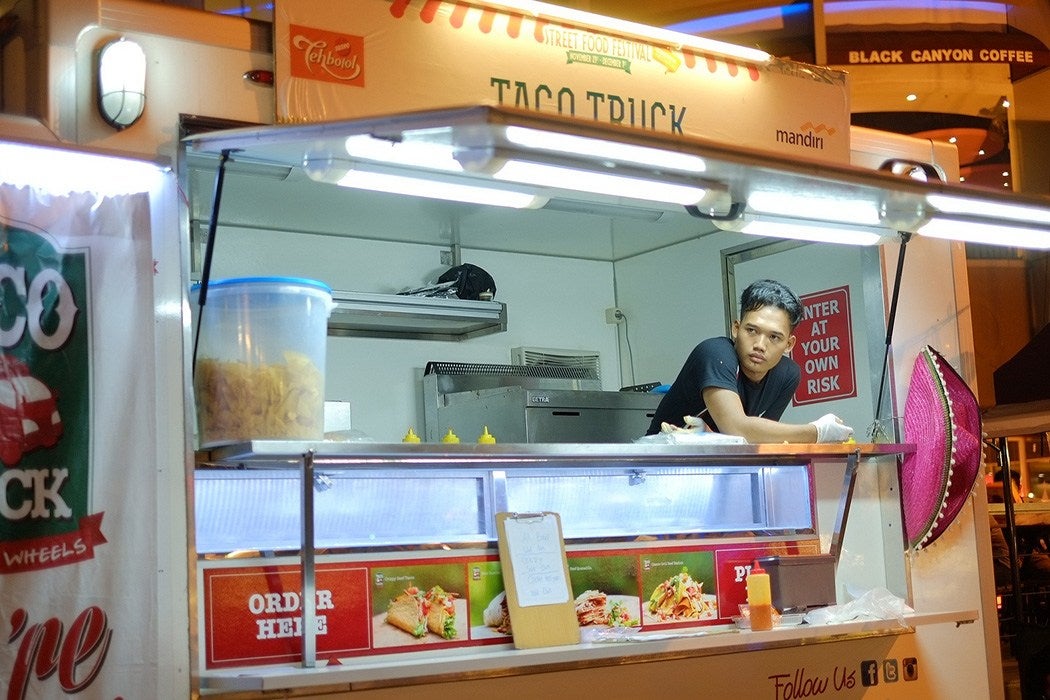 It is difficult to pinpoint exactly when the taco was invented. Using a flattened cake of corn masa (AKA a tortilla) as a vehicle for food was a tradition long before any written record of the process. Indeed, many of the words we use to describe various indigenous foods, like tortilla and taco, were brought to the country by the invading Spanish. Therefore the exact date of the creation of the taco is lost to history.

It does seem that first colloquial use of the word taco was in a 1891 novel entitled Los Bandidos del Rio Frio, written by Manuel Payno. This usage pegged the origin of the term to Mexico City, though whether this is accurate is still up for debate. At the time the food was most closely associated with miners, but many other on-the-go workers were also known to bring or purchase tacos for lunch. The origins of the taco truck then are the local taquerias and enterprising women selling tacos from baskets at various work sites around Mexico. (This article offers a fascinating, in-depth take on the history of the taco, including Taco Bell’s unique role in popularizing the crisp taco shell!)

Raul Martinez is credited with opening the first taco truck, in 1974.

This connection with the working class persisted, even as workers from Mexico migrated up the coast into what is now California. However, the variety of ingredients available in the U.S. expand the traditional taco in many ways. Flour tortillas were available for the first time and taco dorados (golden hard shelled tacos) became more popular. Fresh vegetables, such as shredded lettuce, were added. With people from other ethnicities discovering the delicious food, the demand for tacos grew alongside the new variations.

Much like the taco itself, pinpointing the exact date of the first taco truck is a bit difficult due to the transient nature of the business and the lack of records. The person credited with opening the first taco truck is a man named Raul Martinez. In 1974 Martinez converted an old ice cream truck into a mobile taco making station and parked it outside of a Los Angeles bar. His idea was a huge success and after only six months of working out of his truck he was able to open a restaurant, King Taco, which he later turned into a multi-million dollar chain.

On the heels of his success, taco trucks became a familiar sight in California and the southwestern U.S. It didn’t take long for other food businesses to catch on to this strategy and in the early 2000s the food truck trend became a national (now international) phenomenon.

Of course, not everyone is happy about this trend. More traditional brick and mortar restaurants, as well as some neighborhood associations, still oppose the growing number of food truck businesses. Numerous laws and regulations have been put in place across the country in order to curb the number and location of mobile food vendors. Even so, there are still over three million mobile food vendors operating in locations across the U.S. today, with cuisine ranging tacos to a truck that serves Irish-Eritrean fusion and everything in between.

The taco truck has grown from humble origins to inspire an entire mobile food revolution. 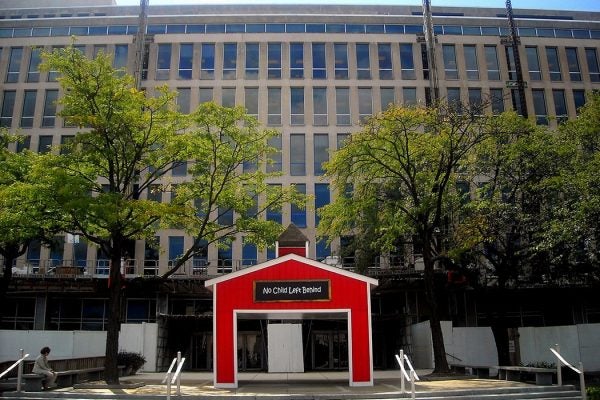 Does the U.S. Need a Department of Education?

The U.S. Department of Education has been controversial since President Jimmy Carter started it in 1979. Now many are wondering if it needs to exist.