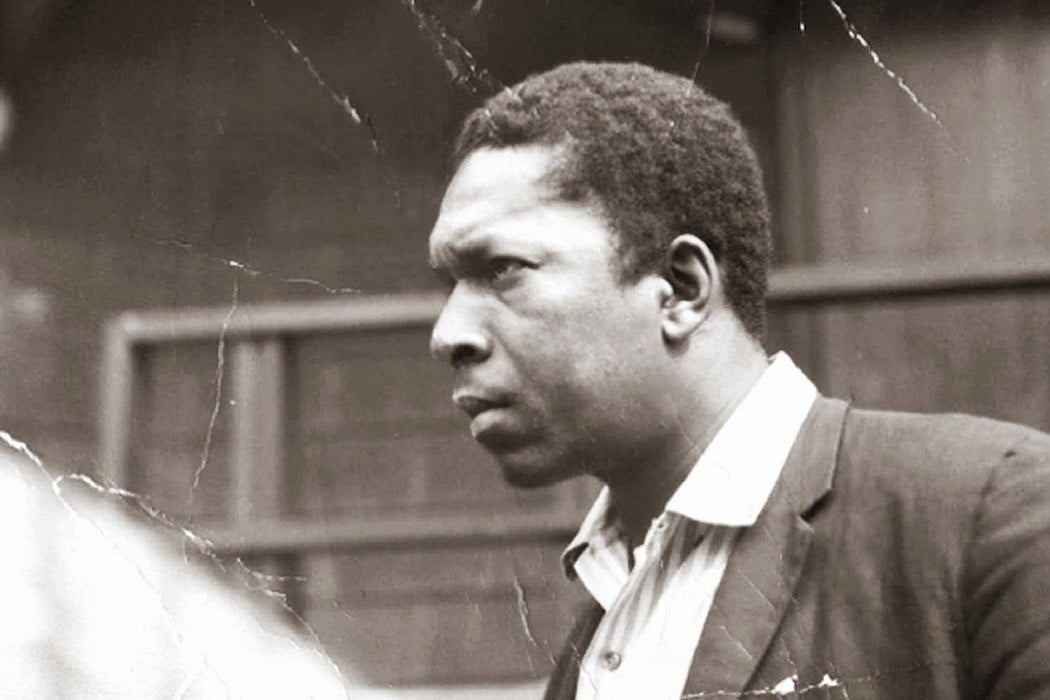 Coltrane in 1962, the photo was later used for the cover of A Love Supreme
via Wikimedia Commons
By: Ellen C. Caldwell
3 minutes
Share Tweet Email Print

The pioneering jazz artist John Coltrane was born 90 years ago on this date. Despite his untimely death at only 41, Coltrane’s impact on the world of music is still felt today.

Arun Nevader pays tribute to Coltrane and his lasting influence by exploring the complexity of his music, composition, and spirituality. Nevader opens with the following quote: “The MUSIC of John Coltrane is not easy listening. It is not meant for people on a five-minute lunch break—as D.H. Lawrence once said of his own prose.” As Nevader puts it, “Coltrane transformed the saxophone…[he] lent a human voice to his instrument that at once seemed visionary, visual, spatial. His sound escaped any ordinary, objective definition.” Coltrane helped to develop and make famous free jazz, an avant-garde approach to break down traditional jazz music without the traditional meters or conventions.

Nevader makes apt comparisons of Coltrane’s auditory art to the visual arts, claiming that the musicians of New Jazz “altered the structure of music in the same way that French Impressionists had redefined the nature of color.”

Nevader, in many ways, pleas for a larger understanding of and more meditative listening to Coltrane’s music in order to fully appreciate the richness, complexity, and sheer magnanimity of Coltrane’s oeuvre and influence. While people largely revere Coltrane’s work now, Nevader argues for a deeper and more full appreciation of his genius. “Coltrane begins inside the space of musical mass and remains there. We must enter his meditation to follow his sound.” The act of listening closely is a deeply meditative process that the average person does not engage in everyday. Coltrane’s music is characterized by nuances that the untrained ear might not immediately appreciate nor fully understand. “It is an unfortunate fact that people wish to be pleased by art in general and music in particular. In the broadest sense most art reflects and reinforces a common state of mind.”

But despite the complexity and uniqueness of Coltrane’s compositions, and in fact surely because of it, listeners continue to love, study, and celebrate Coltrane’s short life and lasting contributions. Richard Turner documents Coltrane’s life in a compelling biographical sketch of the musician. Multiple poets commemorate John Coltrane as well, a testament to the cross-disciplinary nature and reach of the arts.

In A. B. Spellman’s poem “Dear John Coltrane,” he walks the reader through the transcendental journey that we as listeners are privy to when immersing ourselves fully in Coltrane’s harmonies. In his poem, Spellman sits listening to “Trane’s Slow Blues”:

now it’s your line that opens, & opens
& opens…this view
the one i cannot see with my eyes
open.” (The entire poem can be downloaded here.)

It seems that Spellman and Nevader agree: if Coltrane’s “appeal is widespread, it is because he subjected traditional melodic and harmonic concepts to an intense scrutiny which took the form of an extraordinary spiritual quest.” 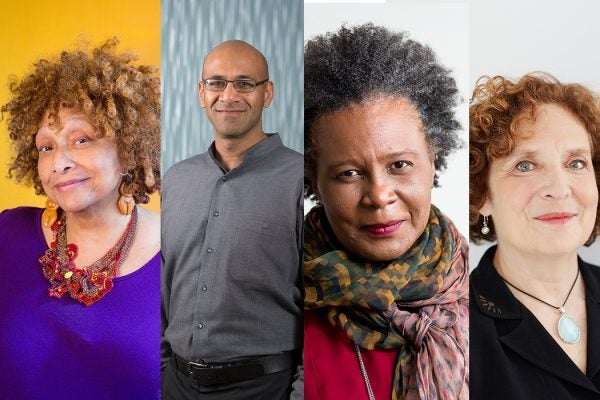 Getting to Know the MacArthur “Genius” Fellows

This year's MacArthur Genius Fellows are a diverse group of artists, scientists, lawyers, writers, and more.