The Psychology of Copycat Crime

A recent wave of subway slashings in New York City is an opportunity to examine the criminology and sociology behind copycat crime. 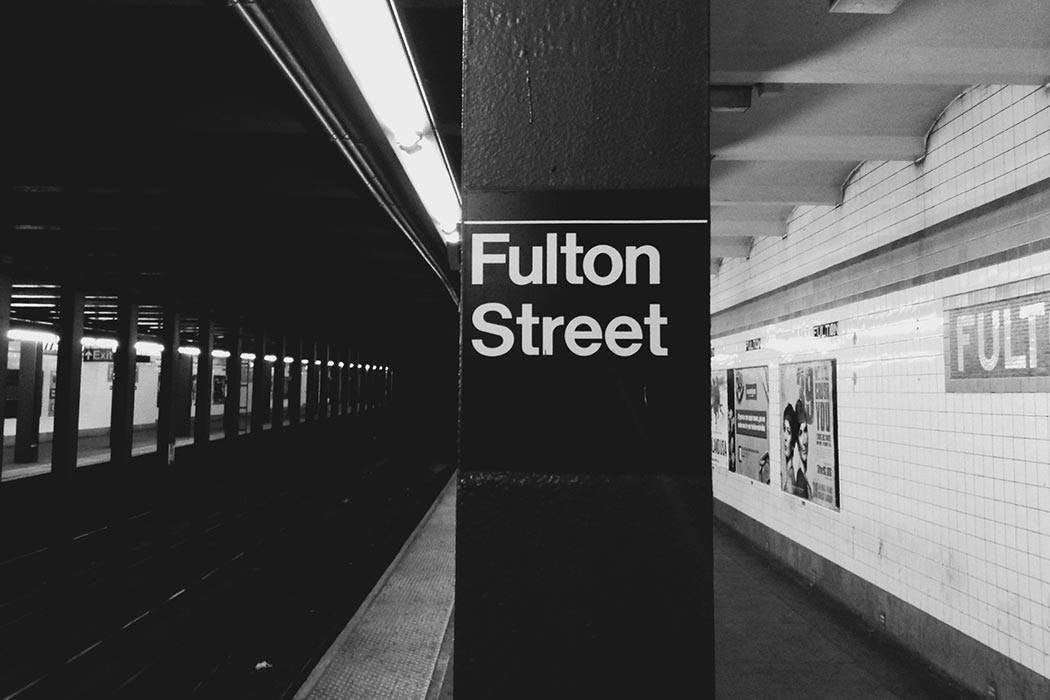 You are standing on the subway platform, waiting for the next 6 train, which is coming in two minutes. You are just behind the yellow line, toward the middle of the platform, when, suddenly, you feel a stinging sensation across your left cheek, like someone just punched you in the face. You put a hand up to your face and feel something warm and wet. When you bring your hand down, you see blood—your blood.

You can’t reach for your phone because your hand is covered in blood. No one around you seems to have noticed that anything happened—everyone is listening to music with headphones or playing games on cell phones. You go into shock. And you realize you don’t even know who attacked you—or why.

Since mid-December 2015, there have been some two dozen slashings in New York City, many of them on or near subway platforms. The media has speculated that these crimes are copycat in nature, meaning that the subsequent slashings were inspired or motivated by the initial crimes in December. However, the New York City Police Department claims there is little evidence to suggest that the crimes are related.

“The issue with any of these splurges in crime is that you have to differentiate between an increase in reporting and an increase in crime,” says Raymond Surette, a criminologist at the University of Central Florida. Just because you read more about a particular type of crime in the newspaper, he says, doesn’t necessarily mean that there have been more incidents of that crime. It might just be that particular type of crime is getting more media coverage than usual. Even though “criminology has traditionally given credence to copycat crime, it has not done so through the lens of the media,” he says.

Other explanations have to be eliminated to determine if a crime is really copycat, Surette adds. This includes whether or not the same person is committing the crimes, which seems to be the case for some of the recent slashings. Criminologically speaking, you can’t copycat yourself. However, “knowing whether or not a crime is copycat probably isn’t super helpful to the police when it comes to solving these crimes,” he says.

Even though Surette believes that these NYC slashings are probably connected on some level, “the only way to really determine if a crime is a copycat crime is to catch the criminal and ask exactly why they did it.” And even then, the interrogator has to rely on the criminals to tell the truth, which they don’t always do.

In the mid-1990s, Columbia Pictures released the film Money Train, featuring a scene where one of the characters attempts to set a subway-token booth attendant on fire. Not long after the film opened, two men actually set a Brooklyn subway-token booth attendant on fire. This might seem like a cut-and-dried example of copycat crime, but it actually isn’t.

“It is still unclear whether or not the men had seen the movie,” says Surette. “Initially they said they hadn’t, but their story seemed to change.” If they hadn’t seen the movie themselves, they still could have heard about it from a review or a friend who saw it, but we have no way of knowing without a doubt if this particular crime was a copycat.

In his 2006 book, Urban Nightmares: The Media, the Right, and the Moral Panic Over the City, Steve Macek, a professor of communications at North Central College in Illinois, discusses what he calls the “Cinema of Suburban Paranoia.” That is, films that riff on suburban fears of urban environments, such as fear of the subway as a place of criminal activity and terror. He cites Money Train as one of these films—and mentions that the film likely had a influence on the actions of the criminals who actually did set a subway booth attendant on fire.

Whether or not these more recent subway attacks are copycat crimes or simply coincidental, they are still a terrifying phenomenon.

The notion “that imitation can play a role in the genesis of crime is an old idea going back to the late-19th-century writings of French criminologist Gabriel Tarde,” says David Greenberg, a sociologist at New York University.

One of Tarde’s contemporaries, Gustavo Tosti, wrote about Tarde’s sociological theories in Political Science Quarterly in 1897. Tarde proposed that copycatting be defined by “the influence of one brain upon another brain.” This influence has two stages: “(1) a model and a copy, that is to say, an idea which tends to reproduce itself by suggestion; and (2) an act of imitation by which the reproduction is accomplished.” The latter, “an act of imitation,” translates into copycat crime.

However, the term “copycat” was first used to describe patterns of criminal behavior by David Dressler, a former executive director of the New York State Division of Parole and sociologist,  in 1961. His article, “The Case of the Copycat Criminal,” ran in the New York Times on December 10 of that year. The article’s subtitle, “When crime comes in waves, simple imitation plays a large part in the phenomenon,” serves as a good summary of Dressler’s overarching argument. When a series of similar crimes occurs in a given period of time, he argues, there is a high likelihood that the criminals are copying one another.

However, some academic experts in criminology take a different approach. “I don’t believe there is a legal category of copycat crimes,” says NYU’s Greenberg. Whether or not a crime is characterized as copycat doesn’t play an important role in how law enforcement solves the crime or in how courts prosecute criminals, he says.

So maybe it makes sense that, even though it has been 55 years since the term was introduced, there still is not a lot of good research on copycat offenders, says Raymond Surette. What we do know, he says, is that crime waves tend to follow fairly predictable patterns and usually run their course within two to three months. Although there is “not enough data from the recent slashings to do a rigorous empirical analysis,” Surette says, “one can predict that the crime wave has almost run its course by this point.”

Jacqueline Helfgott, a professor of criminal justice at Seattle University, says that some research suggests that criminals get their ideas for their crimes from the media, and that there does seem to be an effect of the media on at least a subset of people. “Excessive media attention to a particular type of crime can be a risk factor for criminal behavior,” she says.

There is a subset of the population known as “edge-sitters,” Helfgott says. These are people “sitting on the edge” between normal and criminal behavior. “A lot of things can provoke them,” she adds, “including pop culture, increasing the likelihood that they will engage in criminal behavior.” If a so-called edge-sitter sees reports of a subway slashing on the evening news, they might be inspired to slash someone on the subway.

However, some researchers say media coverage does not matter, says Helfgott. Plenty of people watch the news, but they don’t all go out and commit a crime because they saw that someone else did it on TV.

The recent attacks in New York City seem unrelated, but there aren’t enough details to pass judgment, says Helfgott. The subway presents an environmental opportunity for a number of reasons, she says. Although there are typically plenty of people on the train or the platform to witness a crime, each of these people is also a potential victim or perpetrator, and they are all in a confined space. The criminal blends into the crowd.

But before you have a panic attack about riding the subway, it is important to understand what it means when the NYPD or Transit Authority reports an increase in this kind of crime, and why it doesn’t necessarily indicate an outbreak of copycat crime.

More violence in the news gets more clicks and makes more money—whether or not more violent crimes really are happening.

A 15 percent increase in this type of crime in NYC is not a large one, says David Greenberg. When you have a very low base rate, he explains, a big increase percentage-wise can actually mean an extremely small number of cases. An increase of seven slashings to eight slashings from one month to the next, for example, amounts to a 14.2 percent increase. Likewise, a 15 percent increase means that 85 percent of the occurrences are at a routine level. “These percentages can jump around a lot,” Greenberg says, “and it means nothing.”

Even though the increase in crime isn’t that significant, excessive media coverage can make it seem like a much larger spike than it is, says Greenberg. “Stories about violence in our midst attract readers,” he says. More violence in the news gets more clicks and makes more money—whether or not more violent crimes really are happening. When fewer violent crimes are committed overall, other, less-violent crimes tend to get more coverage, making it seem like there are more instances of them.

“The linkages between these [NYC subway crimes] only seem to be made by the journalists writing about them,” says Gray Cavender, a professor of criminal justice at Arizona State University. “These stories don’t seem to have a lot of similarity,” he says. The weapons, the victims, the motives—they are all inconsistent.

“Coming up with a way to analyze copycat crime is hard,” says Cavender, “and a journalistic application of the term ‘copycat’ might not necessarily fulfill scholarly criteria.”

Share Tweet Email Print
Have a correction or comment about this article?
Please contact us.
crimeNew York CitypsychologysociologysubwaysviolenceJournal of Epidemiology and Community HealthPolitical Science QuarterlyUrban Nightmares: The Media, the Right, and the Moral Panic over the City 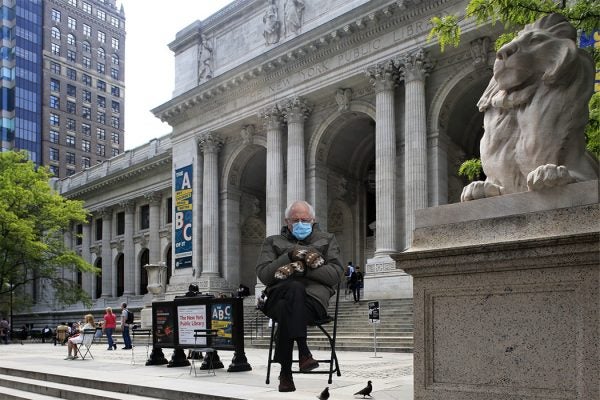 A Vintage Op-Ed from Bernie Sanders

Bernie Sanders' February 2003: "On My Mind: The Patriot Act's Threat to Libraries" published in American Libraries.