The “rational choice” model alone doesn’t account for voting behavior. So what does?

Recent news coverage has been dominated by the fallout from the US midterm elections, with the Republicans thrashing the Democrats by an even greater margin than most commentators had predicted. Given that many—perhaps most—voters rarely change their political allegiance, these kinds of turnaround are due in large part to swing voters in a few key states (and this is true not only in the US, but also in other countries with similar electoral systems, such as the UK).

So how do these floating voters decide where to drop anchor? In a classic paper, George Quattrone and Amos Tversky contrasted the rational choice model with a more psychological approach known as prospect theory. The rational choice model holds that—to paraphrase the Sex Pistols—people generally know what they want and know how to get it. So, at election time, they weigh up the fors and againsts of each party or candidate and cast their vote for whoever seems most likely to help them get more of the things they want (whether this is clean air, small government, or simply as big a pay check as possible). The psychological approach argues that, in reality, people are not such coolly rational calculators and are affected by all kinds of psychological factors, including emotional responses and biases in processing and memory.

Psychologically speaking, losing money is more than twice as bad as winning the same amount.

The easiest way to understand the difference between the two approaches is to consider some simple examples with money. Both acknowledge a phenomenon known as risk aversion. Suppose I offer you a simple gamble on a coin toss: heads, I give you $150, tails you give me $100. Would you take the bet? Mathematically speaking you should: Your chances of winning are exactly 50/50, and you can gain more than you can lose. So why do most people refuse? The answer is that we as a species hate risk (i.e., we are risk averse). In fact, most people won’t take the bet until the potential winnings are raised to around $250. That’s right: psychologically speaking, losing money is more than twice as bad as winning the same amount.

But while both the rational choice model (utility theory) and the psychological model (prospect theory) build in risk aversion, only the latter assumes that—in some circumstances—risk aversion flips into risk seeking. Suppose you lose the coin toss and owe me $100. I then offer you double or quits: tails, you owe me a total of $200; heads, I forgive your debt. Now, most people will take the gamble (and even those who won’t are—admit it!—more tempted than in the first scenario). From a purely financial standpoint, this makes no sense. In both cases, flipping tails will leave you $100 worse off than you otherwise would have been. But we don’t see it like that. We’re risk averse when faced with a potential gain (“I’m not going to take a risk for a chance to win $150”), but risk seeking when faced with a potential loss (“I’m going to lose $100 anyway, so I might as well take the gamble”).

What has this got to do with elections? Everything. In Quattrone and Tversky’s study, participants were offered the choice between two fictitious presidential candidates, Frank and Carl. The table below shows the rate of inflation under each, as predicted by two leading independent economists (it also shows the predicted rate for the rest of the world, which is the same regardless of which candidate wins). Who would you vote for?

Did you pick Frank? If so, you are like the majority of respondents (74%) in the original study. Inflation is well under the average for the rest of the world, so why rock the boat by voting for Carl, when economists can’t decide whether he’ll make the situation better (4% inflation) or worse (26% inflation)? This is a classic case of risk aversion.

Another group of participants were offered the same scenario with just one small change: the projected inflation rate for the rest of the world was given as 4% (Economist A) and 6% (Economist B). Under the rational choice model, this should not affect voters’ behavior at all. After all, the projected inflation rate under each Presidential candidate has not altered. But under the psychological model, it makes all the difference in the world. Compared to a rest-of-the-world rate of around 5%, a national inflation rate of about 15% looks like a disaster. Consequently, risk aversion flips to risk taking – at least for some voters – with almost twice as many (48% as opposed to 26%) now willing to take a punt on risky Carl.

This pattern—risk aversion in good times, risk taking in bad times—is exactly what is predicted by the psychological model, but a mystery under the rational choice model What could be less rational than letting your decision be influenced by irrelevant information: the inflation rate in the rest of the world, which is the same whichever candidate wins? It also offers a new spin on the well known advantage enjoyed by the incumbent: It’s not so much that he can use the trappings of office to his advantage; more that – as the status quo – he is almost by definition the safer choice. So provided that times are good (or, at least, OK), risk aversion on the part of the voters will ensure his reelection.

The flip side is that, when times are bad, the incumbent will suffer from risk taking: “Screw it”, the voters think “I’m gonna vote for the other side. How much worse can it get?”. What prospect theory tells us about the recent midterms then is that—despite some signs of an economic recovery—US swing voters clearly feel that the country is still in dire straits. 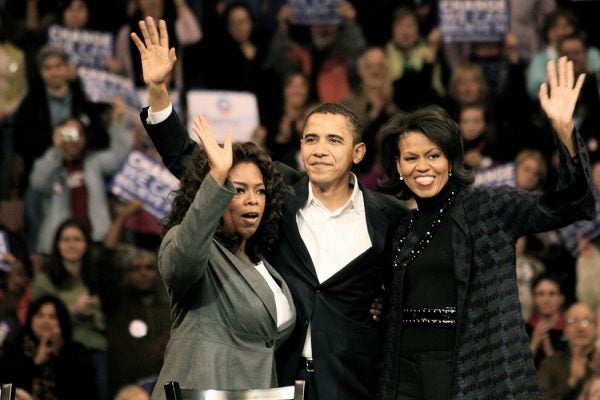 Studies show that viewers do gain political knowledge through daytime television and other forms of "soft news."