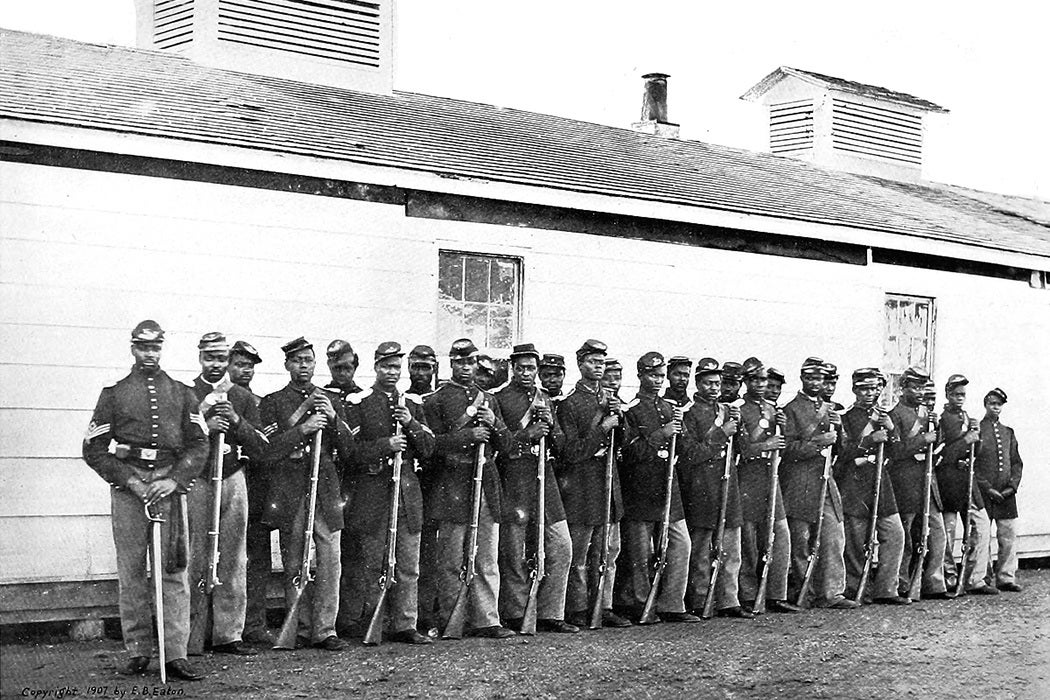 At the Smithsonian’s new National Museum of African American History and Culture, a small object is getting a lot of attention. An album of Civil War photos portraying 17 men of Company G, 14th Regiment, United States Colored Troops was a gift from the descendants of Captain William A. Prickitt, the white officer commanding those black troops, and the person most likely responsible for writing the names of the men in the album. These names make the album quite rare, since few of the 200,000 African American soldiers who served in the Union Army have been identified in photographs.

So how should we look at such photographs of the Civil War? Alan Trachtenberg presents a primer on reading “the first significant crisis in modern [American] history to occur within the memorializing gaze of a camera.” Photographs are the primary means we have of historicizing the Civil War, but he wants people to be wary: photographs may not be incontrovertible evidence of history, even though many believe that “historical knowledge declares its true value by its photographability.”

In the 1860s, cameras didn’t have exposure times fast enough to capture movement. Civil War photographs are therefore made up of individual and group portraits and landscapes revealing the aftermaths of battle. The battlefield scenes may not have the same affect on us today, but for those not in combat at the time, the visible corpse-strewn landscapes were a true horror. Trachtenberg recounts the essayist Oliver Wendell Holmes, who, having been on the battlefield searching for his wounded son (who later became one of our most famous Supreme Court Justices), wanted to strike the images from his sight. Yet what Holmes Sr. called the photographic relics of the “repulsive, brutal, sickening, hideous” war could also not be looked away from. 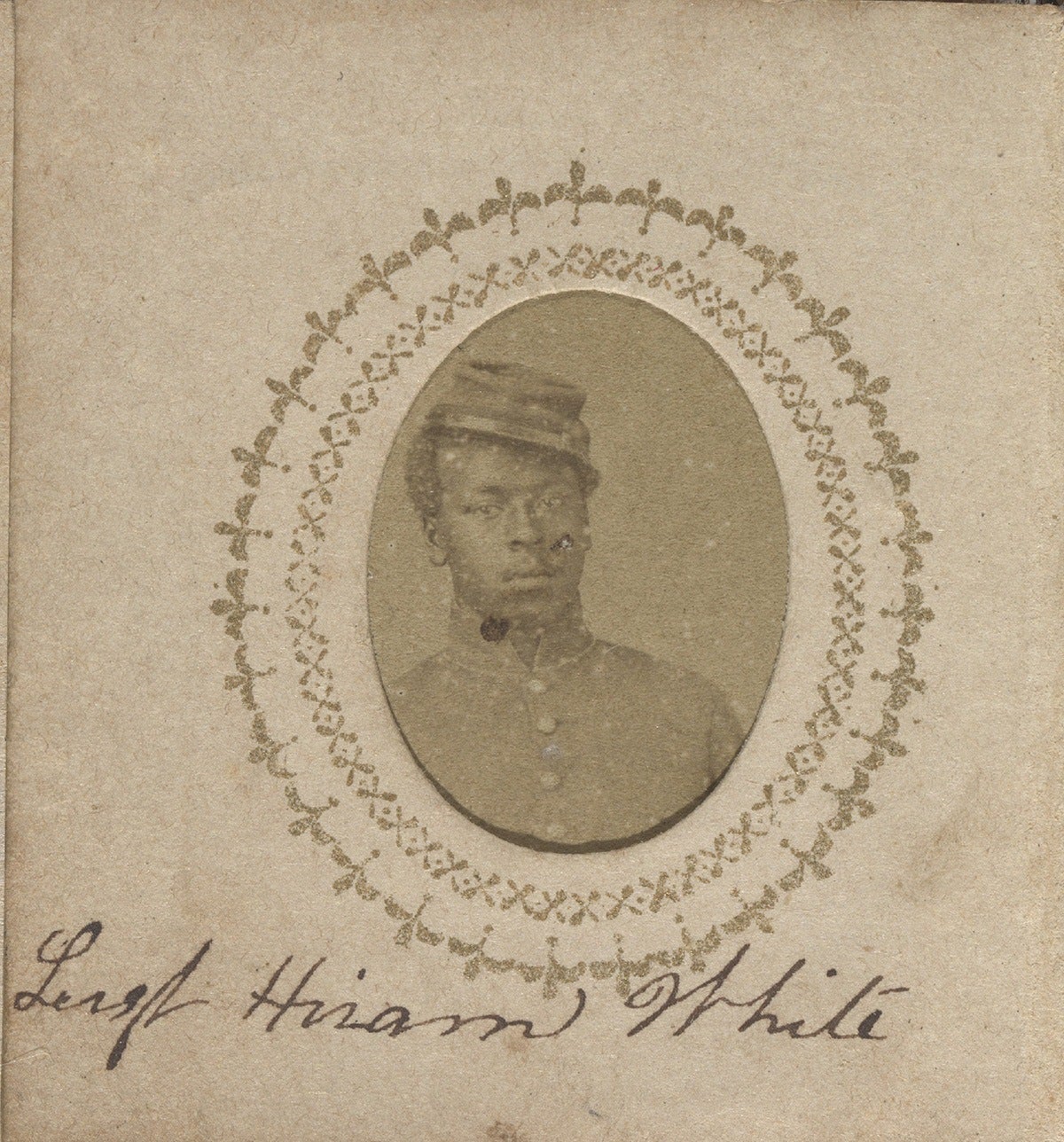 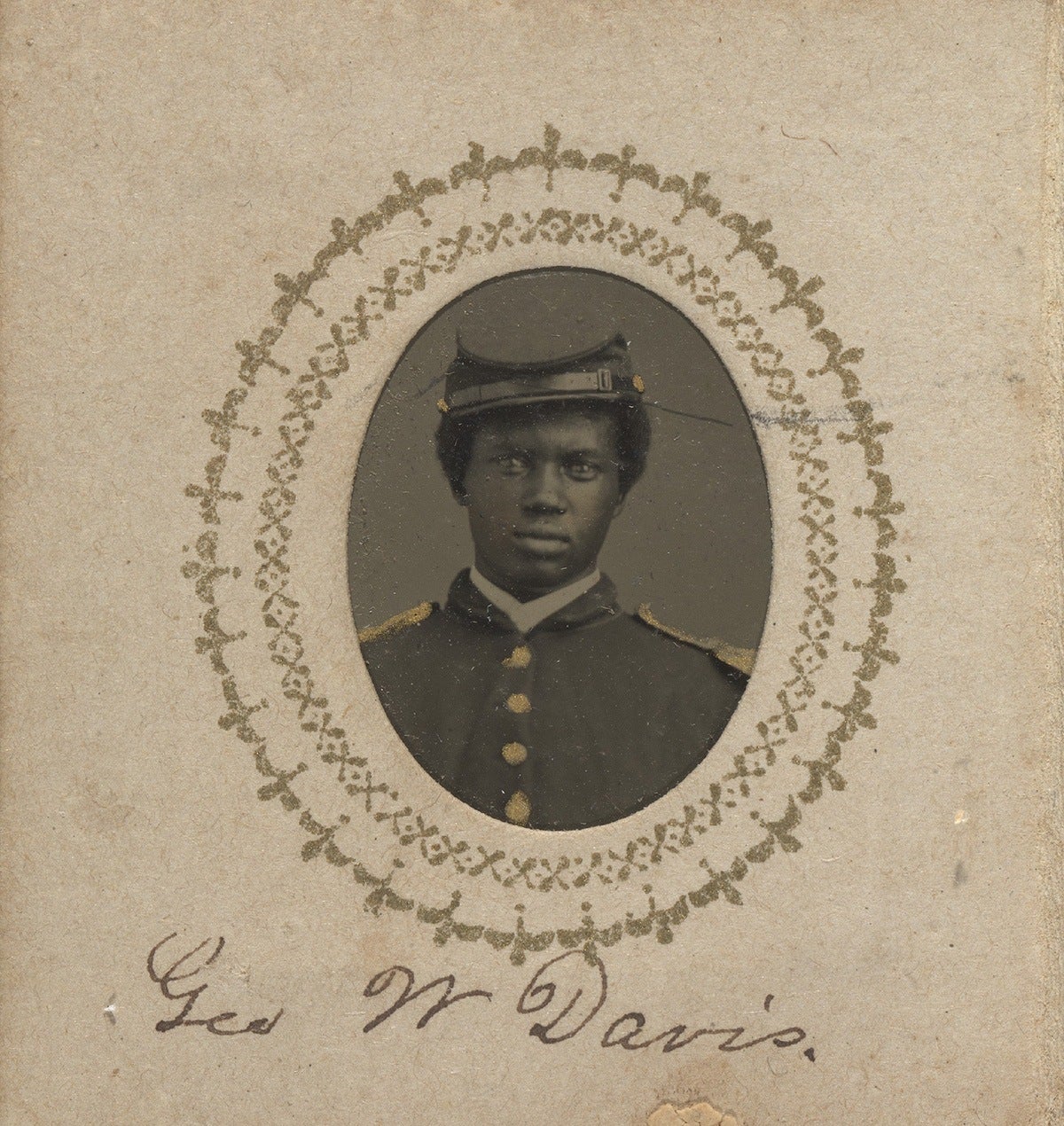 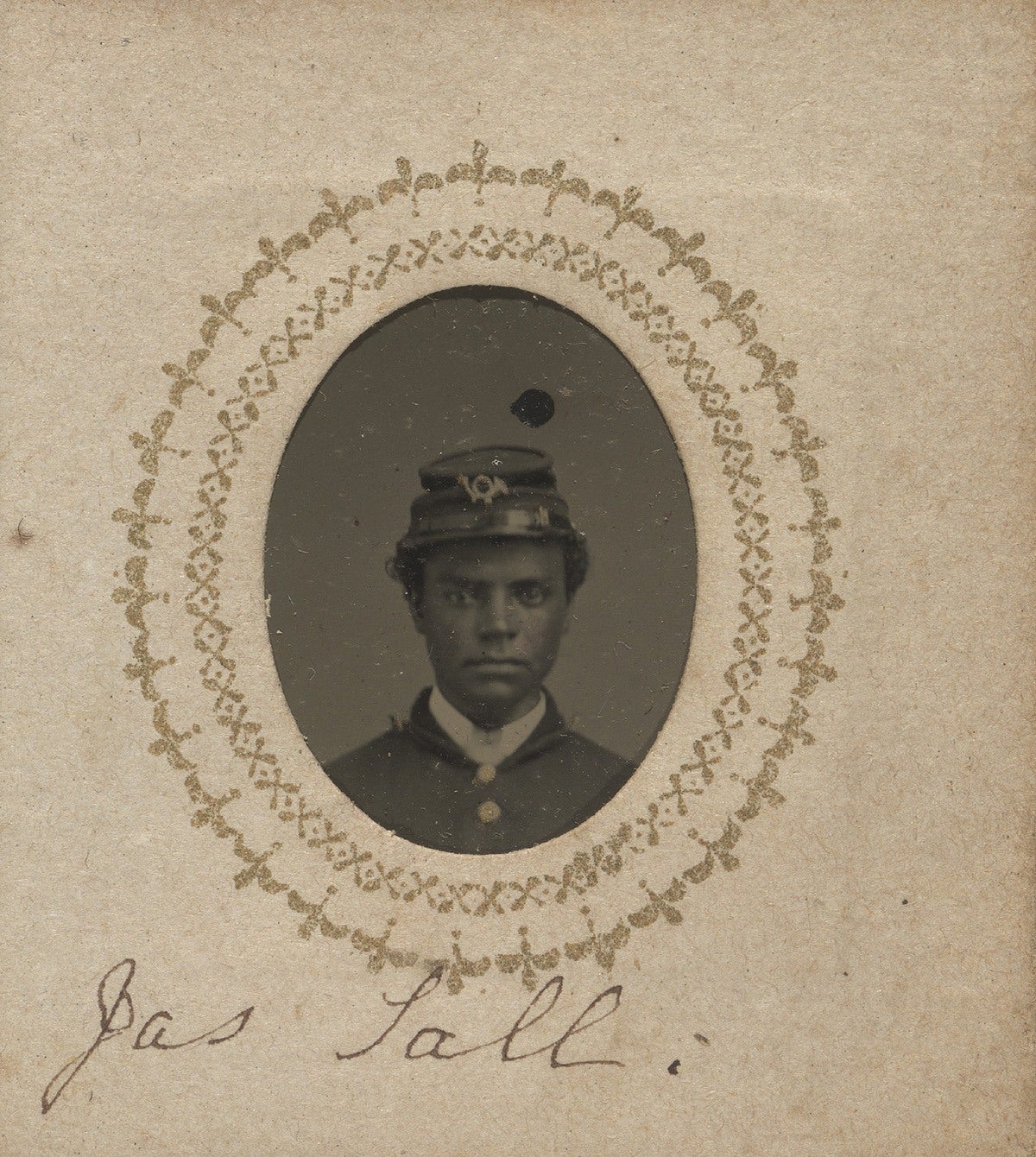 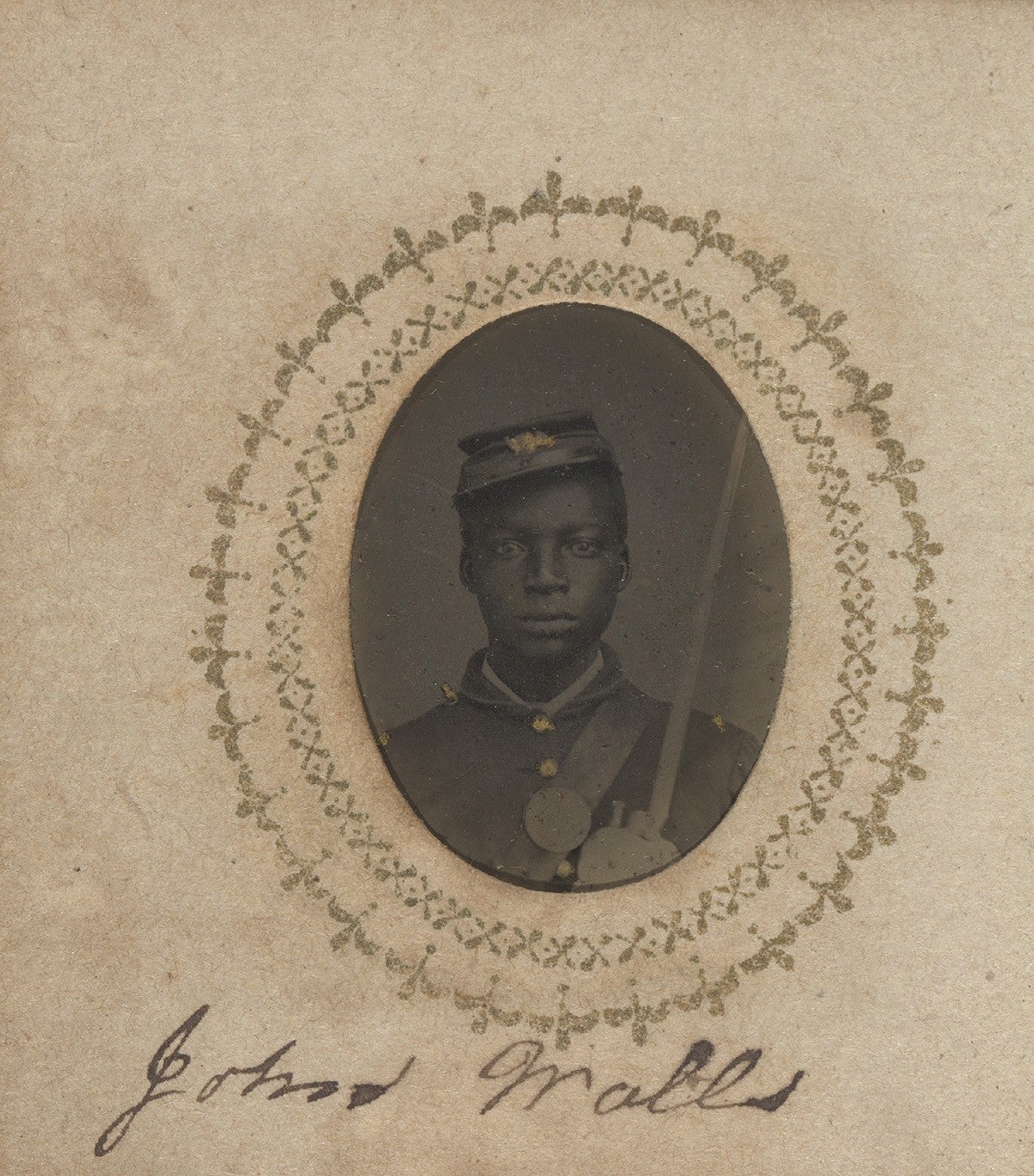 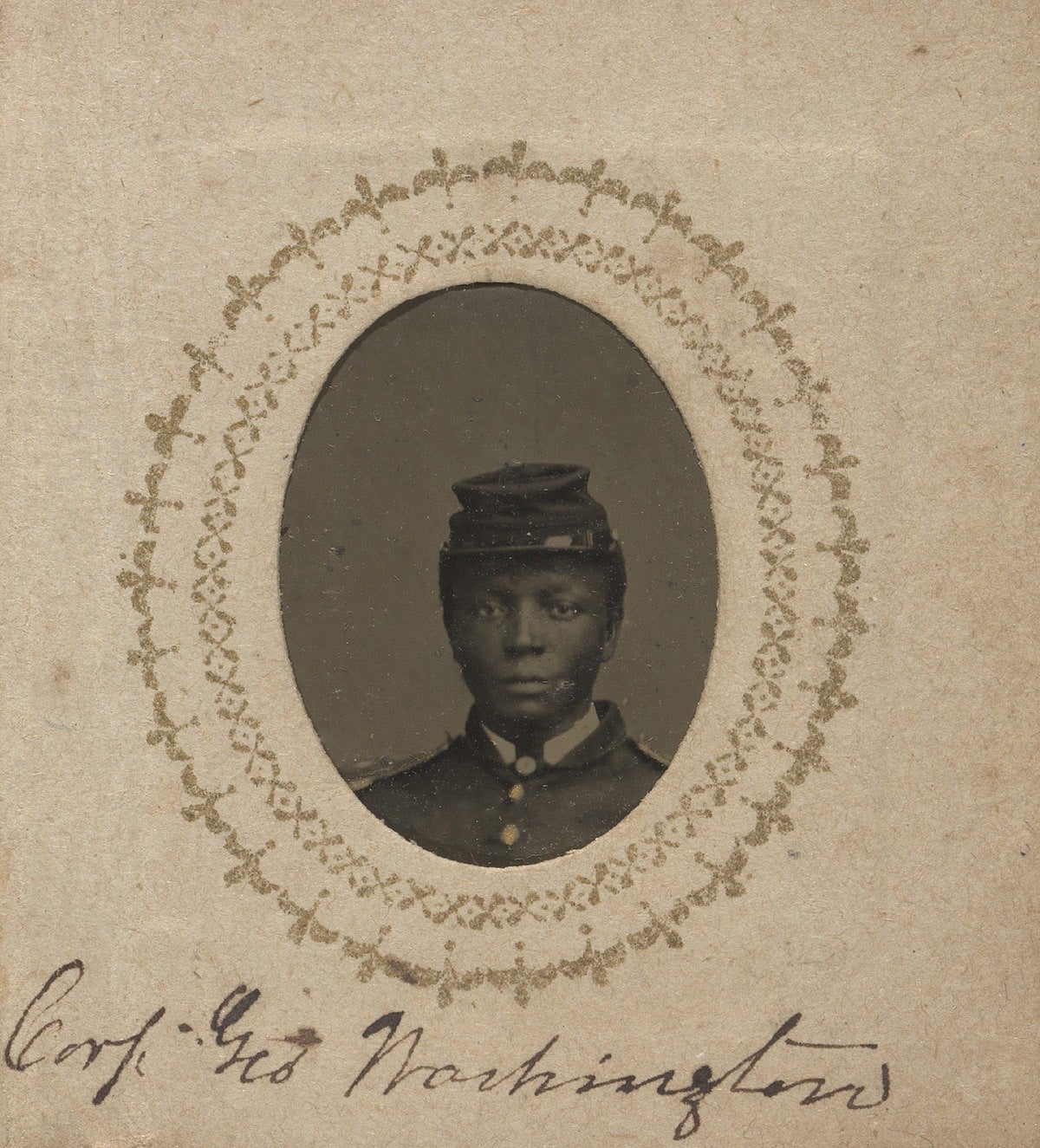 As a matter of fact, for a long time images like those in Prickitt’s album were stricken from memory, at least mainstream memory. This was not because they showed maimed and rotting battlefield corpses, but because they reminded viewers of the complexity of the war, the shame of an enslaved people being freed only to be sent into bloody battle. The “monumental” Photographic History of the Civil War, published in 1912, Trachtenberg points out, has barely a mention of slavery in it, much less black soldiers fighting to end it. It depicts a tragic “American War of the Roses” in which “‘time-stained photographs’ are the only unarguable facts to survive the war.”

But as the new NMAAHC shows, there were other unarguable facts that survived, and that are now getting the attention they deserve. 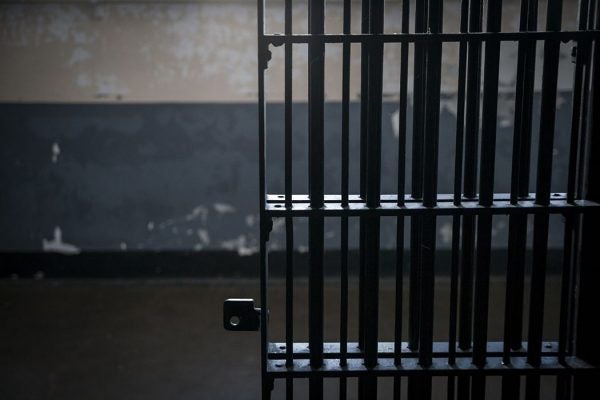