The poet adopted a “Pythagorean” diet, which eliminated meat, and wrote that vegetarians would “no longer pine under the lethargy of ennui.” 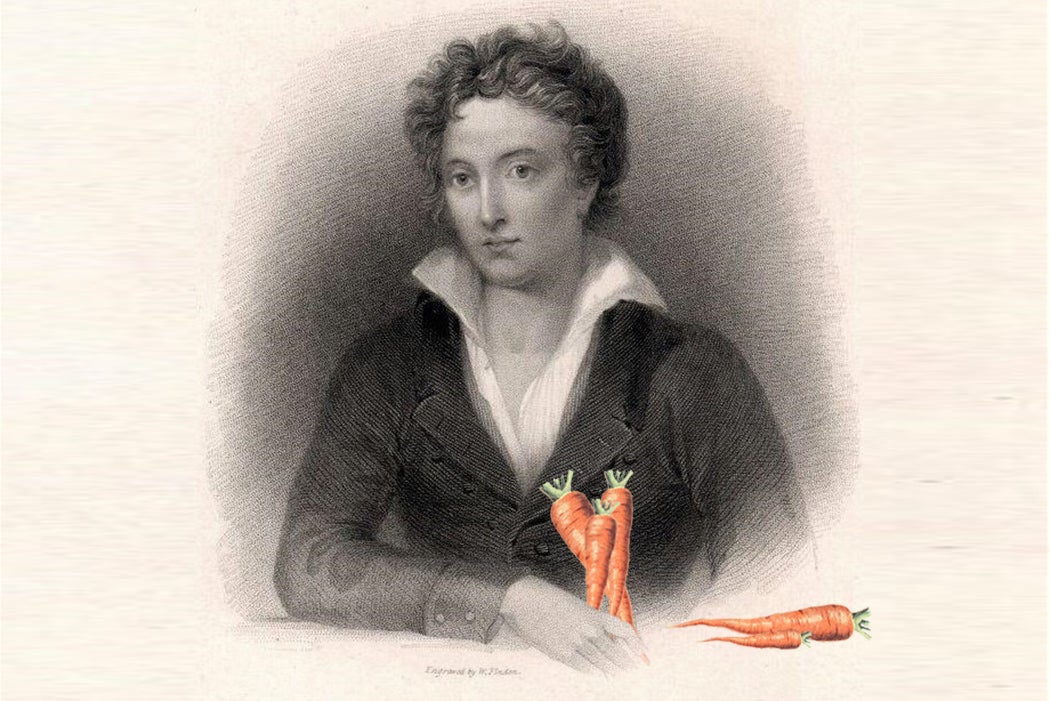 Percy Bysshe Shelley is famous for Romantic poetry, tumultuous personal relationships, and a tragic death in a boating accident at age 29. He was also, as folklore scholar Michael Owen Jones writes, an influential proponent of vegetarianism.

In 1812, a year after being expelled from Oxford for advocating atheism, Shelley joined his new wife Harriet Westbrook in adopting a diet known as “the Pythagorean system” which included eliminating meat.

Shelley linked a vegetable-based diet not only to health, but also to ecology and economic justice.

Where did the couple get the idea of giving up meat? Vegetarianism has, of course, been practiced in many places and times around the world, and it was popular among a circle of ethical and health reformers in seventeenth- and eighteenth-century Britain. Shelley and his future second wife, Mary Wollstonecraft Godwin, often dined with one such advocate, John Frank Newton. Shelley cited Newton in his 1813 essay A Vindication of Natural Diet, in which he argued that “animal flesh and fermented liquors” are “slow but certain poison,” and those who avoid them would “have to dread no disease but old age.” Not only that, but they would “acquire an easiness of breathing” and “no longer pine under the lethargy of ennui.”

Much like many modern vegetarians and vegans, Shelley linked a vegetable-based diet not only to health, but also to ecology and economic justice. He argued that if people ate the products of farm fields themselves rather than inefficiently using them to fatten animals, they could stop “devouring an acre at a meal” and end “the long-protracted famine of the hard-working peasant’s hungry babes.”

Even before becoming a vegetarian, Shelley maintained an odd diet. As a student at Oxford, he was known for eating pounds of bread at a time while walking around town and carrying loose raisins in his waistcoat pocket. When he and Harriet had guests over, they sometimes served nothing but penny buns. Shelley also disliked remaining seated for even a short dinner and frequently forgot to eat at all. Jones suggests that his apparent indifference to the pleasures of eating made the shift to a vegetable diet easy.

On the other hand, Shelley was apparently inconsistent in his vegetarianism. His friend Thomas Jefferson Hogg once described ordering bacon at an inn. He said Shelley responded with horror that gradually transformed into curiosity, and once the poet tried a small bit of the meat he quickly demanded more. Hogg attributed this and other lapses to Shelley’s impulsiveness.

“He could follow no other laws than the golden law of doing instantly whatever the inclination of the moment prompted,” he recalled.

Other times, Shelley broke from his vegetarianism for health reasons, or because it was inconvenient to maintain while traveling. Nevertheless, the poet’s advocacy of vegetarianism influenced others, including playwright and critic George Bernard Shaw, who proposed renaming vegetarianism “Shelleyism.”

“I was a cannibal for 25 years,” Shaw once said. “For the rest of my life I have been a Vegetarian. It was Shelley who first opened my eyes to the savagery of my diet.” 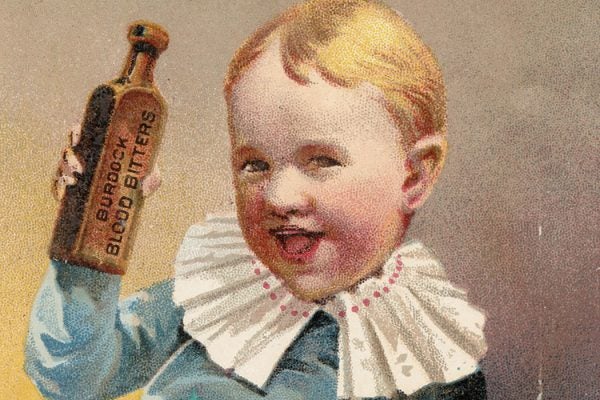 Our Writers’ Favorite Stories of 2021

Without our writers (and editors and fact checkers and producers) and you, we're nothing.