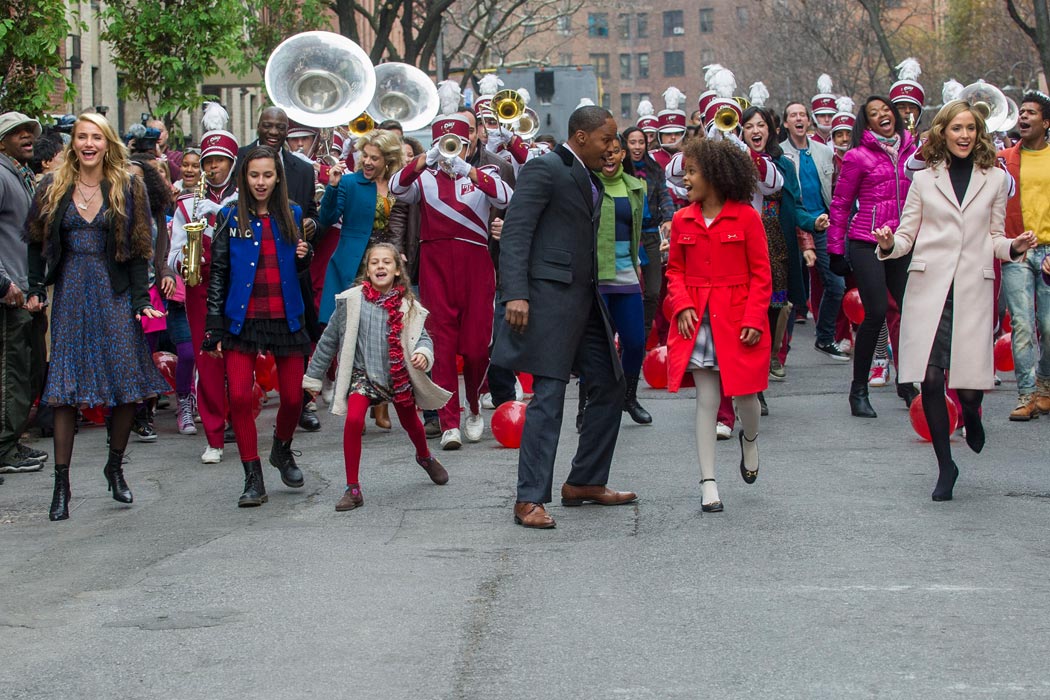 When Will Smith and Jay Z’s film adaptation of Annie premiered in 2014, the musical was brought into the 21st century, complete with smartphones, updated characters, and even references to Twilight and Avatar. But though the film’s protagonist, played by Quvenzhané Wallis, represents an update of the unstoppable comic-to-musical franchise, she’s still Little Orphan Annie—another in a seemingly endless sequence of pop culture foundlings given a chance to sing and dance their way out of the institution and into our collective consciousness.

Won’t you please come get your baby…
Maybe?

At first glimpse, there are plenty of upsides to orphans. A fictitious orphan’s appeal is easy to grasp: mysterious in origin and open to limitless potential, an orphan could do, be, or mean anything. As Nina Auerbach argues in “Incarnations of the Orphan,” the orphan is one of those rare creatures that belongs only to herself. She is a survivor, “the primary metaphor for the dispossessed, detached self,” a self we all embody as members of a disconnected, ahistorical world. No wonder we identify.

Orphans are also a boon for authors—they come with lots of baggage, but few family ties. In 1924, comic artist Harold Gray was reminded of this potential when he ran into a ragamuffin girl named Annie while scouring the streets of Chicago for story ideas. “She had common sense, knew how to take care of herself. She had to,” he recalled. “[I] made her an orphan, so she’d have no family, no tangling alliances, but freedom to go where she pleased.”*   A comic strip juggernaut was born—one that spun the adventures of the spunky, redheaded Annie into syndication for a whopping 85+ years.

By the time Gray debuted the Little Orphan Annie comic strip in 1924, the word “orphan” could be used as a kind of shorthand for opportunity.

With Annie as his canvas, he took America for a cliffhanging ride, projecting ideals of freedom, bootstrapping, and roguish charm onto his little redhead. Annie was spunky, savvy, and never without a smile. As America’s favorite orphan, she joined the ranks of parentless children who fueled popular imagination since the beginnings of modern literature—Moll Flanders and Frodo Baggins, Cosette and Pip, Dorothy Gale and Anne Shirley.

Oh, you won’t be an orphan for long!

Here’s the thing about orphans: just as nature abhors a vacuum, art abhors an orphan who goes without family too long. Rare is the orphan who doesn’t find a home, even the most self-reliant ones in literature. “The story of the proud, saucy, self-reliant orphan Jane Eyre ends with the chastened, religious, privileged, and satisfied wife and mother Jane Rochester,” notes Jerome Beaty in his essay “‘Jane Eyre’ Cubed.” And Tom Sawyer’s adventures are sheltered and sometimes even sanctioned by his Aunt Polly.

Tom Sawyer’s creator, Mark Twain, knew from orphans—he was their champion. In 1869, he delivered a lecture entitled “The American Vandal Abroad” to benefit an orphanage in Cleveland. And his impromptu remarks at the lecture’s end had his audience in stitches:

Don’t be afraid of giving too much to the orphans, for however much you give, you have the easiest end of the bargain. Some persons have to take care of sixty orphans, and they have to wash them. Orphans have to be washed! And it’s no small job, either…they have to be washed in the most elaborate detail, and by the time they get through with the sixty, the original orphan has to be washed again. Orphans won’t stay washed.

But even as Mark Twain joshed about the difficulty of washing orphans, he was whitewashing their defining characteristic, Tom Sawyer–style.

At its root, the experience of orphanhood is one of bereavement, loss, and abandonment—and real-life children don’t always find families as readily as their fictitious counterparts.

It’s an experience that’s hard to acknowledge even today. In her essay “All of Us Are Real: Old Images in a New World of Adoption,” Susan Bordo reflects on how “cruelly ignorant” the literary canon about parentless children can feel. “It’s sometimes hard to figure out,” she muses, “whether a story is providing an occasion for mastering fears or merely creating new ones—inspired more, perhaps, by adult sensibilities and anxieties than by insight into the emotional world of children.”

It turns out that nothing embodies anxiety like a child without a home—and, despite its penchant for adorable pop culture orphans, America has been slow to embrace its own parentless children. In a 1935 study comparing the academic performance of children who lived in orphanages with their peers, the authors acknowledged that “teachers and parents assume that the presence of any large number of children housed in an orphanage is detrimental to the school in which these children are enrolled. They think that the orphanage children are more likely to be dullards, to be badly retarded, or to be deficient in social background than are the pupils coming from normal homes.”

And the Great Depression, Annie’s heyday, made things even worse. In 1909, “the orphan question” had been addressed by the White House Conference on the Care of Dependent Children. But even though the summit’s outcome was clear—a widespread consensus that foster care and the adoption and reintegration of orphans into family settings should be prioritized over the institutionalization of parentless children—these new priorities weren’t easy to put into practice.

Even as Annie’s adventures gripped America, real-life orphans did not fare well during the ’30s.

Initially, families began to take in orphans, but this served to stigmatize the orphanage as a holding zone for children who were difficult to place. As the economy worsened, it became more and more expensive to foster children. Orphanages were crowded and underfunded, yet fewer children could move on to foster homes. This turned what used to be temporary placements in orphanages to life sentences lasting up to 18 years. And, according to Marshall B. Jones in “Crisis of the American Orphanage, 1931-1940,” “there were roughly as many homeless children in the depths of the Depression as there were children under institutional care.”

Turns out that America’s orphans of the Great Depression weren’t endearing Annies at all—they were a teeming underclass of children who represented the near-total collapse of the country’s economic infrastructure. But even as America grappled with the otherness of real-life orphans, it refused to abandon the orphan as symbolic literary device. Annie was soon joined by other parentless pop-culture icons—think Bambi, Batman, and even Babar.

Tomorrow, tomorrow
I love ya, tomorrow
You’re always a day away

It took until 1960 for the numbers of children in orphanages to decrease. As the economy and political environment changed, child advocacy and foster care models took root in the United States and orphans were de-institutionalized. Fewer orphanages meant more “foster children” and fewer “orphans.” The new version of Annie will reflect this evolution, with promo materials revealing that the evil Miss Hannigan has undergone a transformation from orphanage matron to foster mom.

The United States’ problem with parentless kids hasn’t faded: as of 2013, over 101,000 children awaited adoption in this country. And though the word “orphan” is declining in the US, the concept is still alive and well. No matter how ugly the realities of children without families—and whether we call them orphans or not—our culture seems to need a steady supply of them (Harry Potter, Sookie Stackhouse, Wolverine).

Maybe Mark Twain was right—as long as parents die, there will always be a new orphan to take the place of the last, a modern-day Annie to take the place of her faded predecessor. And despite the real-life limitations of the orphan trope, our need for cute kids without parents upon whom to project our hopes and fears won’t be washed clean any time soon. 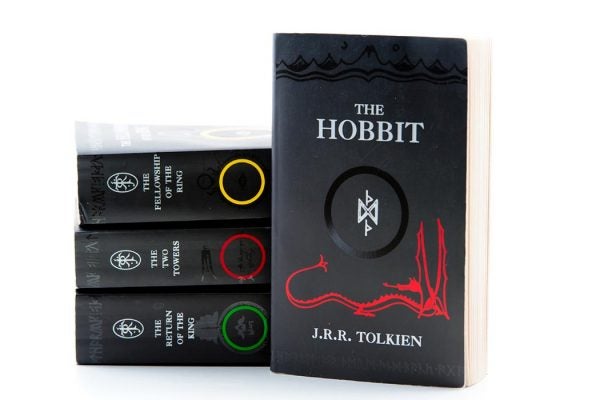 Before The Hobbit, J.R.R. Tolkien was a philologist, a specialist in historical texts.