On Your Mark, Get Set… Print!

The Boston Typesetting Races of 1886 demonstrated the speed of women compositors, helping to lower the barriers to workplace equity for female “swifts.” 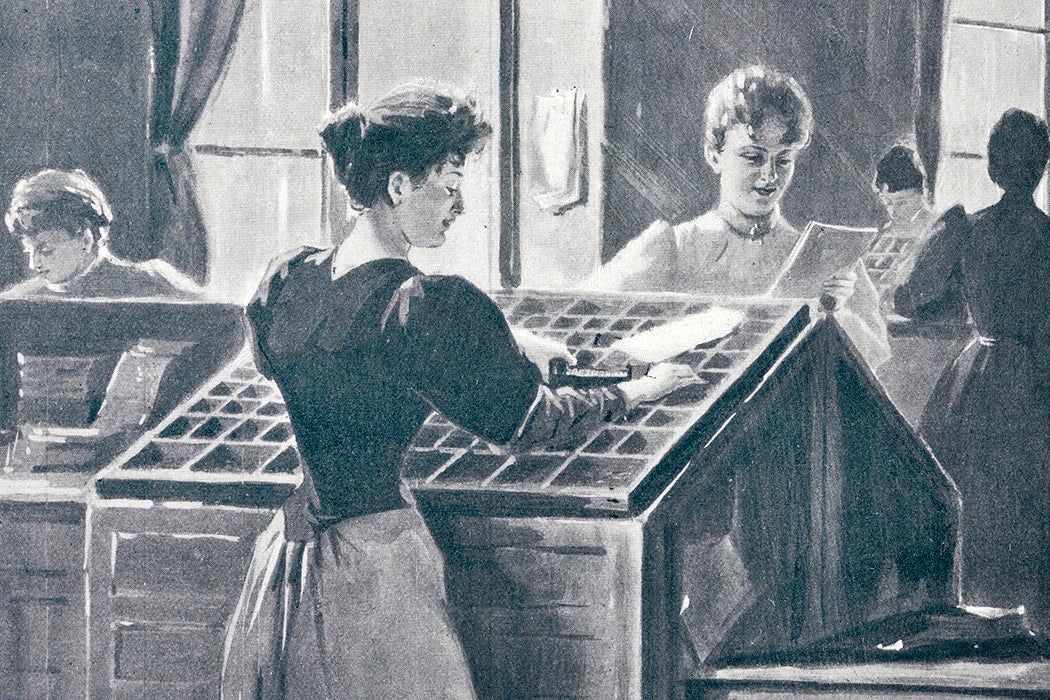 They were in peak physical condition, game-ready. The game? Typesetting, assembling individual letters into words for printing. These “swifts,” as they were known, were typesetters, some of the fastest in Boston. Their name had been earned from other printers who admired their speed. But on February 21, 1886, it wasn’t enough to just be fast. That winter, the Boston Typesetting Race was held, and the public was going to know, once and for all, who was the swiftest of the swifts. As historian Walker Rumble writes, the debate was settled when “after a spirited, week-long competition, George Graham triumphed over his three opponents.”

But was Graham really the fastest?

The Boston race, like most of the typesetting industry, excluded women. Women were relegated to a secondary competition, a women-only race. As Rumble explains, “typesetting had grown out of a working-class subculture of union hall, shopfloor, and saloon which normally excluded women.” And locally, the Boston Typographical Union No. 13 didn’t allow female members. Though the women’s race was supposed to be a cute diversion from the main event, “[t]hree of the four women racing that February in Boston…outperformed the entire lineup of male typesetters.”

Though women weren’t doing newspaper printing, they still found footholds in the business. “Women composed for book publishers or in small job-printing shops,” Rumble writes, but this was work that  “male journeymen printers only grudgingly granted full professional standing.” But typesetting wasn’t just a job, in the 1800s, it was a sport. According to Rumble, “In the mid-1880s, throughout the East, popular amusement halls called “dime museums” discovered and promoted the activity which had previously been confined to the shopfloor.”

On average, a typesetter could do 800 ems an hour.

Type-racing became a popular, and well-rewarded, event. In 1881, for example, Thomas C. Levy won $1000 in an event, which today is around $30,000. Not bad for a day of assembling “ems,” the standard measurement unit, named for the letter m, the widest in the alphabet. On average, a typesetter could do 800 ems an hour. But swifts like George “The Velocipede” Arensberg set records. In 1870, he set an astonishing 2,064 ems of type in an hour. With typesetting becoming a spectator sport, there needed to be rules, and in the 1880s, the International Typographical Union developed a rule book. Type-racing became a popular barroom attraction “alongside billiards, bicycle racing, and boxing.”

Everyone wasn’t going to head to the bar to see these events, though, and dime museums, which provided inexpensive, often odd, entertainment for everyday people, were a perfect partner. The Austin & Stone dime museum played host to the Boston typesetting races. They even moved two monkeys—Jack and Fido—out of the way to make room for the men’s event. And just in case no one was interested in type-racing, there was also “a pair of singing sisters, an Irish comic, a blackface act, and The Great Annie Hindle, the Apollo Belvedere.”

The museum returned Fido and Jack to the room for the women’s race, but as local news reported, the noise “did not seem to annoy the ladies in the least.” The common thought among the men was that the women would never survive the week-long competition, just like they couldn’t survive typesetting in general. But it didn’t work out that way. As Rumble writes, Miss L. J. Kenney, Miss White, and Miss Francis “scored better than the men at the end of their first twenty minutes and they continued to do so at every stop throughout the week.”

Before the race, Women’s Typographical No. 1, the first female labor union in the country, was the only labor organization open to women. But just days after the race, discussion began about whether to admit women into Boston’s Local No. 13 of the International Typographical Union (other local chapters around the country had opened their membership to women; Boston had not). The commanding performances of Kenney, White, and Francis shifted the opposition, and women were invited to join the chapter just months later. The type-race proved what the women knew all along: they could handle the work. As one spectator noted at the women’s event, “No mistake, they can set type.” 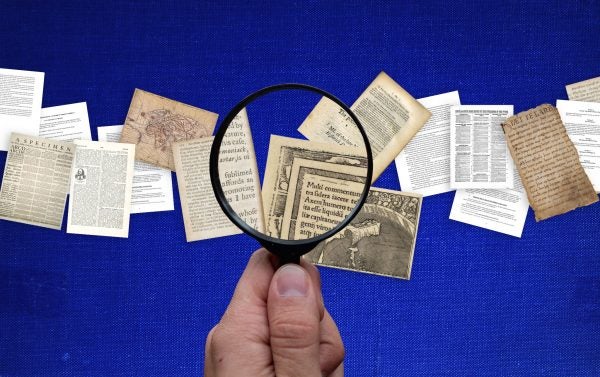