She was known as the “female Byron.” So why doesn’t anyone read L.E.L. anymore? 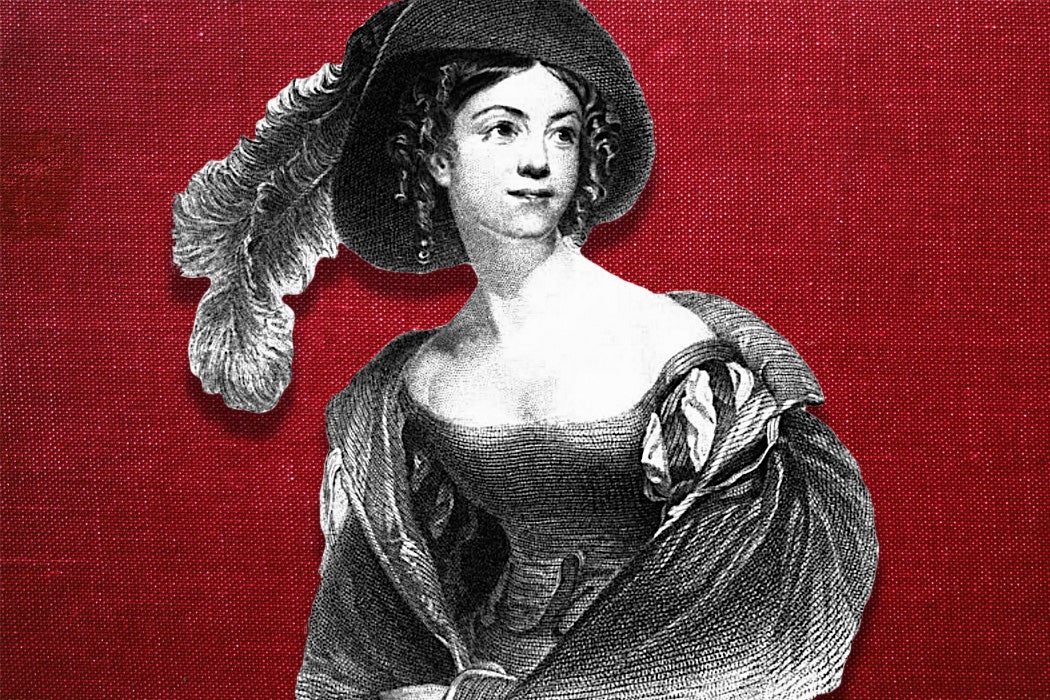 Landon was writing in Romantic-era England. She published novels and essays, but was known mostly for her sentimental romantic poetry, which appeared in literary annuals and magazines; in 1820, when she was 18, her first poem was published in London’s Literary Gazette. The following year, she published a book of poetry, The Fate of Adelaide, which sold well. Her work was attributed only to “L.E.L.,” and when her first poems were released her readers were fascinated by the mysterious poet. There was much speculation as to who the poet behind the initials might be before Landon was revealed as the writer. Literature scholar Glennis Stephenson notes that her poetry contained euphemisms for sex, allusions to passionate love, and “erotically suggestive images.” According to Stephenson, Landon purposefully created her writing persona, L.E.L., as a “poetic construction,” and was always keenly aware of the differences between L.E.L. and her actual self, even if her readers were not.

Landon understood instinctively her role as a female writer, and played with her audience’s perceptions. Through her poems’ narrators, she molded her image into what would be acceptable and appealing to the public, which in turn rewarded her with more attention. Literature scholar Jonas Cope writes, “Her interest, perhaps obsession, with the plight of personal interiority in a world of stifling fashionable exteriors makes sense when we consider that she rose to fame shortly after the ascension of George IV to the British throne.”

L.E.L. was considered a “poetess.” This gendered term for literary women of the Romantic era was a way to patronize their work as soon as it gained fame. Society and the literary critics of the time demanded a specific construction of female beauty, intelligence, and manner in which women should conduct themselves in public. Landon recognized the role of the female writer in her time and, since she needed to make a living, she took advantage. She had a keen understanding of the market and wrote what would sell. Cope goes on to write that this was why her poetry consisted of popular themes like love, death, and beauty.

Many critics argue that Landon fell victim to the literary market and only wrote to cater to a popular taste formed by the masses, never developing her own voice. Cope, however, disagrees: “[Landon] manipulates market forces to her own advantage. Doing so empowers her as a woman writer and literary entrepreneur.” Landon had agency over the work she was giving the audience and found power in it. In an 1832 article for The New Monthly Magazine, she wrote that the “best and most popular…poetry makes its appeal to the higher and better feelings of our nature.”

Still, the public questioned her lifestyle and motives. Rumors abounded that she had had affairs and had borne illegitimate children. Scandal hounded her in London, until, as Stephenson writes,

the thirty-six year old Landon, wanting to escape scandals still simmering in London, made the disastrous decision to marry the saturnine George MacClean, Governor of the Gold Coast; three months after this she was dead in Cape Coast Castle, possibly a suicide, but more likely—and surely more appropriately—murdered.

Stephenson then acknowledges that this melodramatic reading of Landon’s death—after all, some scholars have suggested the poisoning of Landon may well have been accidental—is in line with Landon’s readers who confused her life with the drama of her poems.

How easy it is to repeat the errors of her contemporaries, to confuse Landon with L.E.L. and conclude that the poet finally became too caught up in her own myth, in her own creation, that her sordid demise was the result of a desire to live out the exotic life of which she wrote. But Landon’s work repeatedly denies us any such neat conclusions. 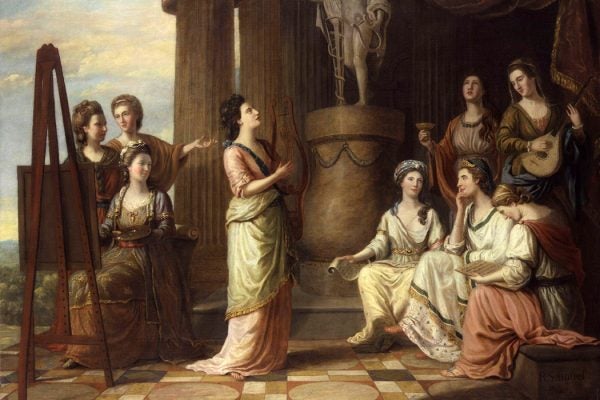 Meet the original Bluestockings, a group of women intellectuals. Their name would eventually become a misogynist epithet -- but it didn't start that way.