Climate change is transforming the Big Apple. How long will it be until America’s largest city is all but wiped off the map? 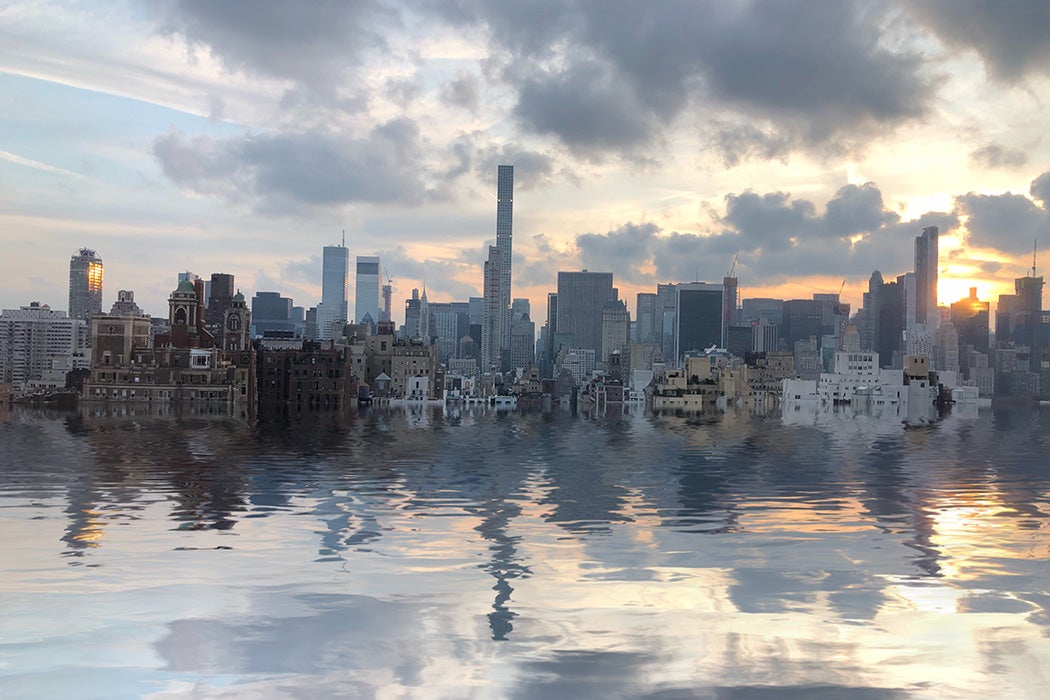 In 1932, an article published in The Science News-Letter proclaimed, in big, bold type: “New York Will Be Flooded by Melting of Great Ice Caps.” “New York is destined to become the American Venice,” reads the copy. “Her streets, canyoned by skyscrapers, will be filled with water to the twelfth floor.” This prediction came from the US Weather Bureau—the Earth is getting warmer, it said, causing the ice caps to melt and the oceans to rise. Someday, they warned, New York City, and all other lowland cities, would be filled with water.

Nearly 13,000 miles of US coastline lies in the path of rising seas. And New York City is one of America’s most vulnerable cities. Scientists predict that within the next century, the low-lying coastal city could be swallowed by the rising tide and pummeled by severe storms.

If a category 4 hurricane were to hit New York City, surge levels “could reach 31 feet at JFK Airport and [the] Lincoln Tunnel.”

Right now, massive hurricanes are a relatively rare occurrence in the New York City area. But hurricane strengths will only intensify as the planet warms—and these stronger hurricanes will be more likely to survive into higher latitudes. If a category 4 hurricane were to hit New York City, surge levels “could reach 31 feet at JFK Airport and [the] Lincoln Tunnel, 29 feet at the Battery, and 21 feet at LaGuardia [Airport],” according to climate scientists Vivien Gornitz and Cynthia Rosenzweig. “With several feet of sea level rise, the results could be catastrophic.”

How much worse will it get? Estimates vary: one 2001 study “found that by the 2080s the flood levels of today’s 100-year storm (including both hurricanes and powerful nor’easters) would tend to recur on average as often as once in 60 years to once in every four years,” write Gornitz and Rosenzweig.

In 2009, climate models predicted that, as early as 2080, sea levels could rise 11.8 to 37.5 inches in New York City, and 9.5 to 42.5 inches in the metropolitan area. If the planet were to warm by 2 degrees Celsius (which, depending on intervention, could occur within the century), this would cause a twenty-foot rise of water, swallowing parts of Manhattan and almost all of the surrounding boroughs.

As global sea level continues to creep up, scientists urge cities like New York to take action. Proposed solutions range from the defensive (storm surge barriers, beach restoration) to the proactive (reduction of greenhouse gas emissions in order to slow the melting of ice sheets). The Union of Concerned Scientists, a science advocacy group, warns against inaction at this critical time: “Whether we react to [the] threat [of sea level rise] by implementing science-based, coordinated, and equitable solutions—or walk, eyes open, toward a crisis—is up to us.” 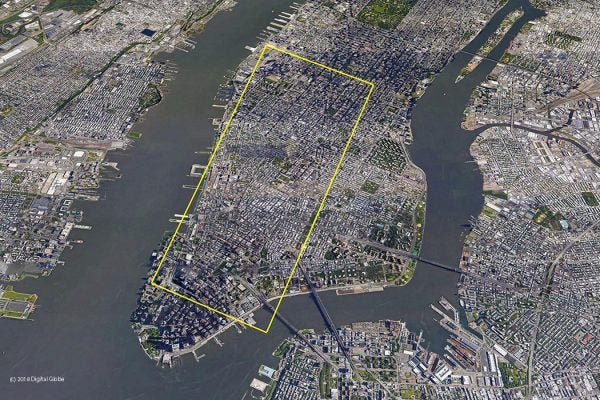