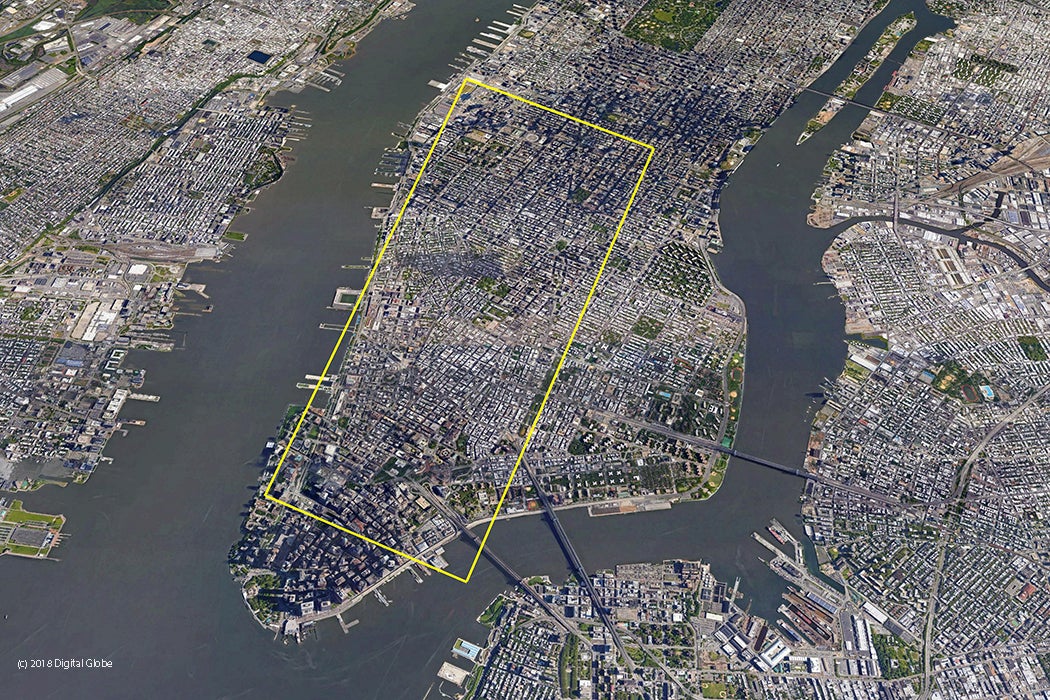 A new humongous iceberg just broke off the Helheim Glacier in Greenland and fell into the sea. The floating piece of ice is long enough to stretch from lower Manhattan all the way up to Midtown. A team of scientists from New York University captured the spectacle on camera. Should Manhattanites be worried? After all, Greenland is over 2000 miles away from New York City.

The magnificent splash caught on camera certainly won’t make enough waves to reach the American shores. Nevertheless, Manhattanites may still want to pay heed to the incident. So may other New York City residents living in close proximity to the ocean shore, or any coastal community worldwide for that matter. When icebergs break off the ice sheets, they eventually melt, discharging more water into the sea and thus contributing to the sea level rise. The process is self-perpetuating. The more icebergs a glacier releases, the faster it tends to move and to thin—and thus to lose more ice.

Glaciers, which behave like slow-moving rivers of ice flowing into the ocean, are now breaking or “calving” more and more often. These melting and calving of glaciers accounts for more than half of the ice lost to the sea since 1996. In recent years, glaciers have lost their ice chunks to the sea on several occasions. In 2010, a piece of ice four times the size of Manhattan broke off Greenland’s’ Petermann glacier—the largest iceberg to calve in the Arctic since 1962. The Thwaites Glacier, which is a part of the Western Antarctic Ice Sheet, is responsible for about four percent of the global sea-level rise, having discharged enough of an ice mass into the sea to compare in size to the state of Florida or Great Britain.

According to a recent estimate, if the entire Western Antarctic Ice Sheet collapses, the sea level would rise about 10 feet, which is enough to flood and damage coastal areas worldwide. And if all of the ice sheets sitting atop Greenland and Antarctica were to melt, the sea levels might rise by 67 meters, or over 200 feet.

This complete meltdown is unlikely to happen, even centuries from now, but understanding what’s involved in these intensifying ice dynamics is critical for forecasting the future of the global sea rise.

“Global sea-level rise is both undeniable and consequential,” says David Holland, a physical climate scientist and professor at NYU’s Courant Institute of Mathematical Sciences whose research team videotaped the calving event. The team also published prior studies of the same glacier, outlining various theories and forces behind the calving phenomenon, which is still poorly understood. “Knowing how and in what ways icebergs calve is important for simulations because they ultimately determine global sea-level rise,” adds Denise Holland from the same group. “The better we understand what’s going on, the more accurate simulations we can create to help predict and plan for climate change.” 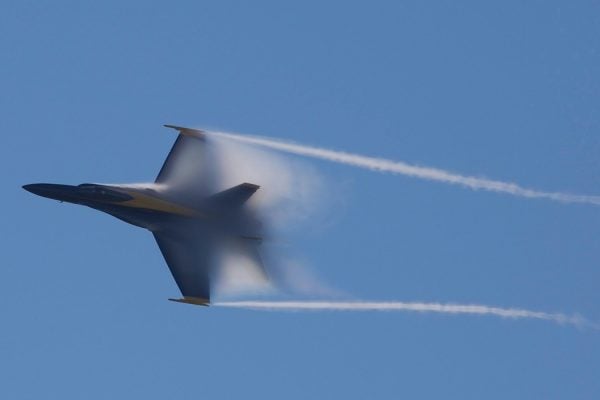 The Problems with Supersonic Flight

Supersonic aircrafts are much faster than typical passenger planes. Unfortunately, there are some downsides.