On March 17, 1768, the enslaved people of a Caribbean island planned a revolt, assuming the Irish slave owners would be drunk and distracted. 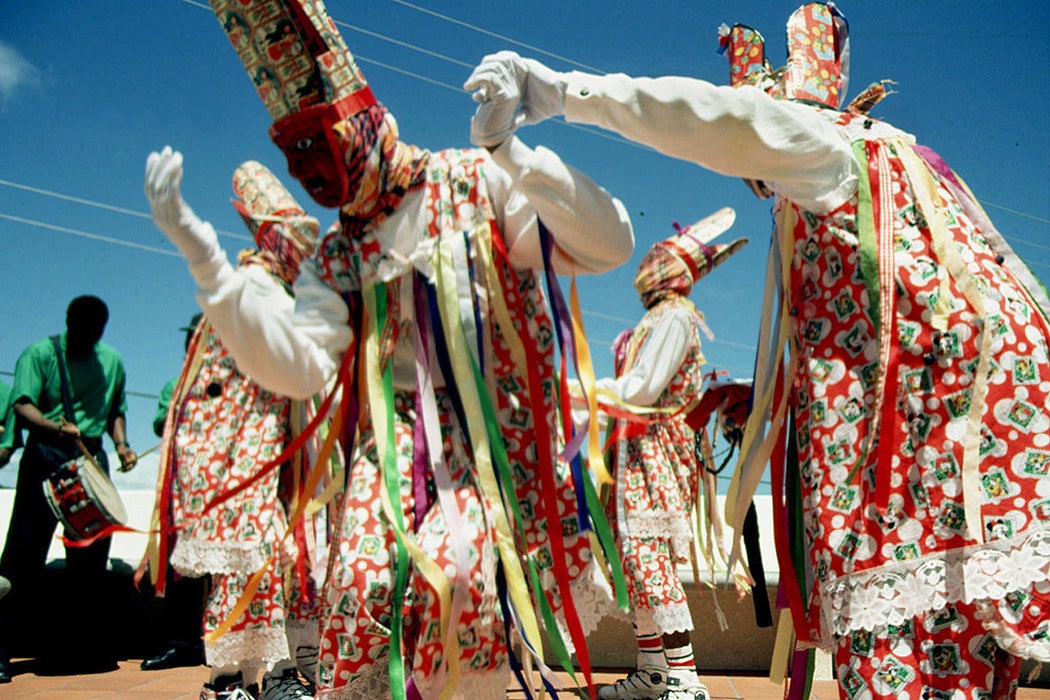 Celebrated annually on March 17 all over the world, the Irish have observed St. Patrick’s Day as a religious holiday since sometime between the seventh and tenth century, when they would go to church to pay respects to St. Patrick, in the vein of other saints’ feast days. Some might also later attend a revel full of dancing, drinking, and a traditional meal of Irish bacon and cabbage, which was allowed just for this day, even though it was Lent.

When the Irish emigrated to other parts of the world, they brought their traditions with them. It was in the United States where this once-religious holiday was turned into the boozy secular holiday we know today, an extravagant celebration of all things Irish.

When most people think about spending St Patrick’s Day on the Emerald Isle, it’s Ireland that usually comes to mind. However, there’s a small island in the middle of the Caribbean where the majority of the population claims Irish heritage that also counts St Patrick’s Day as a national holiday. Known as the “Emerald Isle of the Caribbean,” Montserrat’s Saint Patrick’s Day differs substantially from the American and Irish versions of the celebration. It commemorates the nine slaves who lost their lives in the failed slave rebellion of March 17, 1768.

Although Montserratians have strong ties to their Irish roots now, that wasn’t true when the Irish first settled on the island, in the seventeenth century. Montserrat became a haven from English persecution. The Irish landed on this small island near St. Kitts and Nevis starting in 1632. It served as a place to escape the oppression from the English invasion by Oliver Cromwell, perhaps best described in this verse:

The slow years passed and Cromwell’s Irish came.
And found another Erin in your soil.

The first Leeward Islands census shows a substantial increase in the Irish population:

Montserrat had by far the largest concentration of Irish inhabitants in the Lesser Antilles. Seventy percent of Montserrat’s white population self-identified as Irish, in comparison to much lower percentages of the populations on nearby St. Kitts (10 percent), Nevis (23 percent), and Antigua (26 percent).

By 1678, the island was also home to Anglo-Irish, English, European traders, and African slaves. Despite being born in Ireland, Montserrat’s Irish were not homogeneous. While many who arrived on the Island from St. Kitts were indentured servants, others were wealthy plantation owners. And as the sugar and tobacco industry grew, more enslaved people were brought to the island. These stolen Africans had no desire to toil on the lands while they received harsh treatment. It’s no wonder that they plotted revolts to free themselves.

This island’s celebrations are not the typical American-style merriment.

Since many of the slave owners were Irish, the slaves picked St. Patrick’s Day in 1678 to revolt. Most of the island would be drunk and distracted due of the celebration. But their plans were overheard by an Irish woman, and the overseers were ready instead of being inebriated as the enslaved people hoped they would be. Hoping to quell future revolts, the authorities hanged nine people for their roles, and another 30 were imprisoned and sold off the island. Not only was the ringleader, Cudjoe, hanged, but his head was also placed in a tree—a grim “cautionary tale” to other enslaved people that if they dare to revolt, it would cost them their lives. Although the rebellion was a failure, slavery on the island would eventually be abolished in 1834.

Montserrat turned this horrific moment in history into an opportunity to celebrate and to educate others by combining their Irish and African heritage. This island’s celebrations are not the typical American-style merriment. Since becoming a national holiday in 1985, the ten-day St. Patrick’s celebration is filled with parades, lectures, and parties to honor the uprising and celebrate the island’s history. Montserrat rebranded itself globally as the “Emerald Isle of the Caribbean” after volcanic activity buried the former capital city of Plymouth and its surrounding villages in the late 1990s and early 2000s.

The Irish connection has long been a source of fascination for tourists. The government, along with the tourist board and locals, decided to embrace their Irish roots to bring in much-needed tourism money to help rebuild the country. Irish culture is easy to connect with the island. Within the flag, the coat of arms features Erin playing the golden harp, while visitors to the island receive an Irish shamrock stamp on their passports. Also, many families on the island have Irish surnames from their former slave masters.

The scholars Laura McAtackney and Krysta Ryzewski write in “Historic and Contemporary Irish Identity on Montserrat:”

By foregrounding both traditional Irish and creolized Afro-Irish identities in a promotional narrative, Montserratians are establishing the island’s “authorized heritage discourse” and orienting its reception to a global audience. The most prominent example of these efforts is St. Patrick’s Day, a national holiday that simultaneously commemorates the island’s Irish heritage and a failed uprising by Afro-Caribbean slaves and members of the island’s free black community on the same day in 1768.

Although it was a day of great pain for Montserratians, the St. Patrick’s Day festivities can now be seen as a bridge of two heritages, celebrating one’s painful history and fight for freedom.
. 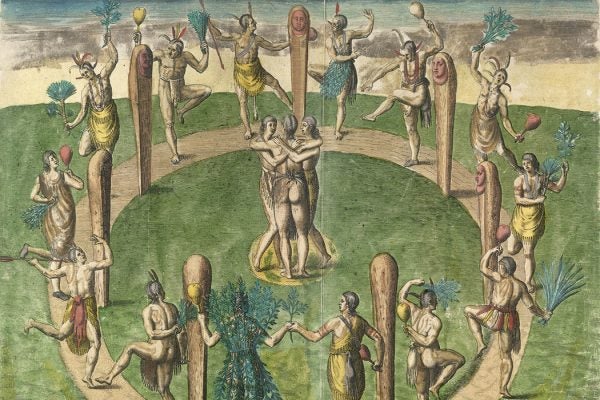 The Construction of America, in the Eyes of the English

In Theodor de Bry’s illustrations for Thomas Harriot’s Brief and True Report of the New Found Land of Virginia, the Algonquin are made to look like the Irish. Surprise.