The “St. Patrick” celebrated on March 17 every year has never existed. He was, and is, a metaphorical, literary, and religious conceit. 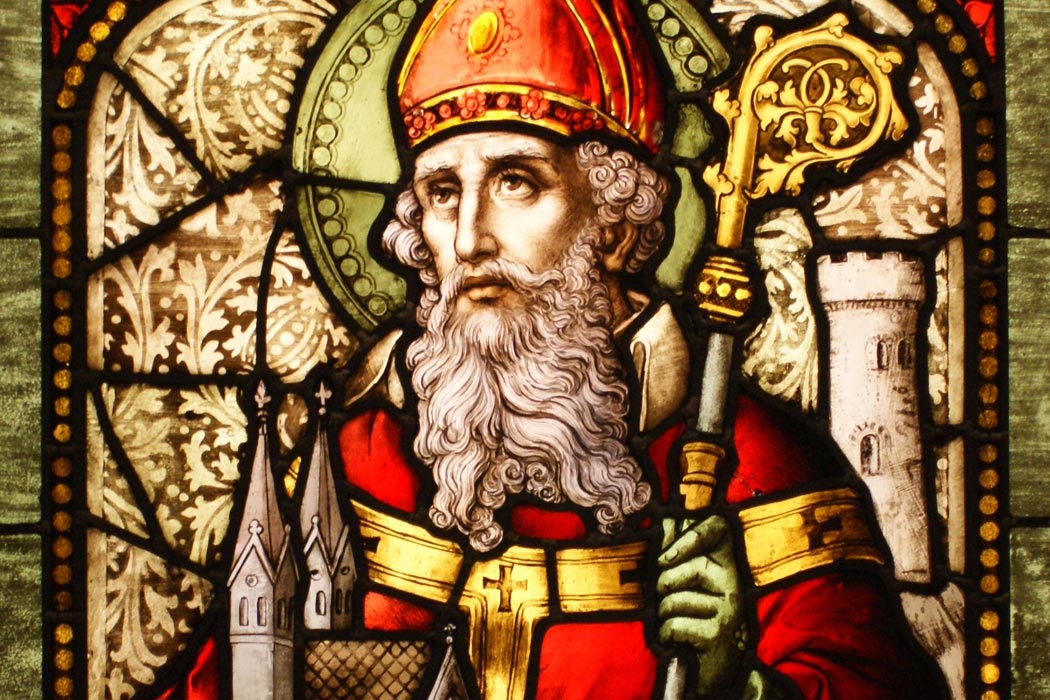 Ah, St. Patrick’s Day. The time of year when millions of people around the world come together in peace, love, and harmony in order to celebrate the mother of all national stereotypes with leprechaun-induced hangovers, corny beef patties, fake red beards, rubber snakes, and 50 shades of green wigs. Surely there is nothing more authentically Irish than river-dancing down a street, waving a flag and twirling a baton. Isn’t that how St. Patrick himself drove away the snakes back in the day?

As you may have noticed, modern St. Patrick’s Day celebrations involve a lot of noise—a triumphant clamour and glamour, which is curiously appropriate considering it occupies the tail end of a historical process which has been ringing out for centuries. Successive generations have been continually adapting, recreating, and re-imagining the saint ever since the earliest attempts to elevate Patrick to a national and international stage almost 1,300 years ago. It was pretty successful at the time. St. Patrick quickly became a super-saint of the early medieval insular world, and we are still living with the considerable “white noise” of those early medieval efforts to this day.

For the most part, the “St. Patrick” celebrated on March 17 every year has never existed.

He was, and is, a metaphorical, literary, and religious conceit. He was, and is, a product of ecclesiastical primacy, the poster boy for an early medieval monastic federation who used him to champion their claims of being Chief Executive Officers of an emerging corporation—the medieval Irish Church hierarchy. Practically everything that has come down to us concerning St. Patrick comes from the quills of people who were originally writing with such terms in mind almost two centuries after he lived. Traditional Irish “fake lore,” not folklore. Thanks for visiting. Stop by the gift shop on the way out. Fifty percent off all Blarney Sweaters.

Pseudo-historical serendipity being what it is, however, we are nevertheless indebted to those early ecclesiastical scribes who set about creating the myth of a super saint. In doing so, they also preserved the genuine historical writings of someone who called himself “Patrick” (or rather, Patricius)—someone who never dreamed that he would one day be portrayed as the singular savior of the Irish people. This particular Patrick is historical. He really existed. The writings he left behind are the earliest documents known to have been written in Ireland and provide us with our only historical evidence for the entire fifth century. They are hugely important, the only authentic fragments of the real person the world celebrates today—and, most importantly, they provide a rather different picture of the man, by the man himself.

For someone who is said to usher in the early medieval period, there is nothing “medieval” about St. Patrick.

His documents provide one of our last glimpses of a late antique rationality and logic, something which would perhaps not be revived again until the late medieval period. There is nothing unbelievable about anything he says. There is no medieval superstition, magic, or metaphor. His interpretation of divine guidance takes the form of “visions of the night,” or dreams. There are no burning bushes, lightning bolts, or heavenly voices. His worldview and the events he depicts may be drenched in biblical rhetoric, but it is nevertheless grounded in the social and cultural realities of his day.

The basic details of the Patrick story which most people are familiar with are true. The historical Patrick was captured as a youth in Roman Britain, sometime in the fifth century AD. He was transported to Ireland, where he spent six years as a slave. He eventually escaped and made his way back home. He became an ecclesiastic and many years later left Britain and returned to Ireland as a missionary. That, however, is where the real history ends and hagiography begins.

In actual fact, what does come across from his writings is a deep pessimism concerning the future survival of a mission hanging by a thread. There is an air of desperation about his successes to date and the prospect of all that he had achieved being in vain. He tells us of the significant difficulties in negotiating his way through the social and cultural pitfalls of pagan Irish society. He describes protection payments to kings and the hiring of their sons as bodyguards. He pays significant amounts of wealth to ensure access to fledgling converts in distant tribal kingdoms. There is an ever present fear that he will offend sensibilities and a concerted effort to maintain a positive reputation and transparency among pagans. He depicts a mission constantly in motion, operating in remote regions where Christianity had never previously reached—sometimes being imprisoned for months at a time by peoples who were naturally suspicious of this stranger from over the sea who was preaching a new religion.

There is a real sense of concern towards the people he engaged with. He mentions high-status converts—the sons and daughters of chieftains—but there is a particular emphasis on those with low status. Women are particularly important. He refers to female slaves and widows who embraced the new religion despite sanctions and threats for doing so. He mentions the large number of second generation Britons within Ireland born into slavery by parents who had been captured like himself. His own youthful experience in similar areas was certainly a major factor in his ability to transcend social boundaries. As someone who was familiar with the language and culture from an early age, Patrick was the perfect man for such a mission—uniquely experienced and having the ability to operate on multiple levels within fifth century Irish society.

Patrick wrote his primary document, the Confessio, at the end of his life in answer to the actions and accusations of others towards his mission. He was considered to have been highly unorthodox for even wishing to return to Ireland. Converting pagans outside the fringes of the Roman Empire was beyond the comprehension of most fifth-century Christians. This had been made clear to him when he was still a priest in Britain, at a time when he was being considered for the rank of bishop by his seniors. That process ended in formal rejection, however, when he was brought into professional disgrace by one of his closest friends who betrayed intimate details of an apparent moral failing. Patrick nevertheless decided to follow what he considered to be divine inspiration—and he returned to Ireland anyway. He was not authorized to do so, and in actual fact, went against the express wishes of his family and ecclesiastical superiors, insinuating that he sold his personal inheritance in order to fund his initial efforts.

As a self-appointed bishop operating “beyond the beyond,” he continued to be held in much disdain and mistrust by fellow Christians in Britain. He was accused of having ulterior motives for going back to Ireland on his own volition. His ability to attract healthy donations and his dispensing of payments to pagans was viewed as highly suspicious. They seem to have accused him of financial irregularities and profiteering from Christian services. Patrick’s defense against such claims was that this was the cultural reality on the ground. He categorically denied personally profiting from any such activities and presents his mission as one which was constantly spending whatever it received on further expansion and security.

His second document, the Epistola, was written in direct response to such concerns. Some of his converts had apparently established a small community which had been raided by a war band commanded by a British chieftain who was at least nominally Christian himself. Many of his people had been killed or captured in the raid, with some sold into slavery among pagan Irish and Pictish people. Patrick’s letter is a desperate plea for justice and support from fellow British Christians. He castigates their continuing failure to recognize Irish Christians in equal terms and sought to force a form of excommunication upon those who were involved in the raid. Despite everything he had been through, his converts seem to have been looked down upon by everyone around them—barbarian outsiders inhabiting a gray area in terms of contemporary political and religious identities. In what is perhaps the most poignant excerpt, he provides the earliest articulation of an Insular Irish identity, lamenting the fact that “they (in Britain) do not consider us the same type of Christian because we are Irish.”

Despite the subsequent embellishment of his memory and the development of his cult in later medieval Ireland, the real Patrick continues to occupy a unique position—a solitary voice from the end of prehistory and the very beginning of Irish history itself. One doesn’t need the cartoonish medieval fluff of later myths and legends to appreciate his actual importance in the development of later Irish identity and nationhood. That early medieval effort in creating a super saint around his name inadvertently helped to preserve his original writings—providing modern scholars the ability to reconnect with, and emphasize, the historical person long buried within. He of course never called himself a saint, nor expected to have ever been thought of as such. Indeed, if he could only have known that over 1,500 years after he lived, he would be held up as an emblem of modern day religious orthodoxy, authority, and identity—he probably would have laughed himself into his own grave. 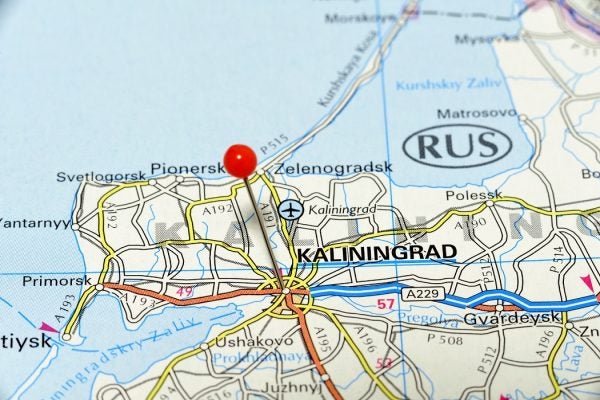