Magic and Meaning on the Frozen Thames

London’s winters used to colder—and a bit more magical, thanks to chilly conditions on the Thames River. “Frost fairs” were popular public celebrations. 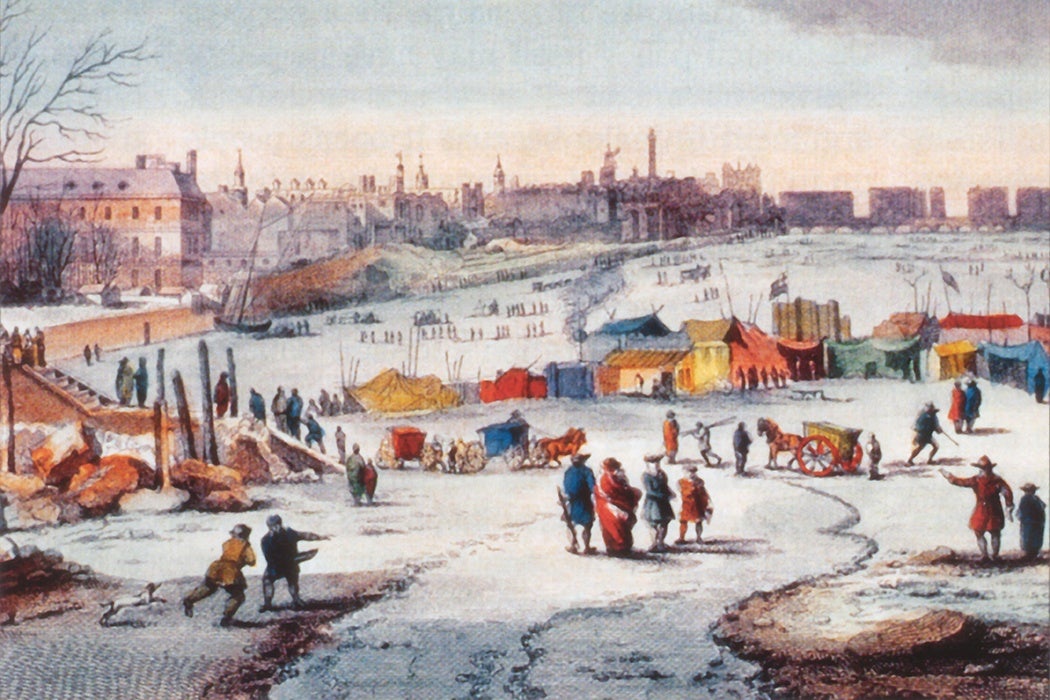 Seventeenth-century depiction of a Frost Fair on the Thames by Thomas Wyke
via Wikimedia Commons
By: Erin Blakemore
2 minutes
Share Tweet Email Print

London’s having a cold winter snap, but that used to be the norm. Joseph P. Ward writes that long ago the Thames sometimes froze over, bringing both pleasure and peril to Londoners.

First, the pleasure: When the river froze from bank to bank, writes Ward, it was cause for festivity among many Londoners. Though it took a sustained period of bitter cold to freeze the river, the wide expanse of ice it presented was irresistible. The frozen-over Thames connected instead of separating, bringing a cross-section of city dwellers together and making it easier to traverse the city. In 1608, the river froze enough that one onlooker wrote that “certain youths burnt a gallon of wine upon the ice and made all the passengers partakers”; a 1621 poem by John Taylor depicts 500 people doing everything from selling roasted pigs and apples to making fires and dancing on the ice.

The Thames is a potent symbol of London, and observers used it as a canvas on which to project their own meanings and moralities.

These “frost fairs” and others throughout the century inspired songs, poems, illustrations, and lore. When the river froze, however, it created challenges for Londoners. Not only did it stymie the river traffic on which the city’s economy depended, but it highlighted the political and economic tensions of the city. Ward notes that food prices went up, cattle died, and all sorts of trades shut down, creating deepening divisions between the frosty revelers and the poor for whom the weather was no festival.

The Thames is a potent symbol of London, and as such observers used it as a canvas on which to project their own meanings and moralities. Reactions to the frozen-over river ranged from breathless descriptions of the revelers to tracts that emphasized the risk of the ice and fears that it had frozen over because of God’s impatience with Londoners’ greed and frivolity. At the same time, writes Ward, propagandists hastened to pin blame for the economic hardships of some Londoners on their political enemies.

“When the river froze…the metropolis was physically united for a short while, but in a way that at the same time made abundantly more evident the divisions within London’s society.” There were only seven frost fairs total over the years—the icy conditions were due to the temporary confluence of a “Little Ice Age” afflicting the Northern Hemisphere and the placement of the medieval London Bridge and its piers, which caused ice to dam the river. But that doesn’t mean the Thames’ importance as a symbol has faded. Soon, London’s 17 bridges will light up with “Illuminated River,” the most ambitious public art project of its kind. Whether the project will bring Londoners together or just expose the divisions that have been present since those chilly winters long ago remains to be seen.

The Taming of the Thames: Reading the River in the Seventeenth Century
By: Joseph P. Ward
Huntington Library Quarterly, Vol. 71, No. 1 (March 2008), pp. 55-75
Published by: University of Pennsylvania Press 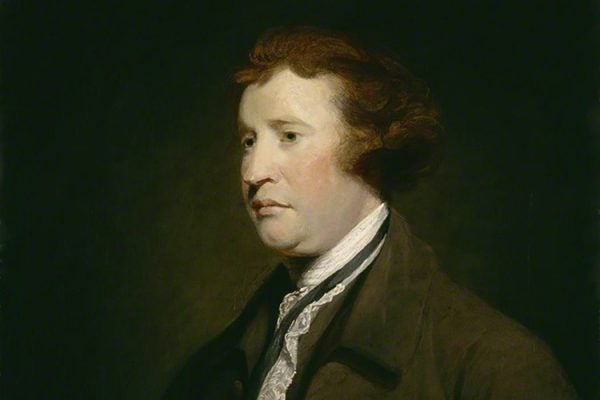 Edmund Burke and the Birth of Traditional Conservatism

Edmund Burke (1729-1797) is one of the philosophical fountainheads of modern conservatism. But he didn't start out that way.