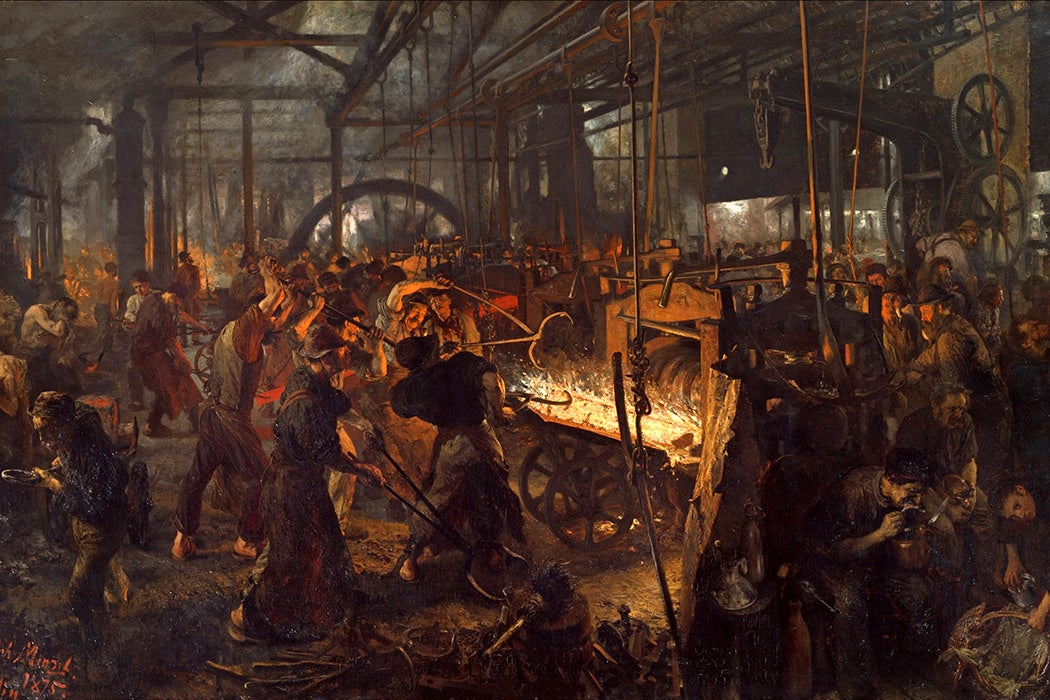 American literature contains a small and often excellent strain of what I call “the fiction of close-outsider witness:” novels and stories that bear witness to extremity through careful observation, but that never imagine their way into a perspective radically distinct from the writer’s. The Central America stories in Deborah Eisenberg’s Under the 82nd Airborne fall into this category, as do many of Grace Paley’s stories of race, religion, and class in Vietnam-era New York. I’d also include Rachel Kushner’s The Mars Room, which blends intense research with a writing process wherein Kushner fused her childhood and adolescence with her protagonist’s. But close-outsider witness is not solely a post-World War II phenomenon. Its godmother was Rebecca Harding Davis, a wealthy businessman’s daughter in pre-Civil War Wheeling, West Virginia, a writer who crossed both gender and class barriers in writing the muckraking labor novella Life in the Iron Mills, first printed in 1861 and given new life in the 1970s by the great working-class writer and critic Tillie Olsen.

It would require a significant failure of empathy to mistake the fiery mills, with their “monotonous din and uncertain glare,” for humane workplaces.

Davis herself had no firsthand experience of iron mills. Nor does her nameless narrator, who appears, as is common in nineteenth-century literature, to be a stand-in for Davis herself. The novella begins with the narrator standing at an open window, studying Wheeling’s smoky sky and breathing “all the foul smells ranging loose in the air.” Although the plot swiftly enters the mills, the narrator never does. Instead, Davis introduces her main plot as “a story of this old house into which I happened to come to-day. You may think it a tiresome story enough, as foggy as the day, sharpened by no sudden flashes of pain or pleasure. –I know: only the outline of a dull life.” The story is neither Davis’s nor the narrator’s. It is one that, to borrow a phrase from the poet Carolyn Forché, has “made present the lived experience of the other.” Clearly, it has done so powerfully; before launching into the story, the narrator announces to the reader:

Stop a moment. I am going to be honest. This is what I want you to do. I want to you to… come right down with me, —here, into the thickest of the fog and mud and foul effluvia. I want you to hear this story.

The “dull life” in question belongs to Hugh Wolfe, an impoverished iron worker who sublimates his spiritual longings by carving statues from korl, an industrial waste product. I use the word belongs intentionally. Davis never tries to penetrate Hugh’s privacy. She never sends her narrator into his head. She evokes his condition using what Olsen describes in her 1972 “Biographical Interpretation” of Life in the Iron Mills as a “dense accretion of significant details.” These details remain powerfully evocative. It would require a significant failure of empathy to mistake the fiery mills, with their “monotonous din and uncertain glare,” for humane workplaces. Or to misunderstand Hugh’s cousin Deborah’s poverty as she eats a meal of “cold boiled potatoes, which she put upon a broken chair with a pint-cup of ale.”

Davis’s use of detail is a successful craft choice, and a successful political one. Detail brings Life in the Iron Mills to life. It also negates the bourgeois belief that workers like Hugh do not merit close attention. But how did Davis gather her details? Did she gather them, or did she imagine them? Olsen’s “Biographical Interpretation” insists on the former. Davis, Olsen writes:

…must have had to use “trespass vision,” eavesdrop, ponder everything… [She] must have had to create opportunities for knowledge; and for a knowing relationship with those outside the bounds of her class.

It is key to notice that Olsen is speculating here. She offers no evidence; she writes not that Davis created opportunities, but that she must have had to create them.

Olsen’s “Biographical Interpretation” has other gaps. She never acknowledges the novella’s frequent lapses into moralizing, and makes light of Davis’s description of workers’ lives as “massed, vile, [and] slimy… like those of the torpid lizards in yonder stagnant water-butt.” She doesn’t address Davis’s condescending habit of describing Hugh like an animal, as “bewildered,” “dumb,” and “dogged.” Nor does she admit criticism of the novella’s last pages, which seem to belong to a conventional narrative of class ascendance. Hugh dies sacrificially, his “dumb soul” ascending to Heaven so that Deborah can become Godly, middle-class, and demure. This ending hampers any reading of Life in the Iron Mills as a true fiction of witness. It shuts down its relationship—imperfect though that relationship may be—to Hugh’s “squalid daily life” for the sake of romanticizing his death. Yet Olsen, in the “Biographical Interpretation,” actively chooses to interpret the novella as a work of close-outsider witness. She wanted, it seems, to make Life in the Iron Mills qualify as working-class fiction, not just a bourgeois plea on behalf of the downtrodden laborer. She wanted to identify with its author.

Tillie Olsen argues that privilege is a necessary condition for writing, and should not be.

In 1972, Olsen was in search of other labor advocates—and laborers—in the literary world. A working-class Communist Jew, then 60 years old, she’d spent much of her life balancing her writing career against significant financial pressure and the demands of her commitments as a labor organizer. Her career sprang, in part, from discovering Davis’s work. Maggie Doherty writes in The Equivalents (2020) that, at 15, Olsen discovered Life in the Iron Mills in a junk shop and “read, amazed, the descriptions of people much like her. She felt that this tattered old story was giving her permission to strive, to want, perhaps even to write.” Decades later, Olsen wanted to pass that permission on. In 1962, she received a Radcliffe fellowship that generated the groundbreaking essay collection Silences, in which she argued explicitly that privilege is a necessary condition for writing, and should not be.

The idea was revolutionary in English departments of the time, but Olsen did not present it as such. Instead, she traced it back to Davis, who she portrayed as a person very much like herself: a woman whose circumstances brought her “so close to remaining mute,” but who managed to write fiction that “guessed at the silent [inner lives…] of those whose waking hours are all struggle for existence.” In Silence, Olsen frames Davis as the paradigmatic writer of close-witness fiction, and herself as Davis’s heir. She creates for Davis the very legacy she herself wishes to inherit, and to pass on.

Olsen, as a Communist, was a great believer in the group. This is coherent with her commitment to working-class art, which, as Feminist Press co-founder Paul Lauter writes in “Working-Class Women’s Literature: An Introduction to Study,” often “has its being in group situations—not in the privacy of a page being read in a study, but in the church, the hall, the worksite, the meeting, the quilting bee, the picket line.” No wonder, then, that Olsen sought a literary “group situation” of her own. Alone in an academic and literary establishment dominated by middle- to upper-class men and the occasional wealthy woman, it is unsurprising that she might have wanted to create a group for herself, even if the only other member was a long-dead writer whose work hewed to more than a few bourgeois clichés.

Of course, Olsen strove to call living writers to her side—and she succeeded. She was a fiery advocate on behalf of female and working-class academics. She fought successfully for English departments to teach working-class literature and for the Feminist Press to publish it, beginning, of course, with Life in the Iron Mills. On campuses, she created labor-union-style meetings for marginalized students, allowing them to testify to their own experiences. In her 1997 essay “Working Lips, Breaking Hearts: Class Acts in American Feminism,” the scholar Jane Marcus writes that “Tillie Olsen use[d] her voice as a political instrument… One voice with the sound of many women, many workers.” Later, Marcus describes Olsen’s very name as “a talisman, a sign of the revived discourse of class in American feminist criticism.” Olsen, here, serves the precise role for Marcus that Davis served for Olsen: proof that a single woman can speak with the many voices of the silenced, and can call others to speak, too.

In “Reading the Living Archives,” Forché declares, “Witness begets witness.” She argues that by reading attentively, “as witness[es],” we are marked by what we read: “we become ourselves witnesses to what [the text] has made present before us.” Our witness, like Davis’s, may be flawed. It may be irredeemably filtered through our own perspectives. Yet it still has the power to create new witnesses.

The story of Davis and Olsen demonstrates precisely this phenomenon. Life in the Iron Mills does not qualify as close-outsider witness to 19th-century mill workers’ conditions, and yet, because of its impact on Olsen, it has created space in the American literary canon for fiction that bears true witness to labor. It is thus possible to trace a line from Davis through Olsen to, for instance, the account of exploitative nail-salon work in Ocean Vuong’s On Earth We’re Briefly Gorgeous (2019), which is informed by the years Vuong’s mother spent as a nail technician.

In I and Thou, the German philosopher Martin Buber describes creating art as “an actual relation: [the artwork] acts on me as I act on it.” For most viewers, he adds, an artwork is simply an object: a book, a statue. But occasionally, “the receptive beholder” may find themselves “bodily confronted,” in true relation with the artwork as the artist was. Olsen was a receptive beholder of Life in the Iron Mills. She took from it a career’s worth of political and literary inspiration. More than 150 years after its first publication, the novella’s lapses in working-class solidarity matter, but not nearly as much as the intellectual tradition of close-outsider witness to which it belongs. 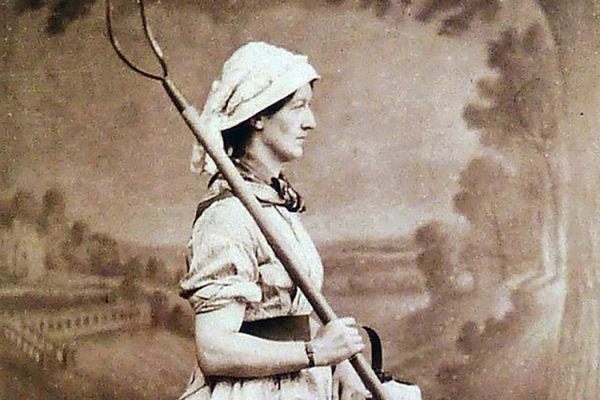 The Bizarre Victorian Diaries of Cullwick and Munby

Arthur Munby was an upper-class man of letters who "collected" working class women, including his servant Hannah Cullwick, whom he married in 1873.