The Bizarre Victorian Diaries of Cullwick and Munby

Arthur Munby was an upper-class man of letters who “collected” working class women, including his servant Hannah Cullwick, whom he married in 1873. 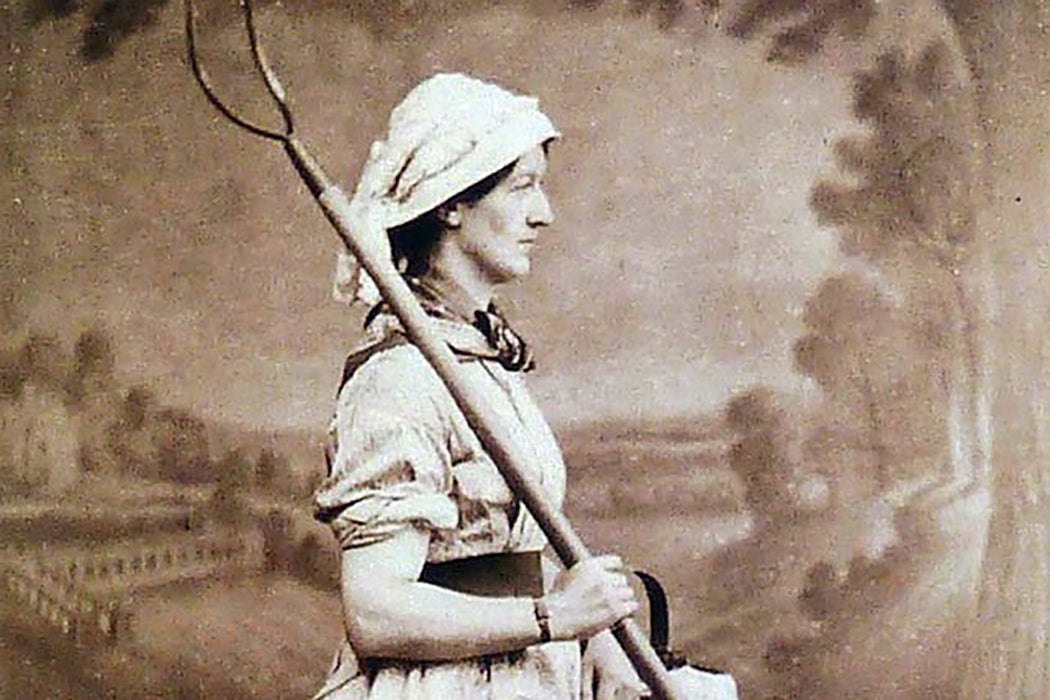 “I went out to service too soon—before I really understood the meaning of it,” Hannah Cullwick wrote in her diary in 1873. Born in 1833, she had been “in service” since the age of eight, on a farm, as pot girl in a pub, as nursery maid under a nanny taking care of eight children, and as “third under-housemaid.” Then, at age twenty-one, she met the upper middle class Arthur Munby in 1854. It was the start of a very Victorian relationship.

According to historian Leonore Davidoff, Munby was obsessed with working class women, the more country-bred and harder-working the better. He disliked women of his own class, who were supposed to be “angels of the home.” He also disdained female clerks, shop assistants, and better-off servants who stood above their “station” in life. Davidoff delineates how Munby “collected” lower class girls and women: interviewing, photographing, drawing, and writing poems about them. His voluminous diaries and letters leave us with an unparalleled middle class view of the army of working poor and working class women in Victorian England.

Davidoff describes Munby’s avocation as voyeuristic, but also says that it was “not as unusual at it may appear at first sight.” What was unusual about Munby was the secret, cross-class, gender-scrambling, boundary-warping life he shared with Cullwick. As Davidoff portrays it, their master/servant relationship, literally and figuratively, shines a light on how the “fabric of Victorian society was created and maintained,” by revealing some of the tears in that fabric.

After some eighteen years—they never seem to have had sex in its conventional definition, although there were certainly sadomasochist and masochistic tendencies in the relationship—Munby and Cullwick married in 1873. In secret. They visited Europe as man and wife, but back in England they played out their fantasies. In public, she dressed and acted the part of his maid. He paid her wages for the work she did. In the studio, she posed for his camera as a rural maiden, a serving maid, a (“blacked up”) male slave, an angel, a man, and a “middle class lady,” which by marriage she had become—Munby, a barrister, educator, and minor man of letters, did work, but he was mostly subsidized by his family.

Cullwick kept her own diary at Munby’s insistence. Her position was full of contradictions and paradoxes. For instance, she had greater freedom of mobility as a servant than as a middle class woman constrained by gentility. Conversely, for years her public “station” was as the bachelor Munby’s servant in a highly stratified but intensely intimate class system that blighted the lives of thousands of vulnerable young working-class women.

Munby filled his diary with female acrobats, farm workers, “pit brow lasses” at coal mines, and flither girls, who collected sea bird eggs by rappelling down cliff sides. The dirtier they were the better: her wrote about a mud-lark, a woman who scavenged coal on the tidal flats of the Thames, “she waded through mire and water, among dead cats and broken crockery, towards the river.” Cullwick would visit him “in dirt,” literally coated in the physical evidence of the filthy work necessary even in domestic situations.

Munby stipulated that the diaries not be made public until 1950, four decades after both their deaths. He was well aware of the transgression of their secret relationship, which seems to tell us just as much about Victorians as it does his and Cullwick’s psychological states. 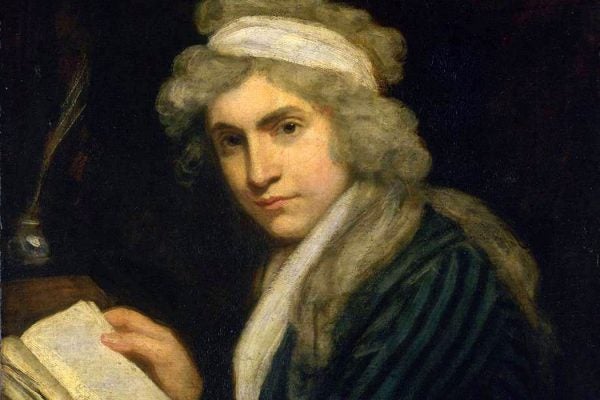 The U.S.A.'s founders focused on the rights of white men to vote, own property, and govern. The idea that women should have similar rights came later.