When Rome burned in 192 CE, the city’s vibrant community of scholars was devastated. The physician Galen described the scale of the loss. 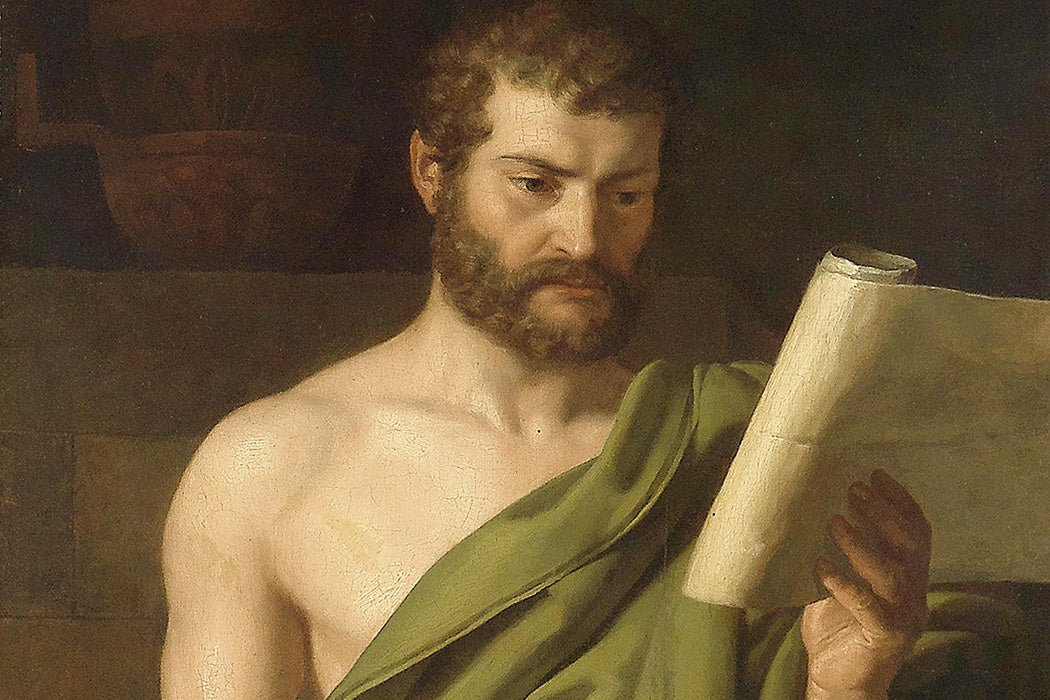 Though less famous than the purported burning of the Library of Alexandria, the great fire that tore through central Rome in 192 CE resulted in a similarly profound loss for ancient Greek and Roman scholarship. The true cost of this fire became clear to historians in 2005, when a text believed lost for centuries was unexpectedly rediscovered in a Greek monastery. Titled “On Consolation from Grief” and written in the aftermath of the blaze by Galen—court physician to several Roman emperors—the work does more than chronicle an unfortunate accident. As classicist Matthew C. Nicholls shows, it offers a rare and poignant glimpse into the lost world of ancient public libraries.

The three lost libraries Galen describes, all located in close proximity to each other on Rome’s Palatine hill, shared some important characteristics. In a world without printing presses or photography, a crucial function of imperial public libraries was to safeguard authoritative versions of important texts—ideally the original manuscripts—that scholars like Galen could consult and copy with confidence. Some texts were stored in special collections assembled by a notable individual, while others appear to have been shelved by subject. Galen boasts of finding inconsistencies and errors in the catalogues used as finding aids, suggesting that patrons were free to browse shelves on their own, without a librarian’s supervision.

The neighborhood’s streets were full of scholars debating and booksellers hawking their wares.

Another feature shared by the Palatine libraries is that they did not permit their holdings to leave the premises (although, as Galen tells us, one library had a certain guard who could be bribed to turn a blind eye to patrons pilfering texts). Unable to check books out, scholars would have had to either conduct their research at the library or produce their own copies of texts to take home with them. Either activity would have required plenty of workspace, good light, and long hours. The need for books to remain on-site also had effects outside the library walls: for convenience, many scholars rented nearby storage space for their personal books and research materials. In consequence, the neighborhood’s streets were full of scholars debating and booksellers hawking their wares.

Among the losses of the fire of 192 CE, the most obvious were the rare texts that, as Nicholls puts it, were “permanently lost to the world.” Texts that survived in the form of copies stored elsewhere were also affected, as scribal errors could no longer be corrected against an authoritative version. To make things worse, the fire also consumed the nearby storage facilities rented by scholars. For Galen that meant losing his personal collection of books in addition to his notes for in-progress works. This was an enormous headache, to be sure, but Galen seems to have handled the loss relatively well: one of his neighbors at the storage facility, a grammarian, “died after he lost books in the fire, consumed with despair and pain,” he tells us, “and everyone wandered for a long time dressed with black cloaks, thin and pale, like people in mourning.”