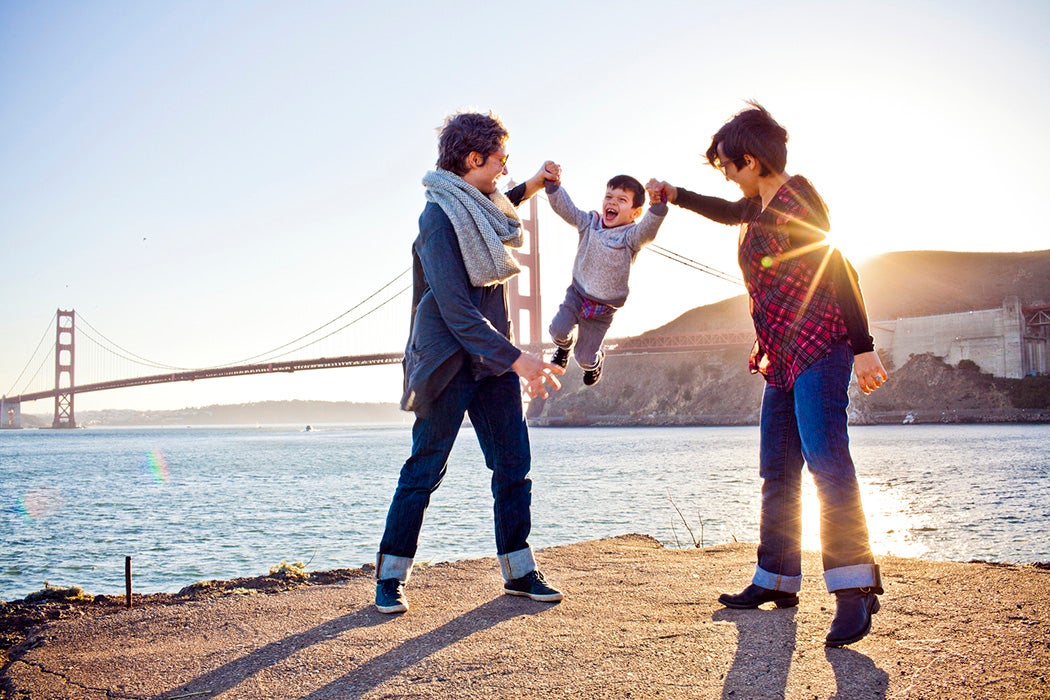 June is the month in which we celebrate fathers. And, sure, dads are great (I’m one myself)! But some go further and say that dads are essential to children’s future health and happiness; that children growing up in nontraditional families—say, with two moms—are at risk of problems in their emotional, social, and educational development.

In the few cases where differences were found, it was the children of the lesbian couples who were better off.

But what do the data say? Surprisingly, researchers Timothy J. Biblarz and Judith Stacey discovered that no defined body of research existed on this issue when they began considering it. “An unusually diffuse array of literatures bears indirectly on these questions,” they write. Lacking a clear starting point, they looked to analyses of diverse family configurations, including

Biblarz and Stacey summarize the evidence from thirty previous studies comparing lesbian and heterosexual parent couples in different ways (surprisingly, they could find only one study looking at gay male parent couples). Overwhelmingly, the studies reviewed tended to find no difference between outcomes for the children of lesbian and heterosexual couples. In fact, in the few cases where differences were found, it was the children of the lesbian couples who were better off. For example, some studies found higher levels of attachment and lower levels of behavior problems amongst children of lesbian than heterosexual couples, though this may be due partly to the fact that the lesbian couples studied tend to be wealthier and more educated than the general population. Similar conclusions were reached in a publicly available 2015 review of 79 studies conducted by Cornell University’s What We Know project.

Okay, so maybe having two moms is as good as having a mom and a dad, but what about the children of single-parent families? Are they worse off? This question is a very difficult one to answer because single parents differ from co-parents in a whole host of ways, including having lower average incomes, fewer years of education, and higher levels of depression. If we simply disregard these differences, then, yes, children from single-parent families do show higher levels of behavior problems and lower test scores. But once these differences are controlled for, any disadvantages shown by children of single-parent families become small to non-existent. “At this point,” conclude Biblarz and Stacey, “no research supports the widely held conviction that the gender of parents matters for child well-being.”

Particularly important is the extent to which the child’s home environment includes emotional support and cognitive stimulation. Of course, this is much more difficult to do when only one parent is around. But when single parents do manage to provide this type of environment, it just about wipes out any disadvantages for single- versus two-parent families. The importance of the home environment means that staying together just for the sake of the children may be counterproductive if it makes it harder to create a family space that is emotionally supportive, which is clearly difficult if the parents are forever at each other’s throats.

So while it’s great to celebrate fathers, it’s important to bear in mind that the evidence suggests there’s no magic ingredient they supply but others can’t: With a loving and nurturing home environment, children of opposite-sex, same-sex, and single-parent families are just as likely to thrive.