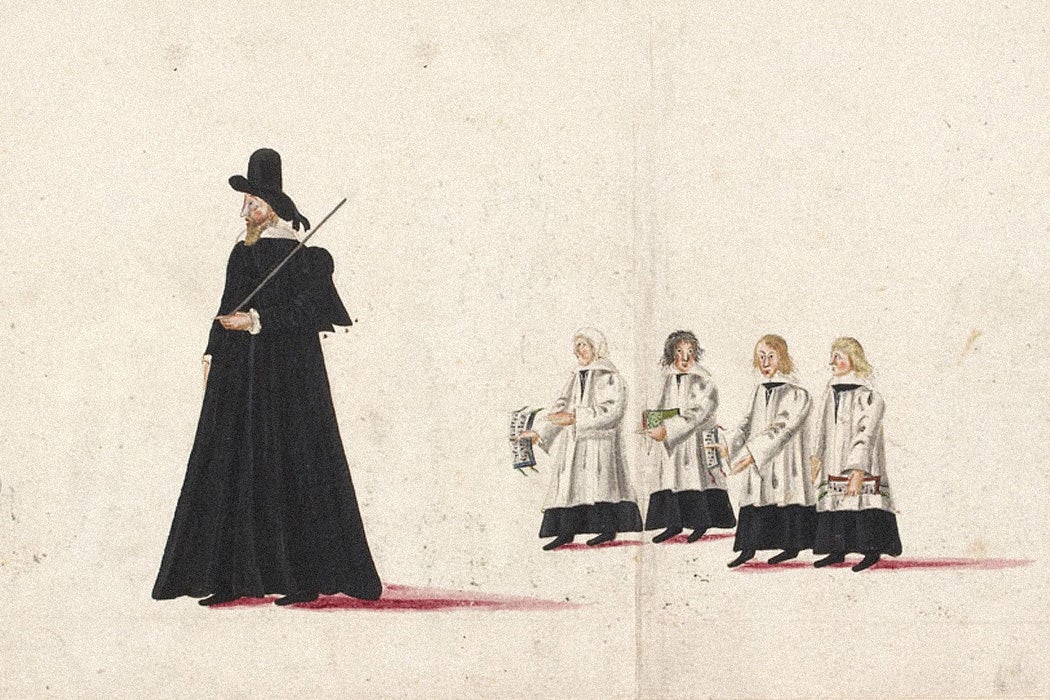 Drawing of the funeral procession of Elizabeth I of England, c. 1603
via Wikimedia Commons
By: Amelia Soth
4 minutes
Share Tweet Email Print

In 1600, thirteen-year-old Thomas Clifton was kidnapped, snatched off the street on his way home from grammar school.

His kidnappers? Two prominent figures in the world of London entertainment: Nathaniel Giles, Master of the Children of the Chapel Royal, and Henry Evans, producer at the Blackfriars Theater. With the kidnapping, they intended to draft Thomas into the vibrant world of Elizabethan theater. They promptly handed the boy a script and threatened him with a beating if he didn’t learn his lines.

Giles and Evans didn’t bother to conceal their crime. When Thomas’ father found them, the kidnappers taunted him, claiming they were well within their rights to seize his son.

With Giles’ royal warrant, the kidnapping of Thomas Clifton was arguably legal.

In a way, they were right. As master of the royal children’s choir, Giles had the right to forcibly conscript young singers. Queen Elizabeth had granted him a warrant to “take…so many children as he or his sufficient deputy shall think meet, in all cathedral, collegiate, parish churches, chapels, or any place or places as well within liberty as without.” On this authority, good singers were seized from church choirs around the country and transported to the capital. With Giles’ royal warrant, the kidnapping of Thomas Clifton was arguably legal.

This warrant was intended to ensure that the King or Queen of England could enjoy the services of the most talented musicians in the country, but Giles and his partner Evans saw it as a business opportunity—to bring talent to the Blackfriars Theater stage and to get bribe money from worried parents. As James H. Forse writes in Art Imitates Business: Commercial and Political Influences in Elizabethan Theatre, “Faced with a shortage of money, haunted by the prospect of forfeiture of the £400 bond and loss of all they had invested to date, they may have sought a way to turn their royal commission into ready cash…Many a father and master, silently and resignedly, may have “bought-out” his son’s or apprentice’s “contract” to help finance Henry Evan’s reopening of Blackfriars Theatre.”

But they made a fatal error by selecting Thomas Clifton. His father was a nobleman, whose connections enabled him to bring the case before the Star Chamber Court. Plus, Thomas couldn’t sing, making it hard to argue that Giles and Evans had been acting in the interest of Her Majesty’s choir.

Giles and Evans lost the case, and Evans was forced to retreat from the city. Giles fared better; his commission was renewed in 1626, but with the added restriction that none of the boys he snatched should be used as “comedians or stage players,” as “it is not fit or decent that such as should sing the praises of God Almighty should be trained or employed in such lascivious and profane exercises.”

This case was an exception, not a rule—a rare moment in which the Crown’s power to impress entertainers was challenged. Moreover, if Thomas had just been a good singer, Giles and Evans might have been able to win the case. Everything they did—the kidnapping, the threats of violence—would have been considered perfectly within the law.

To understand this, we have to take a look at how Elizabethans conceptualized childhood. As Shehzana Mamujee writes, “Early modern social conventions of service, impressment and apprenticeship depict the child as being traded from parent to master, moving from one form of ownership to another.” A child, she argues, was conceived as “a commodified possession that is educated for the purposes of social and material wealth.”

In many ways, childhood was a matter of power, not age. If you owned property, you could vote as early as twelve. It wasn’t unheard-of for young teens in the landed gentry to be elected to Parliament. On the other hand, an apprentice would remain under their master’s authority until they were twenty-one. To be a child was to be under somebody’s thumb.

At the same time, the monarch was conceived as a father to whom the subject stood in a state of perpetual childhood. This theory created obvious absurdities; even the staunch defender of the power of kings Robert Filmer acknowledged that “It comes to pass that many a child, by succeeding a king, hath the right of a father over many a grey-headed multitude, and hath the title of pater patriae.” In the hands of the monarch, all subjects were “commodified possessions” that could be “traded…from one form of ownership to another.” So it was that Queen Elizabeth’s name on a warrant was enough to justify seizing a child off the street. 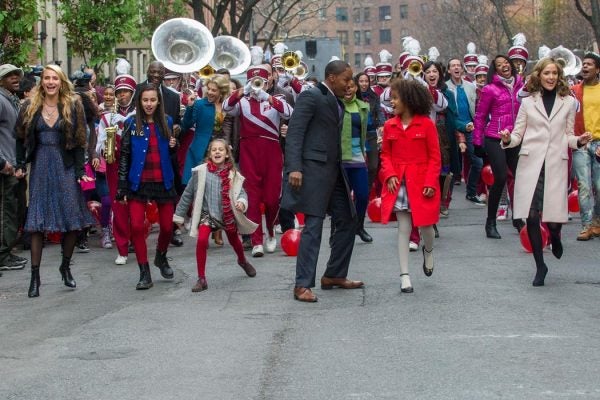