Reports in the underground press demonstrate how Juneteenth has been celebrated as both a social and political gathering in the twentieth century. 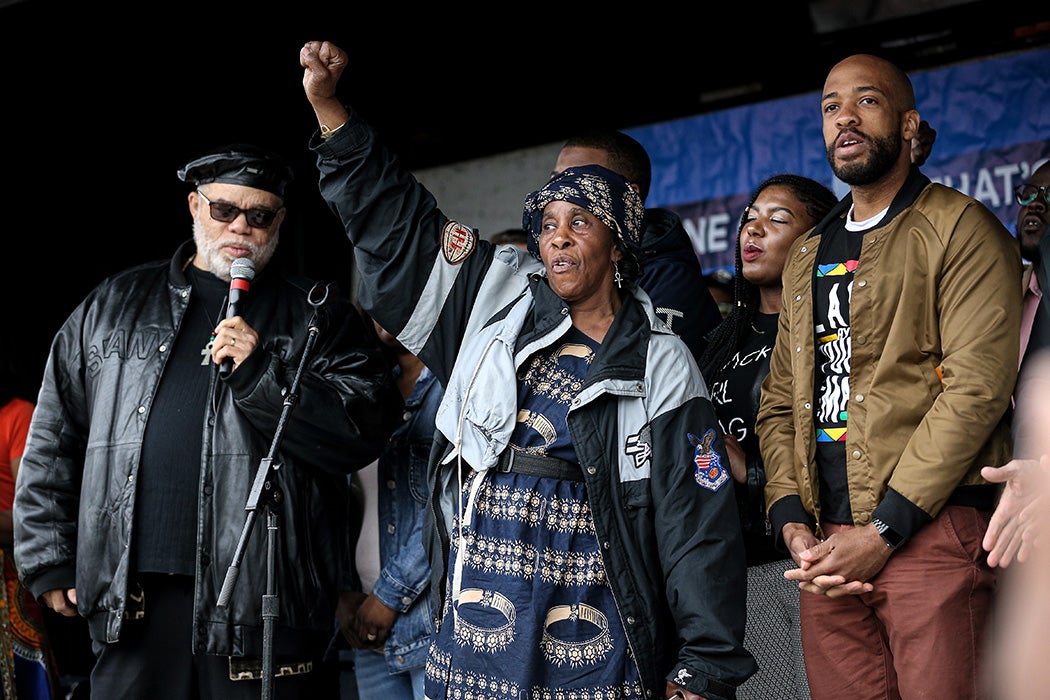 The story of Juneteenth—the holiday marking the emancipation of enslaved Black people in the United States—is complex. As Lynn Brown explained in a post for JSTOR Daily in 2016:

The history of this celebration begins on January 1st 1863, when President Lincoln passed the Emancipation Proclamation, outlawing slavery in the United States and freeing over 500,000 enslaved African Americans. Sadly, the news of this monumental decision spread slowly and many people remained enslaved until the news reached them…two-and-a-half years later.

Multiple lawsuits challenged the Emancipation Proclamation and “many slaveowners simply refused to let their slaves free.” Eventually, on June 19th, 1865, General Gordon Granger arrived in Galveston, Texas and delivered his famous Order Number 3, which begins: “The people of Texas are informed that, in accordance with a proclamation from the Executive of the United States, all slaves are free.” Juneteenth—a portmanteau of “June” and “nineteenth”—has been celebrated since, though it’s been called Emancipation Day and Jubilee.

Juneteenth in the Underground Press

During the 60s, 70s, and 80s, Juneteenth celebrations were often reported in campus, alt-weeklies, and other alternative publications. These announcements offer a glimpse into how Juneteenth has been celebrated as both a social and political gathering in the mid-century. In East Lansing, Michigan, in 1978, the Lansing Star reported:

Juneteenth Day Committee organizer Kaye McDuffie explains that “Juneteenth Day was bigger than the Fourth of July in the South when I was a kid. It was a time for young and old to get together, to share their common experiences. We hope this celebration will be picked up by the entire community as a way to focus people’s attention, if only for a day, that the struggle for emancipation continues.”

The paper offers a history lesson about the ongoing struggle for emancipation:

3,500 Negroes were killed in the first decade after “emancipation.” Armed bands and military units roamed the countryside, carrying out mass murders and various atrocities. Throughout the south, “race riots” were instigated that left whole sections of towns and villages burned and thousands of Negroes dead from mob violence.

People freed from slavery were now victims of the northern financial interests who had gained economic control over the southern planters. A crucial part of our history is the continuing courageous struggle for emancipation from, social and economic oppression despite the application of terror of the state. Juneteenth Day is a celebration of that struggle — a day to regain our true history, history often distorted and denied.

In 1967, a celebration in Oakland was announced in the underground campus newspaper, the Berkeley Barb:

De Fremery Park will be filled with picnickers and dancers Sunday if all goes as expected. Prominent California Blacks will speak and entertainment will also be by Blacks.

Black Panthers will monitor the event. The Oakland White Police have been officially requested not to show up on the scene.

The July 1970 issue of Off Our Backs reports on a Black Panther Rally held on the occasion of Juneteenth in Washington, D.C.:

On June 19, 1500 people heard David Hilliard, chief of staff of the Black Panther Party, call for a constitutional convention of all revolutionary peoples to be held in Philadelphia on September 7, 1970. The occasion was a Juneteenth rally called by the Panthers on the steps of the Lincoln Memorial and the crowd, most of which was black, listened to speeches by Panthers Artie Seale, David Hilliard, Afeni Shakur, Doug Miranda, actor Ossie Davis, and others.

In 1975, editor of Muhammad Speaks, Charles 67X—now known as Askia Muhammad—finds the celebration of Juneteenth suspect and advocates instead for Muslim Savior’s Day as “Black Man’s True Holy Day”:

We get together on the day some call “Juneteenth,” which although it is reveled to be a day for such “traditional soul” customs as picnics and red soda water, it is still the remembrance of the day on which the Emancipation proclamation was signed— presumably for the benefit of Blacks, yet done by a white United States President.

A 1986 celebration of “June-Teenth” in Little Rock, Arkansas included fireworks. According to “Up and Coming,” the newsletter for “hard-core feminists and lesbian sympathizers in N.W. Arkansas, “The celebration [was] a sanctioned Sesquicentennial event…sponsored by the NAACP and several major beverage, grocery, airlines & utility companies.”

In 1975 in Quixote, they were more succinct: “Juneteenth: If you don’t know what this is, ask a Black person.” 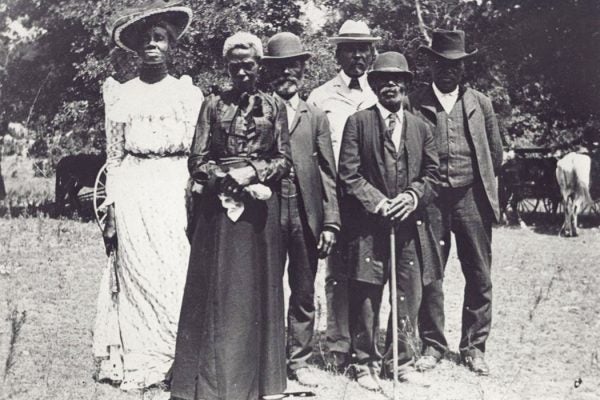