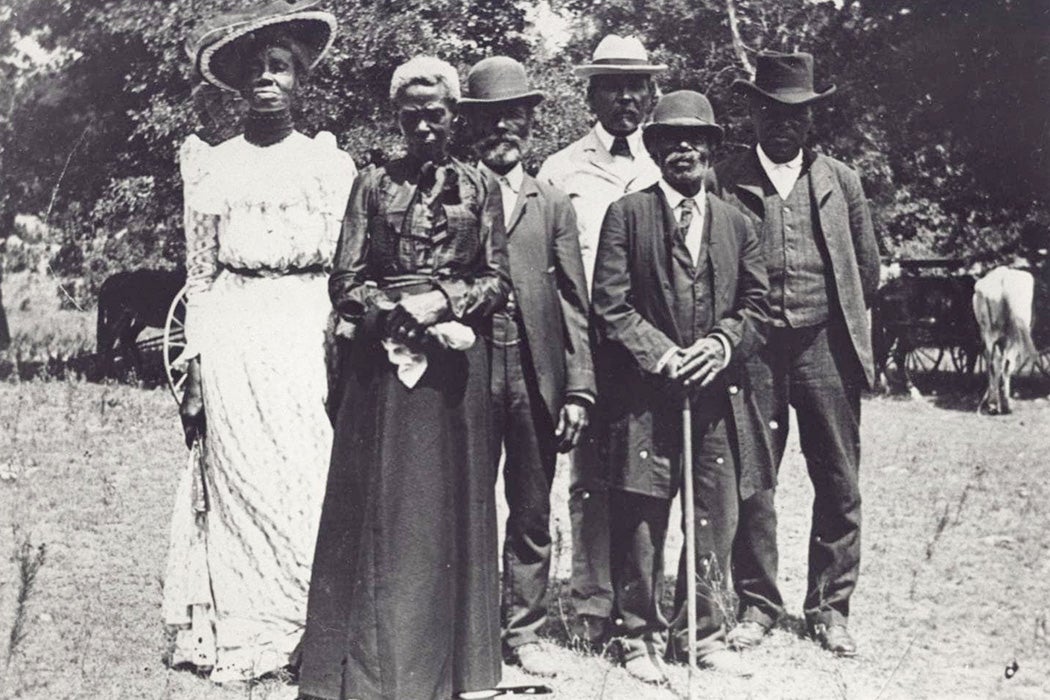 The end of chattel slavery in the United States took place over a protracted period. Celebrations—sometimes called Juneteenth, Emancipation Day, and Jubilee Day—were held on a variety of dates at different historical moments and regions. The following is a small selection of articles that dig into this complicated history. As the public historian Amber Bailey notes, “It is important to note that virtually all of [the written history] from these Emancipation Day celebrations comes through reports printed in white-owned newspapers. Thus, any understanding of these events is necessarily filtered through the lens of a white press whose views ranged from being sympathetic to black suffering, as typified in early Chicago Tribune articles, to unabashedly racist, as reflected in later Chicago Times articles.” The alternative press coverage of Juneteenth celebrations from the 60’s and 70s–adds some interesting perspective.

(Note: All links to scholarship below are freely available to all readers.)

“In the early 1890s, blacks began using “Juneteenth” to describe Jubilee Day. By the early 1900s, Juneteenth celebrations in Texas, southeast Oklahoma, southwest Arkansas, and parts of Louisiana rivaled Independence Day celebrations. To the casual observer, these celebrations seemed like jubilant, spiritual celebrations on one special day of the year. However, they were also civic celebrations that, according to historian Elizabeth Turner Hayes, “took on broader implications for citizenship.” During the celebrations, Blacks discussed voting rights and encouraged attendees to participate in the political process. Freedom included the right to vote, which was slowly being taken away by the last decade of the nineteenth century and completely compromised bythe first decade of the twentieth century.”

“The historical record tells a much bigger and more complicated story. By taking advantage of an astonishingly rich body of archival materials, scholars have found that emancipation was a profoundly revolutionary process beginning long before the first shots crashed into Fort Sumter. Archival sources reveal that the pantheon of actors involved in emancipation was far more diverse than the modern American public tends to understand. Most critically, they tell us that enslaved Americans were the chief protagonists in a national story.”

“How Abe Lincoln Lost the Black Vote: Lincoln and Emancipation in the African American Mind”
By: Allen C. Guelzo
Journal of the Abraham Lincoln Association 25, no. 1 (2004): 1-22.

“In the jubilation that surrounded the arrival of emancipation, free blacks in the North and enslaved blacks in the South rejoiced at the sound of Lincoln’s name and ignored that the proclamation was limited by Lincoln only to slaves in the Confederate states—not to Kentucky, Missouri, Maryland, or Delaware—and even then only to those areas not occupied by the Union.”

“For more than a half-century after the proclamation, African Amer icans turned its anniversary into an emancipation holiday. There was no uniformity in the exact date, since there had been no uniformity to when news of the proclamation reached the ears of many slaves. In the North, September 22, July 4, August 1, April 6, and November 1 were all celebrated for their connections with some aspect of emancipation; in Texas, blacks chose June 19—”Juneteenth”—as their Emancipation Day, since the news of the proclamation was not offi cially read to Texas slaves until June 19, 1865. What was probably the first of these jubilees occurred on New Year’s Day in 1866, when over ten thousand blacks crowded the Charleston race-course to hear speeches from white Union army generals and African-Americanministers. Over the years, emancipation festivals included parades, barbecues, prayer-meetings, sermons, speeches, and invariably, readings of the Emancipation Proclamation.”

“In recent years, Emancipation Day celebrations have begun to attract more attention from scholars of nineteenth- and early twentieth-century African American history. The scholarship of three particular scholars has been most helpful in understanding the magnitude and multiple dimensions of Emancipation Day celebrations. First, Jeffrey Kerr-Ritchie situates the festivities surrounding British emancipation in the context of the Black Atlantic. … Second, Mitch Kachun has argued compellingly that Emancipation Day celebrations functioned as sites where black communities across the United States could bridge social gaps, construct a usable past, and voice political opinions, or as sites to “congregate, educate, and agitate” as he so succinctly put it. … Third, Leslie Schwalm echoes much of Kachun’s analysis in her discussion of commemorative events organized by African American communities in the Upper Midwest. Schwalm adds an incisive interpretation of gender dynamics and the role of women in Emancipation Day celebrations, challenging the notion that sexism rendered black women invisible in public commemorations. 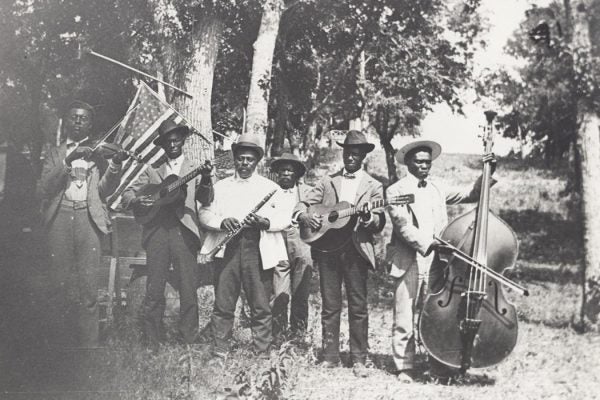