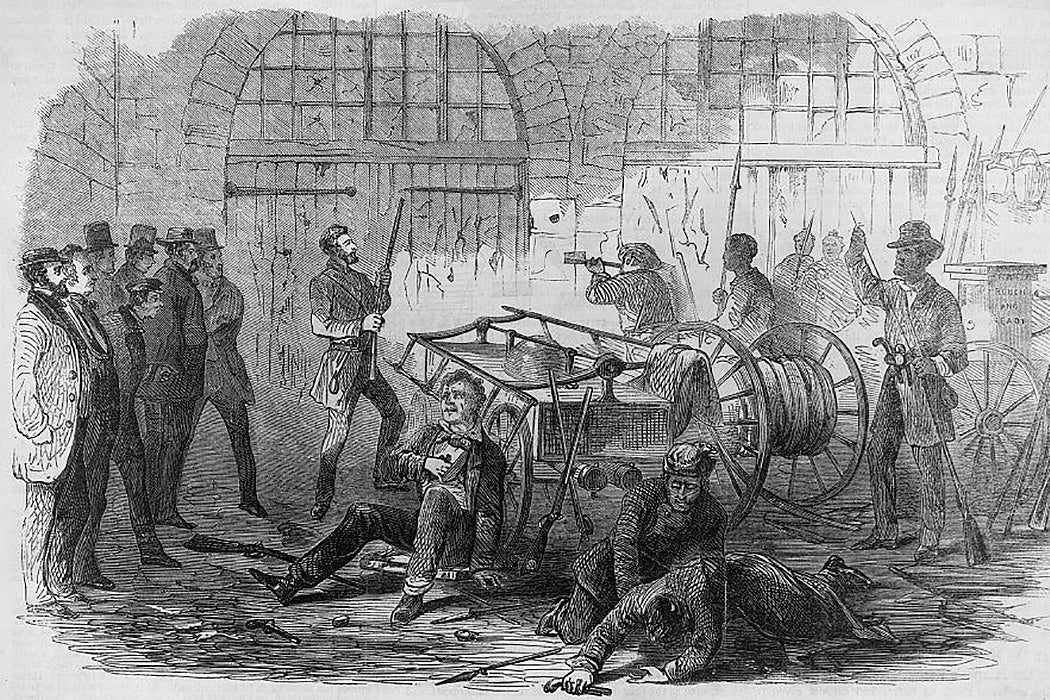 Born in 1800, a Connecticut Yankee descended from the early American Puritans, the fiery-eyed and often-bearded John Brown thrust himself into the struggles of his turbulent century. Brown was a failed businessman and farmer and the father of 20. He became the leader of a small band of 22 fighters, including his adult sons and freed slaves. On Oct. 16, 1859, the group captured a federal arsenal at Harpers Ferry, Va., (now West Virginia) taking hostages. Brown’s goal was to arm slaves and establish a free state in the southern mountains. The tiny army was able to hold on for a little more than a day and a half but were killed and captured by a U.S. Army force led by Colonel Robert E. Lee, who would soon command the slave states of the Confederacy against the Union.

Brown was hung on Dec. 2, 1859, and while southerners cheered his execution, church bells rang in sympathy in abolitionist churches from New England to upstate New York all the way west to Kansas.

Brown’s provocative actions fueled anxieties of both North and South.

Those contrasting sentiments toward Brown didn’t change after his death. In the 1960s, African American intellectuals and social activists embraced him as a white hero. “You give us moody Abraham Lincoln, but many of us prefer John Brown, whom most of you hold in contempt and regard as fanatic,” wrote novelist John Oliver Killens. Novelist James Baldwin noted about Brown, “what he was trying to do was liberate a country, not simply the black people of that country.”

Abolitionists, whose cause was immersed in Christian imagery, saw Brown’s death as a kind of blood atonement, akin to Christ’s death on the cross, a means of saving a corrupt nation tied to human bondage. Journalist James Redpath journeyed through Kansas, where Brown had led a raid against pro-slavery settlers in 1856, and later wrote, “I had seen the predestined leaders of the second and holier American Revolution.” Ralph Waldo Emerson described Brown, at the time of his execution, as a martyr who will “make the gallows glorious like the cross.”

Still, others viewed Brown as a fanatic and a terrorist. David N. Utter, writing in 1883, focused on Brown’s work in Kansas. In retaliation for an attack on an abolitionist stronghold by pro-slavery settlers, Brown and a small group of followers dragged five men from their homes and executed them. That action, a forerunner to his Harpers Ferry raid, set the fiery preacher on a violent mission. Brown built a legend, with the help of sympathetic  journalists, as a freedom fighter. He returned East and sought support from abolitionists. “What Brown thought he foresaw never came; there was no revolution and not a slave was freed. Only evil to Kansas resulted,” Utter wrote.

Brown’s provocative actions fueled anxieties of both North and South. Soon after the election of Lincoln in 1860, the first shots of the bloodiest struggle in U.S. history were fired. Brown has subsequently been credited, and blamed, for aggravating tensions that brought on the war that did, ultimately, liberate the slaves. 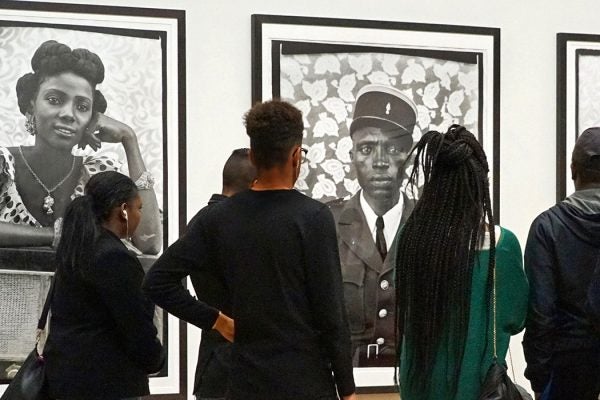 Seydou Keïta captured Bamako life at the turn of independence in Mali. Keïta’s story is mythic and rich, as is that of his art and photography.