How social media companies have imported relatively restrictive European free speech norms to the US. 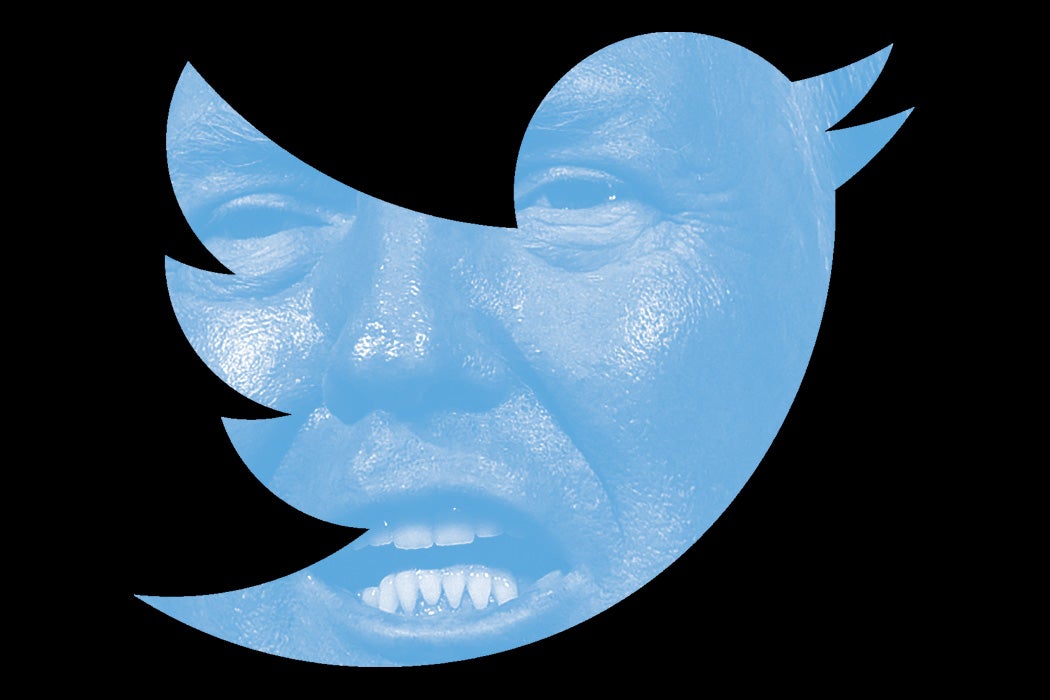 Last month, TikTok user @nas.alive asked people to answer the question: “What’s one thing that is normal in your country but weird for the rest of the world?” It took off. Missing among the videos of bagged milk (Canada), nose-touching (UAE), live fish dwelling in bathtubs (Slovakia), and other global oddities was a primer on the First Amendment (US).

The First Amendment of the US Constitution limits the government—not private entities—from restricting free expression. This is why companies like Facebook and Twitter can moderate content—and also why they could suspend then-President Trump’s accounts during his last weeks in office. While many Americans applauded this move as an appropriate response to the violent Capitol insurrection, unexpected critics emerged in corners of the globe where the American version of free speech is considered, well, weird.

German Chancellor Angela Merkel criticized the move as “problematic,” saying that lawmakers, rather than social media CEOs, should regulate speech—the exact opposite of what the First Amendment allows. Despite her rocky history with Trump, the EU leader said that his free speech right “can be intervened in, but according to the law and within the framework defined by legislators—not according to a decision by the management of social media platforms.” France’s Finance Minister also said he was “shocked” by the decision, which he framed as “social media oligarchy” regulating speech. Leaders outside of Europe criticized the move as well.

The reaction is notable not only because it reflects an ideological difference in how the regions understand free expression, but also because it occurs during a pivotal moment of change for social media companies. The EU already has placed some regulations on digital platforms, and now it is pushing to broaden those regulations through the Digital Services Act. If First Amendment principles are to survive online, Americans must engage with changes abroad.

A bedrock of American history—and, correspondingly, American constitutional legal doctrine—is distrust of the government. Anyone with a basic understanding of American history—or access to Hamilton—can see why. By contrast, Europeans predominantly understand the role of government as a safety net against corrupt private sector interests. These differences are not merely speculative: Europeans report relatively higher levels of trust in the institutions of government, while Americans’ trust of government has been in more or less steady decline since 1958.

This may explain why the EU allows for more robust public regulation of the private sector. Take privacy law for example: in 2018, the EU implemented the General Data Protection Regulation (GDPR), which places requirements on companies to protect European residents’ data. Private companies guilty of violating the GDPR, by, for example, implementing poor data security measures, face fines of up to 4% of their annual global turnover or 20 million Euros, whichever is greater.

Because it is easier for digital platforms to apply a uniform set of rules across their global operations, the strictest rules become the global norm.

The GDPR has had sweeping consequences on a global scale. Most US companies with a European presence have found it most efficient to apply the GDPR requirements across the board to their entire global operations. American internet users now find themselves clicking through cookie consent notices on nearly every website they visit. Scroll up on this very article and you will see a cookie banner; you can thank Europe.

By contrast, privacy laws in the US are piecemeal and industry- or information-specific. For example, HIPAA protects medical information, and the Gramm-Leach-Bliley Act applies to data held by financial institutions. Unlike the GDPR, the text of these rules focuses on data security rather than abstract principles of individuals’ privacy rights.

While the GDPR imposes privacy rules, a different regulation, the e-Commerce Directive, creates rules for intermediary service providers that host third-party content, such as social media platforms. The 2000 e-Commerce Directive is old enough to drink even in America, so in December, the European Commission proposed an update via the Digital Services Act (DSA).

The proposed DSA is much lengthier than its predecessor, but it preserves key parts of the e-Commerce Directive by providing intermediary liability protection for user-generated content and prohibiting any laws that require platforms to monitor all content.

Its primary goal is to address illegal content, and it does so by laying out due diligence obligations, with the heaviest burdens on “Very Large Platforms,” those that reach at least 45 million average monthly users. The obligations include systems for reporting illegal content, including use of “trusted flaggers,” which are “entities which have demonstrated particular expertise and competence,” whose reports must take priority. Very Large Platforms must take mitigating measures at the organizational level to address illegal content. The DSA also allows users to challenge takedown decisions and encourages transparency about content moderation decisions.

The DSA does not define what is illegal—for that, platforms must look to national laws. Each Member State will create an independent authority called the Digital Services Coordinator to supervise compliance in their territory. Nations that identify a violation of their laws online can use the DSA procedures to send orders to platforms notifying them of the violation.

And although the takedown procedures only apply to illegal content, there are also measures in place to address merely “harmful” content, such as “political disinformation, hoaxes and manipulation during pandemics, harms to vulnerable groups.” Very Large Platforms must conduct risk assessments of their vulnerabilities to the spread of such “harmful content,” and those assessments will be subject to independent audits. Platforms are also encouraged to follow preexisting codes of conduct.

The proposed DSA is similar in some ways to the GDPR. Like the GDPR, it applies to all online platforms that offer their services in the EU, even if they are based in America, and requires non-EU platforms to appoint a legal representative. It also is enforced with fines set forth by each Member State, but the fines are potentially higher, capped at 6% (rather than 4%) of the global turnover of the digital platform. In extreme cases, a court can temporarily suspend the platform.

The DSA and the Donald

How would the decision to remove Trump’s accounts fare in a world where the DSA is law?

Because the DSA allows Member States to enforce their own national laws on any platform operating anywhere in the EU, and it imposes the heaviest burdens on “Very Large Platforms” —which are mostly US companies like Facebook—the strictest European nation’s laws could apply even to uniquely American social media controversies.

Germany’s controversial NetzDG law is currently one of the most speech-restrictive laws in Europe. It requires that digital platforms censor hate speech and defamatory speech, as defined by the German Criminal Code, and it gives platforms a week—and, sometimes, just a day—to remove problematic content. This is a remarkable contrast to American law when one considers that it takes months or years for American courts trained in resolving legal disputes to determine whether speech is defamatory or not—and hate speech is in fact protected under the First Amendment. 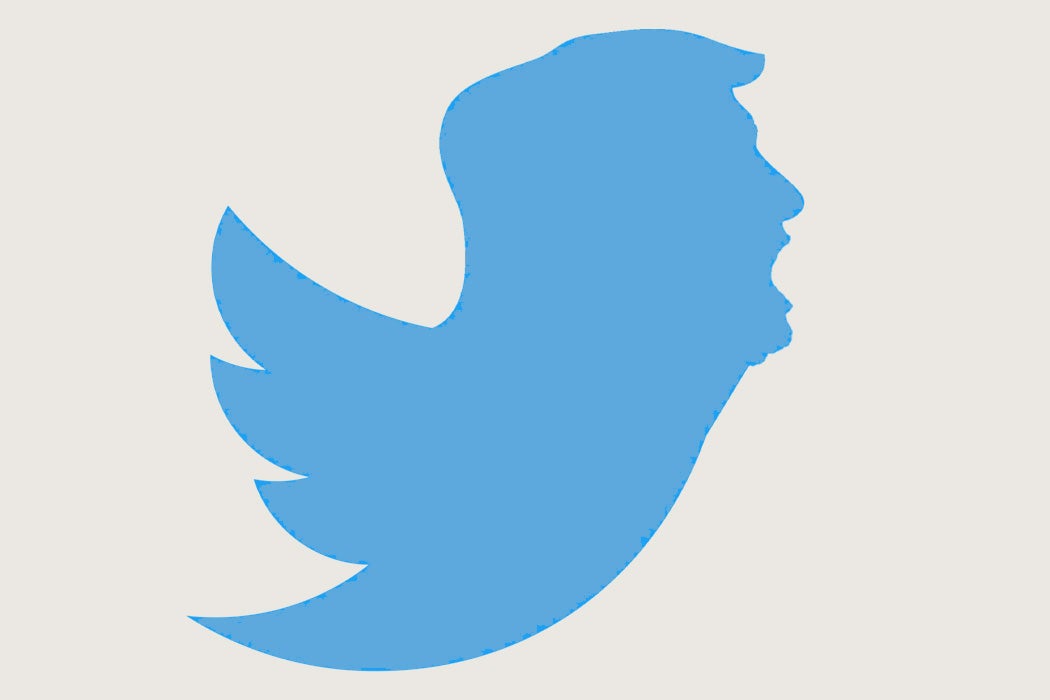 Even under NetzDG, the Trump tweets that led to his Twitter suspension may not have been illegal. And while the DSA mandates removal of illegal content, it leaves the question of what to do with merely “harmful” content up to the platforms. So, even if the DSA is passed, the EU would not require platforms to suspend Trump’s account. Nor would it prohibit such a move.

But that could quickly change, as illustrated by a recent development in Poland. In response to the deactivation of Trump’s social media accounts, Polish officials announced a new draft law that would make it illegal for platforms to take similar actions. The draft law states that social media companies cannot remove content that is not expressly illegal. Although the law purports to apply only to companies operating in Poland, under the DSA, the law would apply across Europe and, practically speaking, could extend into the US.

If laws like the Polish bill are implemented alongside the DSA, American First Amendment principles could come into direct conflict with the European model of free expression. European governments would not only tell companies what they must remove, but also what they must not remove.

Ask five Americans to explain to a European why the First Amendment is worth protecting, and you’ll get five different answers. This is not a design flaw, nor a failure of the US education system. Rather, the reasons for the First Amendment are, and have always been, varied and up for debate.

Among the many theories for the First Amendment is the idea of the “marketplace of ideas” —the argument that ideas should be aired freely to allow the public to compare competing ideas, and the truth will prevail. Critics of this theory point out that powerful groups—like Very Large Platforms—will have outsized influence in the “marketplace.” Another criticism of the marketplace theory is that, after 230 years of testing, it simply hasn’t proven accurate: if anything, critics say, this model of free speech elevates salacious falsehoods and buries truth.

The European regulatory framework is perhaps a direct response to the perceived failure of the marketplace of ideas. Europeans think the truth needs a boost, and that boost should come from the government. An American may counter that there is no evidence that governments are better than platforms at leveling the playing field in a way that lets truth prevail.

Another theory of the First Amendment is that, in a democracy, government must stay out of speech decisions so that citizens can learn truthful information about their elected officials. Although the DSA is primarily focused on non-political speech, such as terrorist content and child sexual abuse material, it is theoretically problematic, because the rules are set by the very legislators that are under scrutiny.

Another theory is that self-expression has inherent value. Under this theory, the fulfillment of the self—artistically, spiritually, creatively—is only possible where the government is constrained. The DSA, and even the current regulatory framework, is problematic under this theory; these laws can be misapplied in ways that stifle expression. This risk is heightened by the DSA’s cross-border reach, because expressive content, such as jokes and art, can take on vastly different meanings across cultures. The New York Times has already documented several instances where satirical content was censored under existing European laws. Because the DSA may result in nation-specific laws applied globally, platforms will have the unenviable job of determining whether a joke in Denmark is a crime in France, and which country’s interpretation prevails.

The challenge for platforms going forward will be complying with these evolving and demanding European regulations. The challenge for US and EU legislators will be harmonizing their free speech principles and addressing dangerous content without Balkanizing the internet. Although both regions value the fundamental right of free expression, European leaders’ comments on suspending Trump’s social media accounts demonstrate that the EU’s vision for the internet may be in tension with US First Amendment principles in unexpected ways. 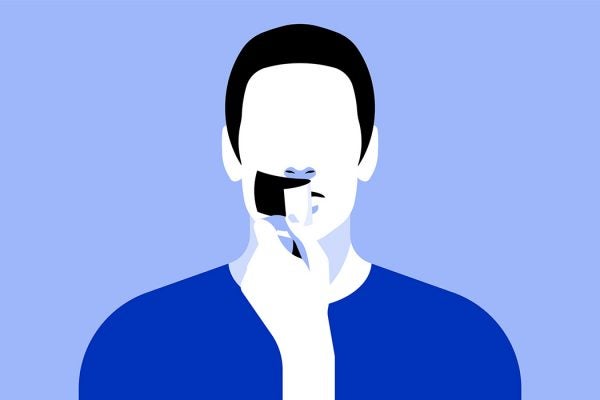 After the Capitol Riot, Who Will Govern Speech Online?

Protecting democracy from the power of free speech seems like a paradox. However, free speech on the internet has never truly been free.