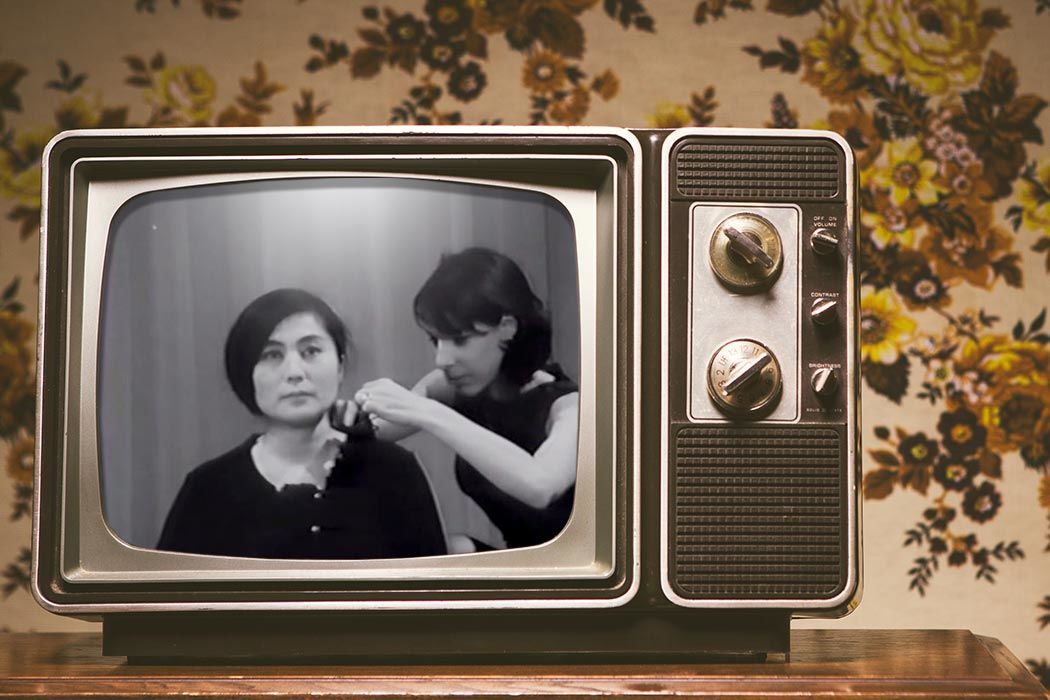 The young woman sits on the floor of the stage, dressed in her sober street clothes. Slowly, audience members begin to trail up to the stage. They cut off her clothing and take the pieces with them as souvenirs. By the end, she is completely exposed. The “she” is Yoko Ono, and she is performing what may be her most famous piece of performance art, “Cut Piece.”

Julia Bryan-Wilson writes that the piece, which was first performed in 1964, is a kind of “reciprocal ballet” in which Ono teases out notions of gender, sex, physicality, and nationality on stage. Open to multiple interpretations, she writes, Ono’s piece goes further than the surface spectacle of a hungry audience stripping its subject bare.

Bryan-Wilson places the piece squarely in Ono’s own personal history as a Japanese woman who faced starvation and danger after the bombing of Hiroshima and Nagasaki at the end of World War II. These experiences, argues, Bryan-Wilson, make the piece relevant as an exploration of not only “ocular terror,” but “the widely experienced deprivations and atrocities of war.” By reenacting the catastrophe of war, claims Bryan-Wilson, Ono personalizes its brutality.

“Cut Piece involves three interlinking gestures,” she writes, “the invitation, the sacrifice, and the souvenir.” By soliciting audience participation, Ono invites them to collude with her and asserts her own control over the situation. Once the piece begins in earnest, writes Bryan-Wilson, the sacrifice begins—a “metaphoric giving” in which Ono the artist takes personal risks. Finally, writes Bryan-Wilson, the souvenir—“little mementoes” that can serve as both a memory of the piece and a reminder of the future.

By 1969, writes Bryan-Wilson, Ono had abandoned the piece and instead focused on artistic works that were more overtly about anti-war activism, such as her “Bed-In” with husband John Lennon. But her piece still has the ability to unsettle and provoke thought and conversation. In a more recent “reenactment” of the piece, performer Peaches recreated the piece at Yoko Ono’s request. Here’s what she told Flavorwire’s Jillian Mapes about the performance:

“It sounds so basic — ‘cut the clothes off the person on stage’ — but it’s a 50-year-old piece that’s still relevant and will be relevant in 50 more years. I couldn’t believe what people were yelling: ‘Cut her hair!’, ‘I saw her boobs!’, ‘Oh my god, that outfit’s so nice!’ There was gasping, laughing, shaking, crying….just stood still, which is something I never do — I’m always in everyone’s face. I’m also never completely nude in front of people, so after 90 minutes of that, Yoko Ono put a ring on my finger, kissed my hand, and I couldn’t help but start crying. Then she said to me, ‘That’s the most rock ‘n’ roll thing you’ve ever done, that’s louder than any music show you could ever put on.’” 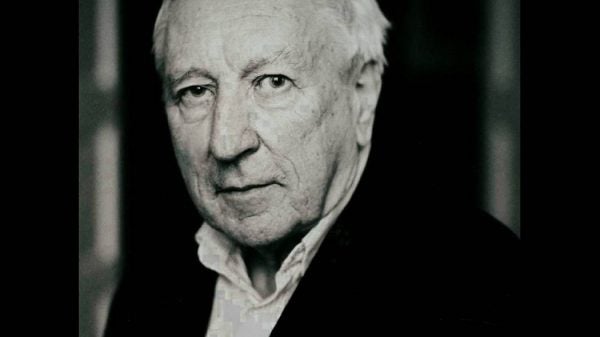