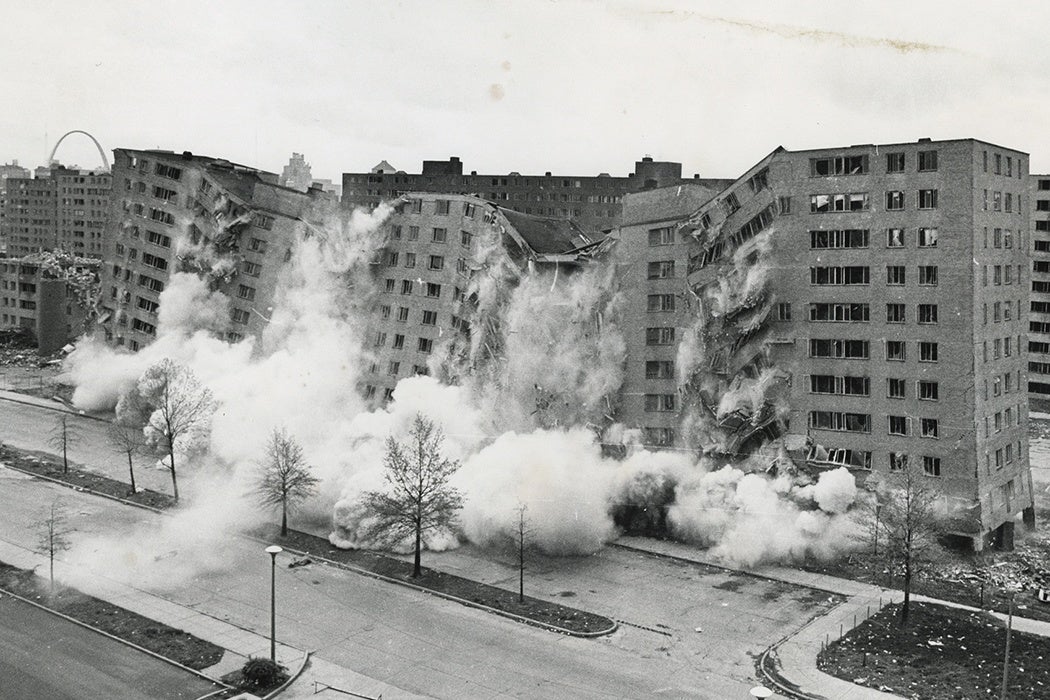 The 1972 demolition of the Pruitt-Igoe houses in St. Louis became a symbol of the failure of urban public-policy planning.
via Wikimedia Commons
By: Livia Gershon
2 minutes
Share Tweet Email Print

Over the past year, Donald Trump has repeatedly conflated black America with the “inner city,” most recently accusing Representative John Lewis of not caring about “burning and crime infested” neighborhoods. In reality, of course, most African-Americans aren’t poor city residents, crime has fallen dramatically since the 1990s, and poverty is increasingly a suburban problem as well as an urban one. But it’s certainly true that, overall, urban black neighborhoods face much higher rates of poverty, crime, and overburdened schools than white suburban areas do. One of the most prominent scholars studying poor city neighborhoods, William Julius Wilson, outlined the political and economic history that led to those conditions.

Wilson begins his account of inner-city poverty with the establishment of the Federal Housing Administration (FHA) in 1934. The FHA’s mission was to underwrite mortgages and spur homeownership in a market that had been devastated by foreclosures during the Great Depression. But the agency’s redlining policies, which denied loans to buyers in black areas, discouraged new construction and building maintenance in these neighborhoods.

Even decades of racism and neglect didn’t turn black neighborhoods into the hellscapes that Trump seems to imagine.

Instead of encouraging middle-class home building in black neighborhoods, the Housing Act of 1949 demanded the bulldozing of “slums” and the construction of public housing that excluded middle-income families, concentrating the poorest city residents in crowded quarters.

Then, starting in the 1950s, the federal government began building freeways to ferry commuters to the nation’s growing middle-class, white suburbs. These roads cut through center cities, often walling off poor and black neighborhoods from business districts. For example, Wilson writes, in Birmingham, Alabama, the interstate highway system “curved and twisted to bisect several black neighborhoods rather than taking a more direct route through some predominantly white neighborhoods.”

The suburban growth itself was the product of government policies like veterans’ mortgages and mortgage interest tax exemptions for developers, which disproportionately helped white families. In many cases, like the iconic postwar Levittown suburbs, developers refused to sell homes to African Americans. In 1957, when a black family bought a house in Levittown, New York from a white family, they were harassed for months.

When federal law finally began to curb racial segregation in the 1970s and ‘80s, many middle-income African-Americans relocated to the suburbs, where local zoning laws often prevented construction of homes for the poor. Industrial jobs also moved out of the center cities to lower-cost suburban areas, making blue-collar jobs less accessible for city residents.

Between the exodus of the middle class and the end of the influx of black people from the south around 1970, Wilson writes, “many poor black neighborhoods, especially those in the Midwest and Northeast, changed from densely packed areas of recently arrived migrants to communities gradually abandoned by the working and middle classes.”

Decades of racism and neglect didn’t turn black neighborhoods into the hellscapes that Trump seems to imagine, but they should be central to any actual discussion of urban policy. 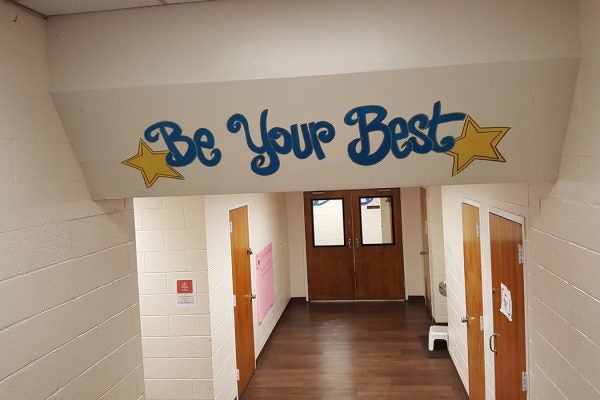