Indigenous Reserves and the Future of the Amazon

Swathes of the Amazon rainforest are set aside for Indigenous peoples to manage. While they aren’t conservation areas, they are important to the ecosystem. 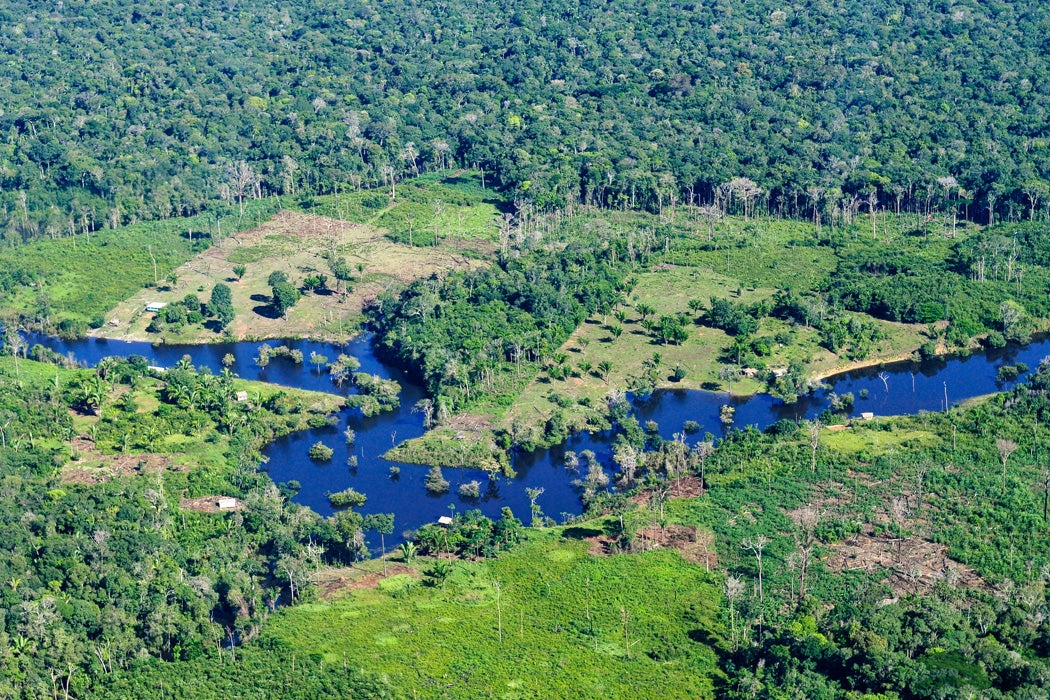 There’s a new president-elect in Brazil, and with changes in administrations come changes in priorities. Given Brazil’s stewardship of most of the Amazon rainforest, the environmental priorities of the Brazilian government draw wide interest. One sentiment in particular has concerned environmentalists: Jair Bolsonaro has expressed hostility toward Indigenous Reserves.

Broadly speaking, these reserves are areas of the Amazon rainforest set aside for indigenous residents, who get exclusive say over how their lands are managed. As conservation biologist Carlos A. Peres noted in Conservation Biology, these areas are not conservation parks and there is wide latitude in how different groups chose to manage their lands. While some groups practice lower-impact, more sustainable practices, others sell timber or mining rights to the highest bidder. In the latter case, environmental destruction is comparable to unprotected areas.

For example, according to Peres, in the late 1980s and into the 1990s, some of the Nambikwara people profited from the overexploitation of hardwood, particularly mahogany. In contrast, according to conservationists D. Nepstad et. al., by the 2000s, residents of the Kayapo and Xingu reserve in southern Para/Mata Grosso states have aggressively defended their borders and severely limited deforestation.

Outside groups eager to exploit the resources of the Amazon resent their exclusion from indigenous lands.

Many indigenous reserves are designated on paper, but have limited physical enforcement of the boundaries. Encroachment and even violence are all too common, as outside groups eager to exploit the resources of the Amazon resent their exclusion from indigenous lands.

Nevertheless, as D. Nepstad et. al. write, many indigenous reserves still provide a bulwark against deforestation and fire. Of the approximately 2,000,000 square kilometers of tropical forest area set aside for conservation, almost 1,000,000 are indigenous reserves. Because these reserves are often established in response to encroaching development, they tend to be located close to areas being exploited and developed. Deforestation, fire, and destructive agricultural practices are markedly reduced in these boundary reserves, even despite some selling of timber and mining rights by indigenous populations. Indigenous reserves act as a frontline defense, protecting forest despite being surrounded by widespread threats. Without these indigenous areas, biodiversity loss would be much greater.

Recognizing the importance of indigenous reserves, international conservation groups have entered into alliances with large indigenous groups to aid in habitat restoration, education, monitoring, and territorial control. Some of these alliances, such as an agreement to protect and restore the Xingu River headwaters, include ranchers and corporations as well. Such agreements may provide a model for sustainable management of the Amazon.

Indigenous reserves not only protect biodiversity themselves, they help prevent or slow the creep of destruction up to the borders of even more strictly protected areas. Given the global importance of the Amazon forests, many conversationists are hoping that President Bolsonaro will change his mind about supporting the Indigenous Reserves.