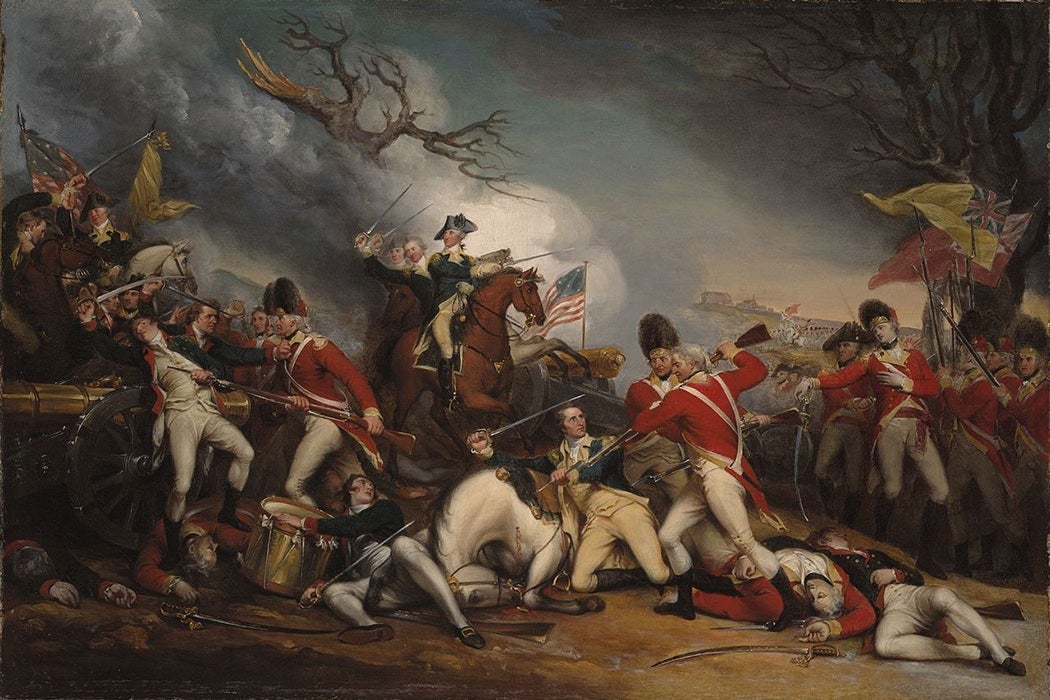 Hugh Mercer, a Scotsman who emigrated to the United States served under George Washington until he was killed at the Battle of Princeton
via Wikimedia Commons
By: Livia Gershon
2 minutes
Share Tweet Email Print

To many Americans today, immigration looks like a safety risk. Some debates over the issue pit idealistic, humanitarian support for more open borders against devotion to national security. But back when the United States was a new country, the calculus seemed very different, as Robbie Totten writes.

In the seventeenth century, it seemed obvious to the leaders of Western countries that population was a key to a nation’s strength. As English nobleman John Holland argued in the 1660s, increasing immigration to England would “enlarge the honor and Glory of the King… enlarge the Trade of the Kingdom [and] weaken our increasing Neighbours that may possibly become the worst of our Eneymes.”

For the British colonies in America, surrounded by Spanish and French colonies as well as by Native American nations, the strength of a large population seemed particularly important.

Both the British Parliament and the colonies themselves actively tried to attract foreign immigrants to North America. In 1757, the Georgia assembly passed a law to encourage immigration, insisting that it is “of the greatest importance to the safety of the British Empire in America that the Province of Georgia should be peopled with a Number of Inhabitants sufficient to repel any Invasion or Incroachment of foreign Powers, and to prevent any Incursion of the Indians.”

As the colonies moved closer to rebellion, Britain switched tacks, trying to prevent immigration to limit their strength. That led to the complaint in the Declaration of Independence that King George III “has endeavored to prevent the population of these states.”

After the American Revolution, Thomas Jefferson explained that “the present desire of America is to produce rapid population by as great importations of foreigners as possible.” Totten points out that this attitude was mostly about military dominance. He quotes one New York newspaper arguing that the importation of rich Europeans would allow “the Floridas [to] be conquered in a campaign” and “the spoils of the West-Indies and South-America [to] enrich the next generation.”

On the other hand, opposition to immigration also had to do with military security. The founders worried about allowing in foreign spies, and that new immigrants might support disruptions like the slave revolts they saw happening in the Caribbean. In South Carolina, where white residents were terrified of slave rebellions, a land-grant programs was specifically organized to “limit the future importation of Negroes and … encourage the immigration of whites.”

Benjamin Franklin also suggested excluding “Palatine Boors” and “the Sons of Africa” from the ranks of welcomed immigrants, as he considered them threats to domestic stability and security.

Ultimately, however, the nation moved forward with the presumption that immigration was a boon to national security, and U.S. borders remained mostly open for the first century of the country’s existence.