How Women Fought for the Right to Be Bartenders

As Life magazine put it, “angry barmaids are tough opponents in any hassle.” 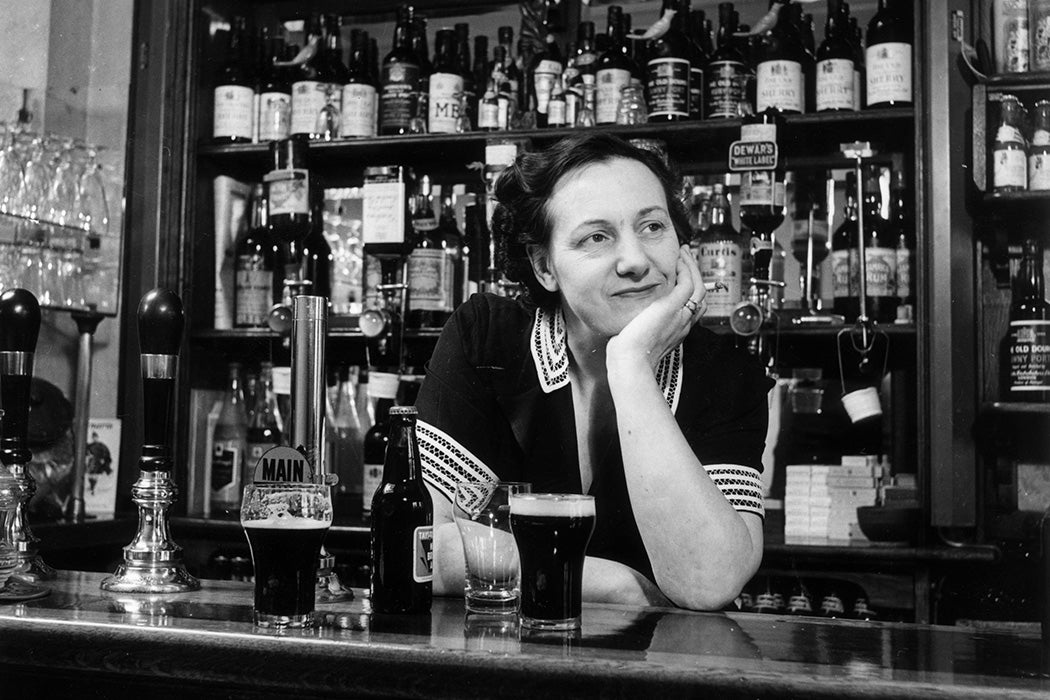 Bartenders famously have many responsibilities: not just pouring drinks but offering a friendly smile and dealing efficiently with customers who’ve had a few too many. As historian Amy Holtman French writes, it took a political movement to turn bartending into a job that women were understood to be capable of doing.

French focuses on Michigan, where, in the wake of Prohibition, the Michigan Bartenders’ Union fought for the prestige of its members’ profession. The union understood that idea to require excluding women, because bars often tried to hire them at lower rates. The union made an exception during World War II, when many employers were forced to hire women for traditionally male jobs. But after that, it pushed to get them back out. It insisted that women were less capable of controlling drunks, and that—as one union representative put it—prohibitionists would use the “alleged corruption of womanhood through their employment as barmaids” as a reason to ban alcohol again.

Some women pointed out that they felt safer behind the bar, where they were in control of their space, than working as waitresses. They also pushed back against the idea that they were not capable of controlling drunks, arguing that women’s presence contributed to a more virtuous atmosphere.

“Michigan’s lawmakers are learning what barflies already know—that angry barmaids are tough opponents in any hassle.”

In 1945, the union’s lobbying paid off. The Michigan legislature required bartenders in cities with more than 50,000 residents to be licensed. And it banned women from getting those licenses unless their husbands or fathers owned the establishment where they worked.

Female bartenders and bar owners fought back. In 1947, twenty-eight of them sued the Michigan Liquor Control Commission. They argued that the new law robbed the bar owners of their property by forcing them to hire male barkeepers to stay in business, and prevented the barkeepers from making a living.

“The women faced a battle for recognition as economic citizens, for their work to be seen as permanent and equal to that of men,” French writes.

It was a battle they lost, first in a Michigan court and then at the US Supreme Court. But they didn’t give up. Organized as the Michigan Barmaids’ Association, they mounted a public campaign to get the law repealed. In 1952, Life magazine reported on their struggle: “Michigan’s lawmakers are learning what barflies already know—that angry barmaids are tough opponents in any hassle.”

After a decade of organizing, the barmaids got their way. In 1955, the Michigan legislature removed gender discrimination from the bartending law. Eventually, the Michigan Bartenders’ Union reluctantly granted membership to women.

“The Bartenders’ Union will accept women, barmaids are taking over jobs in 2,100 bars in the Detroit area for lower wages so accepting women in the union is out of self preservation,” as a union business agent grudgingly put it.

Similar things were happening across the country. Women bartenders grew from less than 3 percent of the profession in 1940 to 11 percent by 1960. By the end of the 1980s, women represented a majority of bartenders.