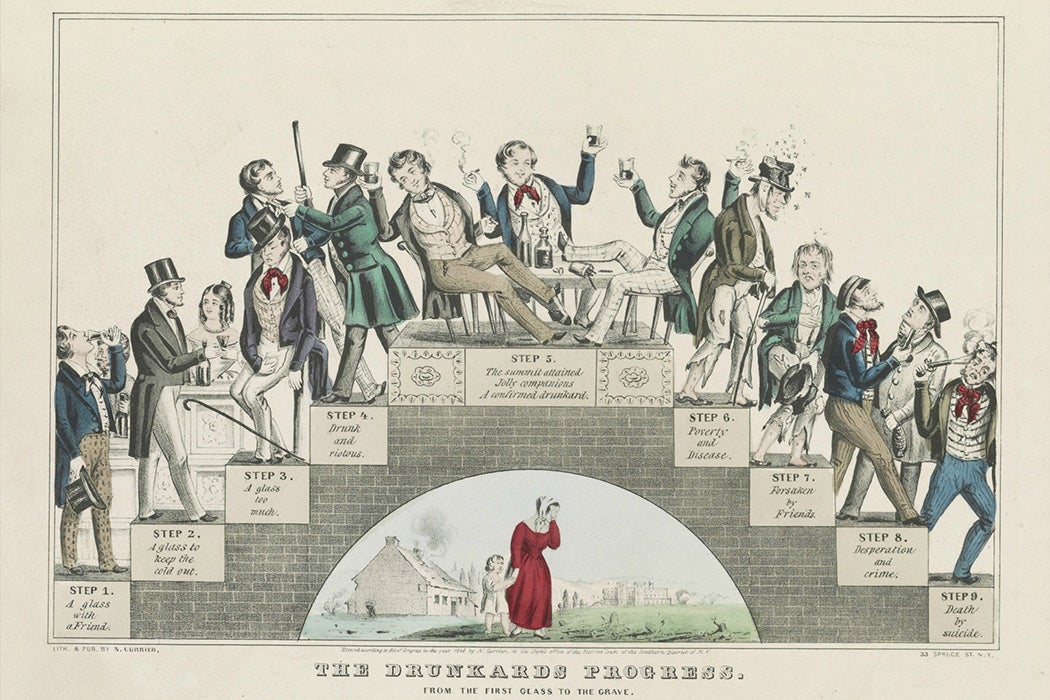 A lithograph by Nathaniel Currier supporting the temperance movement. The Drunkard's Progress: from the first glass to the grave, c. 1846
via Wikimedia Commons
By: Erin Blakemore
3 minutes
Share Tweet Email Print

When is a tea party not just a tea party? When it’s given for hundreds or thousands of people in the name of abolishing alcohol. That’s what historian Erika Rappaport suggests in her study of the temperance tea party, a nineteenth-century phenomenon that brought together huge groups of tea drinkers and sparked complicated connections between tea, morality, consumption, and mass culture.

By the nineteenth century, tea had been a beloved commodity for over a century. Though reformers and social critics argued over its meaning and worth, it had spawned its own afternoon meal by the 1830s. And in that decade, as a new meal collided with a worldwide movement to abolish drinking, the mass tea party was born.

“By drinking tea instead of alcohol, consumers would achieve class and gender harmony, political citizenship, and a heavenly home.”

Rappaport sees the British temperance movement not just as a push away from drinking, but as a force that drove its own culture and gave food, drink, and the rituals that surrounded them new layers of meaning. Advertised as the perfect replacement for booze, tea was upheld as a uniquely moral beverage for the masses.

Temperance reformers “implied that by drinking tea instead of alcohol, consumers would achieve class and gender harmony, political citizenship, and a heavenly home,” Rappaport writes. And the epitome of all of those values was the mass tea party.

England’s love for tea developed side-by-side with a growing temperance movement. As reformers campaigned first against hard liquor, then all alcohol consumption, they began to use tea parties as fundraisers. Primed with tactics from the religious revival movement, organizers brought together industrial workers to drink tea, eat food, and listen to temperance speeches laced with praise for industrious Christianity.

Thousands of people attended these highly ritualized teas, which were sometimes staffed with now-sober volunteers and which resounded with “themes of plenty, regularity, cheerfulness, and social harmony.” Prayers, songs, and speeches abounded, as did massive amounts of food that formed a kind of redemptive spectacle for those who partook. The gatherings even served as matching grounds for people looking for a sober spouse.

Along the way, tea and the people who served it became commodities. Well-mannered, generous, tea-bearing women became a carefully watched spectacle, creating a “commercialized heterosexuality” that turned women into part of the entertainment for the sake of creating morally stable families. And working-class participants themselves were burnished by the mannered celebrations, showing a sober and moral face to the upper class at a time of widespread class upheaval.

For Rappaport, the temperance movement and its tea parties were part of a movement to turn the working class into not just producers, but consumers. In turn, their desire to consume tea was painted as a justification for England’s ongoing trade wars abroad and its attempts to expand trade with China. And eventually, the temperance movement and the habit of drinking tea communally were exported to England’s colonies. The tea party had become an international symbol of British manners and morality, and the nation had thousands of working-class tea tipplers to thank.

Sacred and Useful Pleasures: The Temperance Tea Party and the Creation of a Sober Consumer Culture in Early Industrial Britain
By: Erika Rappaport
Journal of British Studies, Vol. 52, No. 4 (OCTOBER 2013), pp. 990-1016
Cambridge University Press on behalf of The North American Conference on British Studies 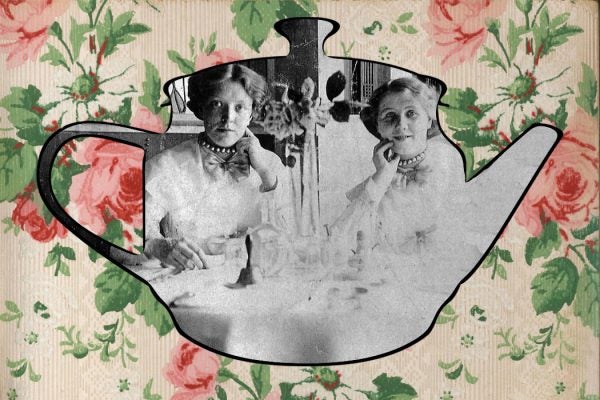