Martin and Osa Johnson were celebrities in their day, but their vision of Africa was way out of touch with reality. 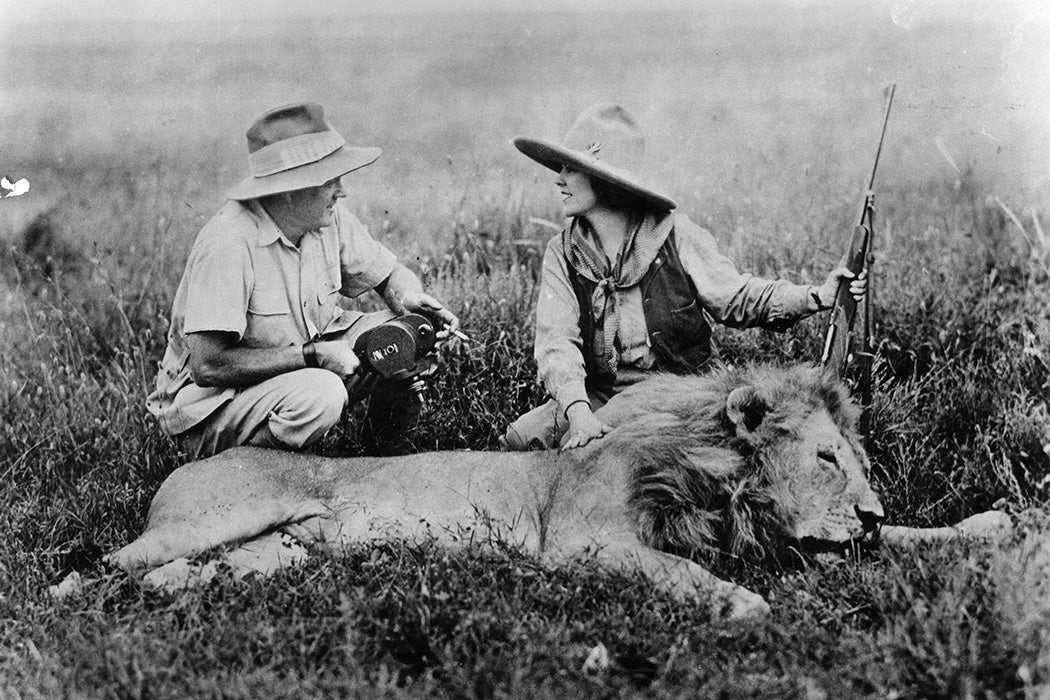 Although they may not be well remembered today, Martin and Osa Johnson were the Middle American face of exploration-entertainment through the 1930s. They helped set a template for nature and ethnographic documentaries, and became celebrities in the process. The married Kansans publicized their nine expeditions to the South Pacific and Africa through articles, books, lectures, and more than two dozen documentaries. Their vision of Africa was all Simba and safaris, primitive people in wild kingdoms.

It’s a vision that still has some sway today.

Martin Johnson died in a plane crash in 1937, but Osa Johnson carried on the work. Her ghostwritten memoir, I Married Adventure, with its striking zebra-patterned cloth cover, was the best-selling nonfiction book of 1940. More than a decade later, her name still had selling power. Her television series, Osa Johnson’s The Big Game Hunt, was the first wildlife show on American television, premiering in 1952 and running for twenty-six episodes before Osa suffered a fatal heart attack.

Film critic Robert Horton writes that the Johnsons regularly staged scenes and manipulated actuality, claiming, for instance, that they filmed “cannibals” feasting on human flesh (which was probably roast pork).

The Johnsons knew “that the public was more interested in wild animals than in indigenous peoples,” Horton explains. “And the public was interested most of all in the exciting married adventurers, which meant putting Martin and Osa—especially Osa—on camera and close to the beasts.” They dramatized nature, and they dramatized themselves.

The Johnsons’ legacy is alive, however. Scholars Byron Caminero-Santangelo and Garth Andrew Myers encountered the Martin and Osa Johnson Safari Museum in Chanute, Kansas, on a tour for new University of Kansas faculty members. (Chanute was where Osa Johnson grew up.) Noting that the Johnsons were active during the end of colonialism, Caminero-Santangelo and Myers argue that they perpetuated a very American vision of white explorers documenting “vanishing tribes in an untouched wilderness” that was “sanitized of the historical and political.”

The reality of the end of colonialism was not a subject the Johnsons explored.

The overarching message of the Johnsons’ work was that Africa needed “good, strong American values, which [would] set right the injustices to nature on the continent,” the two scholars write. A safari museum in Kansas is an illustration, they argue, of how “colonial discursive tactics and representations of Africa are re-enacted, inculcated, and Americanized.”

To this day, most of our visions and versions of Africa in movies and books are not produced by Africans. 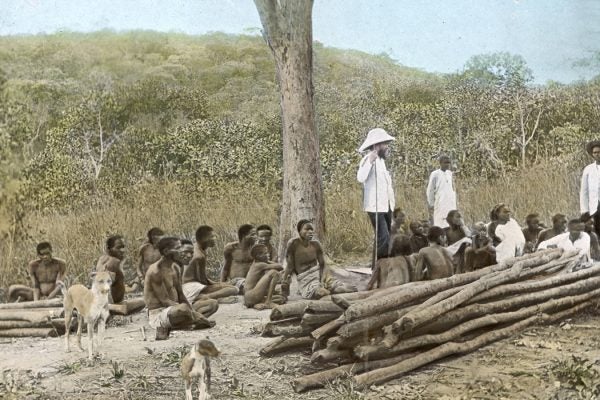 The Mixed Environmental Legacy of Missionaries

The recent murder of Christian missionary John Chau has drawn attention to the effects outsiders have on native tribes and ecology.