How to Predict Hurricanes in the 17th Century 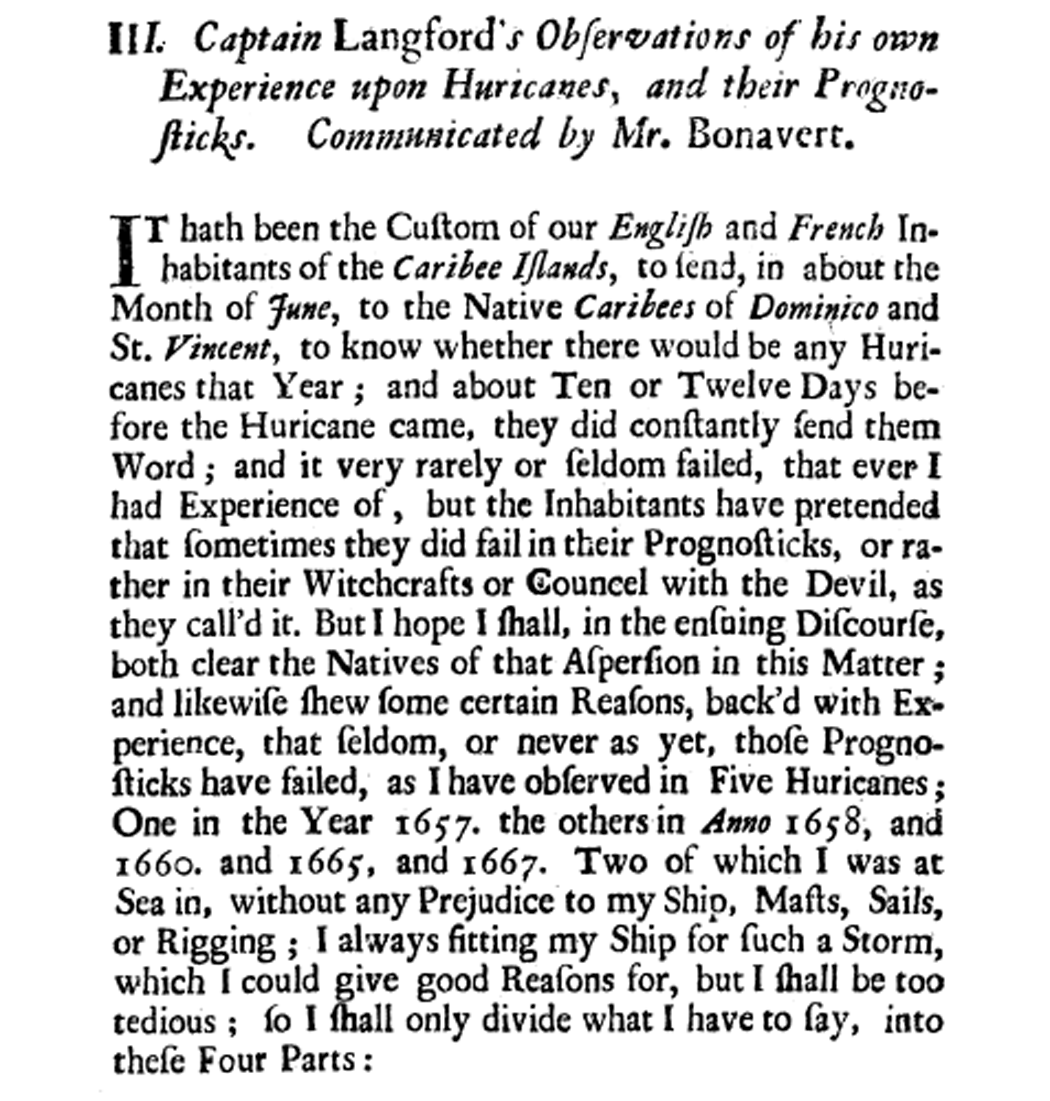 As Hurricane Harvey roars through the Gulf towards Texas, many of us are obsessively watching live feed video and technicolor diagrams predicting the path of the storm. We’re mesmerized, but hoping everyone is safe.

Imagine, for a moment, living on a Caribbean island in the 17th century and experiencing such a storm. Between the years of 1657 and 1667, one Captain Langford observed five hurricanes in the Caribbean. He felt that made him something of an expert, apparently, and thirty years later, shared his experience, including the signs the indigenous people used to predict the hurricanes, in Philosophical Transactions.

Go download the PDF and read the text; it’s rich and strange. 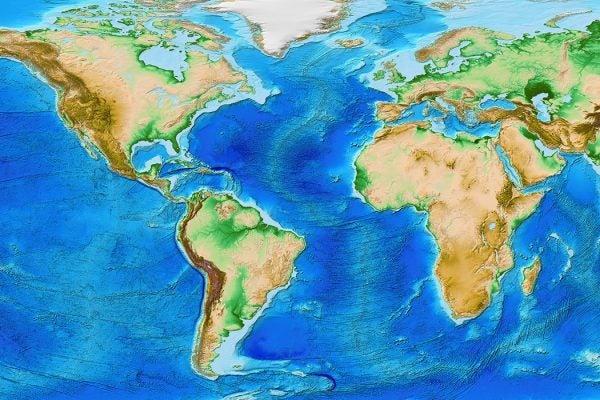 Marie Tharp's contribution to ocean-floor mapping and the acceptance of plate tectonics wasn't recognized at the time.