The bacterium that causes the plague emerged relatively recently, as bacterium go. And yet the pandemics it’s created have altered the world. 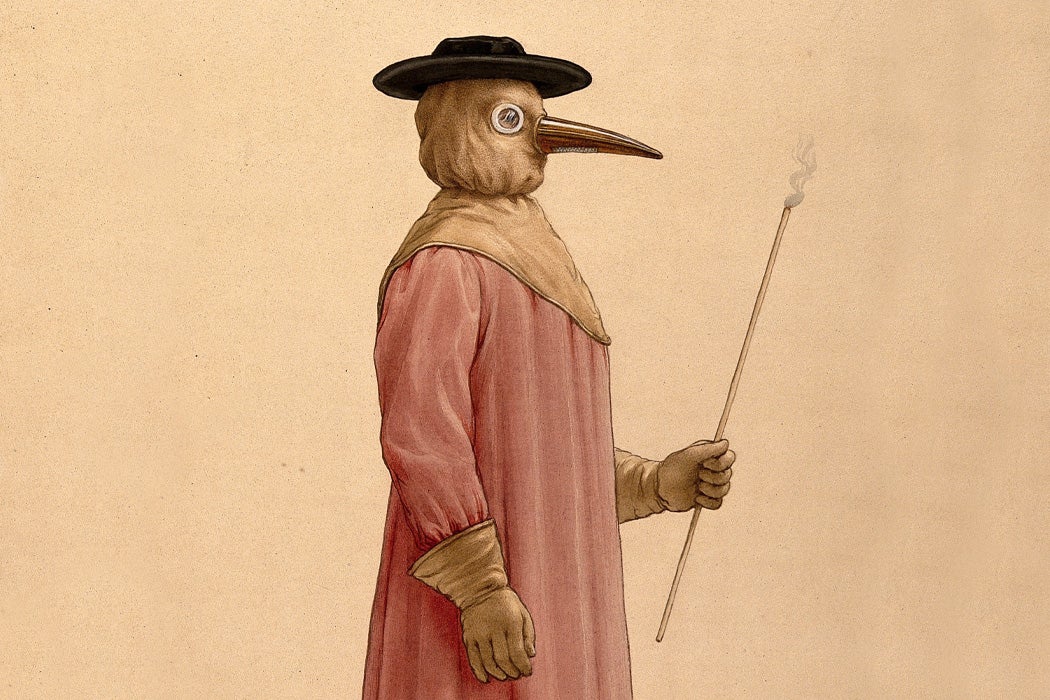 “The plague” conjures up images of the Black Death of Europe in the fourteenth century. This apocalyptic pestilence became known as the “black death” because infected people often developed buboes, swollen lymph nodes in the groin and neck, that turned black. Europe’s population was halved in four years. But that doesn’t cover the half of it. The pandemic also swept through Africa, the Middle East, and Asia. Some estimates of mortality go as high as two hundred million.

This notorious pandemic was actually the second of its kind. An earlier outbreak beginning in 541 halved the population of the Roman empire and hurried along its demise. As many as 5,000 people died per day in Constantinople. Even the Emperor Justinian I got it, but he was one of the lucky who survived.

Though treatable with antibiotics today, the disease has not been eradicated.

The third outbreak in China and India in the 1890s was the last major plague pandemic, claiming twelve million lives, mostly in India. The disease, which develops quickly and can kill within days, was fatal in the majority of cases.

Though treatable with antibiotics today, the disease has not been eradicated. Harbored in various small mammal species, plague is still found around the world. Between 2010 and 2015, the WHO counted 3,248 cases and 584 deaths, including a handful in the U.S.

The third pandemic is the reason we know what causes this nasty disease: a rod-shaped bacillus named Yersinia pestis. Once inside a human host, it reproduces feverishly, overwhelming the immune system. As infectious disease expert Thomas Butler explains, the bacillus was named after Swiss scientist Alexandre Yersin (1863-1943). Yersin discovered it in 1894 in Hong Kong:

Upon his arrival, an estimated 60,000 residents of Canton and 300 residents of Hong Kong had died of the disease, and the mortality rate in hospitals was 95%. Using his microscope he described gram-negative bipolar bacilli in the buboes and blood of patients who had died.

Since Yersin’s time, we’ve learned a lot more about this killer. Bubonic plague is spread by fleas that transfer the bacillus from animal host to humans. (There is some debate about the place of rats in the disease’s rapid spread during the Black Death.) Pneumonic plague infects via airborne droplets and septicemic plague contaminates tissues/fluids. These last two forms have even higher mortality rates than the bubonic type.

It also turns out that Y. pestis is a very recent life form. There are some eighteen species of bacteria in the Yersinia genus. A couple of these species can make you sick—the intestinal infection is called yersiniosis—and these have been around for millions of years. They are not usually deadly. But Y. pestis emerged less than 6,400 years ago. It’s very much a post-Ice Age, Holocene life form, a deadly companion of modern humans.

Butler notes that the plague is still alive and well amongst certain wild mammals.

Throughout the world, the urban and domestic rats Rattus rattus and Rattus norvegicus are the most important reservoirs of the plague bacillus. In sylvatic foci of plague, which are found in the United States, the important reservoirs are the ground squirrel, rock squirrel, and prairie dog. Rabbits and domestic cats are occasionally infected and can bring disease to humans.

The plague has radically reshaped the human world more than once. And it’s just sitting out there right now, moving around our fellow mammals. 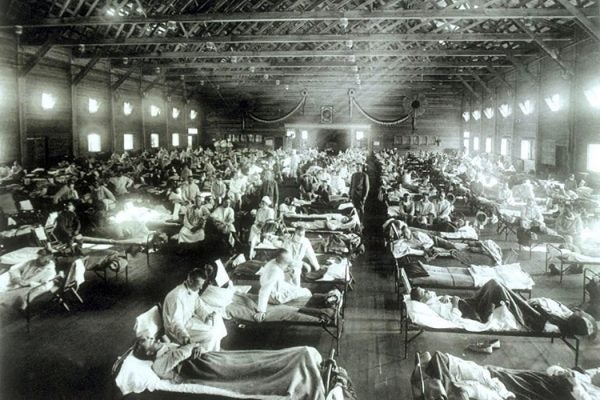