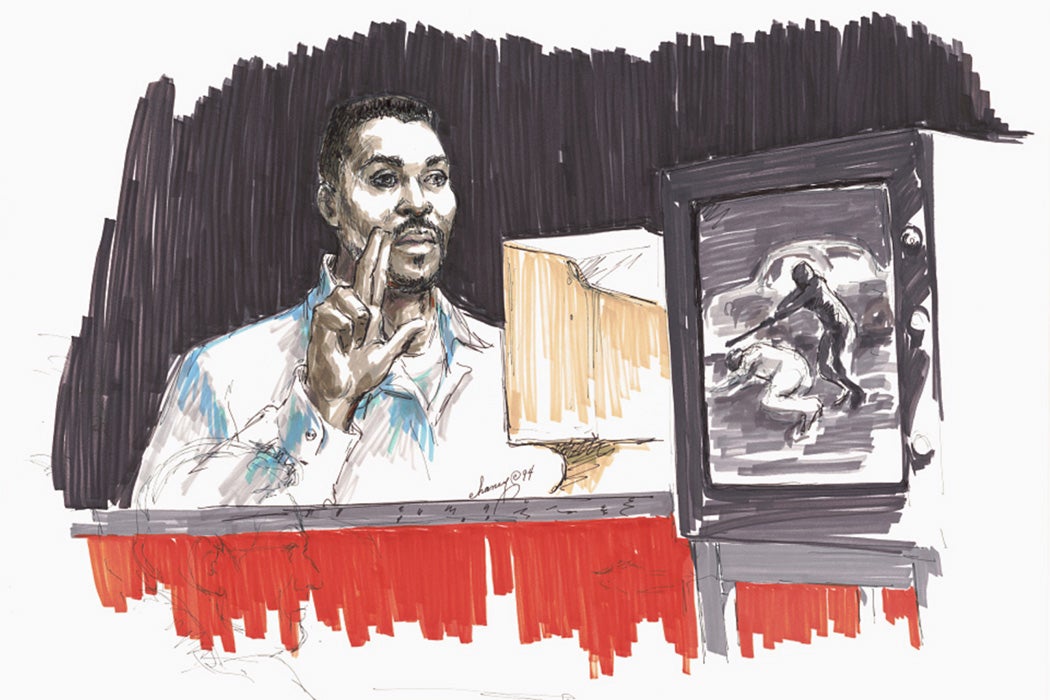 This spring, the news media is closely watching the trial of former Minneapolis police officer Derek Chauvin for the death of George Floyd in 2020. Twenty-nine years ago, another police brutality trial captured the attention of newspapers and TV news. Four white officers from the Los Angeles Police Department were changed in the severe beating of Black motorist Rodney King. Journalism and media studies professor William L. Solomon looks at the coverage of that trial by the nation’s two most influential papers, the New York Times and the Washington Post.

Solomon writes that the initial stories about the assault on King on March 3, 1991, focused on the response by community and civil rights groups. They pointed to the beating as an example of persistent racism and brutality in the LAPD. The Times quoted a legal advocacy group that noted it received complaints similar to what King had suffered on a regular basis, as well as a criminal justice professor who described police as “blatantly and openly hostile to nonwhite minorities.” The papers also covered local leaders’ calls for Police Chief Daryl F. Gates to resign.

But within a few weeks, the coverage shifted to political feuding among city leaders, culminating in Gates’s announcement of his retirement in June 1992.

“Voices of the underclass were re-marginalized, just as they had been absent from the media before the beating,” Solomon writes.

The dominant media narrative was that these moves were “setting the stage for the four errant police officers to receive justice.”

As the trial of four police officers approached, Solomon writes, the dominant media narrative was that these moves were “setting the stage for the four errant police officers to receive justice.”

When the trial began, the papers reported on the defendants’ legal strategies. While the Post referred to the “chilling tape” of the defendants “savagely beating” King, the Times downplayed King’s injuries. Both mentioned the decision to move the trial to “a conservative, overwhelmingly white area,” as the Times put it, but neither paper paid close attention to the defense tactic of breaking the video down frame by frame.

Meanwhile, outside the courtroom, a Times reporter took part in a ride-along with an LAPD officer, reporting on the difficult situations officers dealt with on the job. The Times also interviewed members of the public in local Black and white communities, reporting that everyone agreed the police should be punished for their actions.

Unlike when the assault on King first took place, there was little focus on the broader issue of societal racism and the role of the police in Black communities. Solomon notes that neither paper analyzed the way the defense drew on racist tropes to present King as “at once all-powerful, animalistic, dazed by drugs, and insensate to pain.”

Overall, Solomon writes, the coverage suggested that Gates’s removal had solved the police department’s internal issues, and the trial should prove that misbehaving officers would be brought to justice.

It was only after the jury’s acquittal of the officers, and the uprising that followed, that the media once again began to examine the deeper roots of racism in policing. 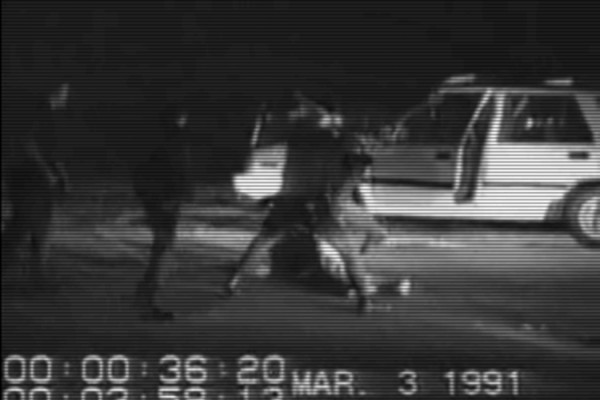