How the Artists Union Shook Up the New Deal

When artists showed solidarity with one another and the larger labor movement, they won federal patronage. 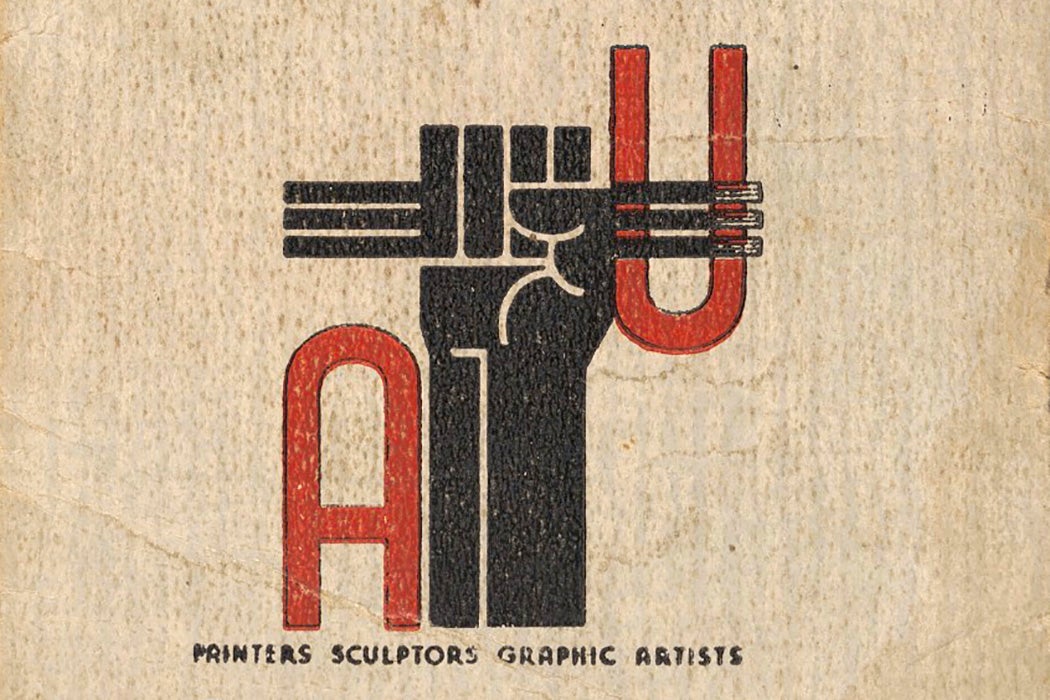 Artists may seem like an unlikely sector of the workforce to unionize, yet the devastation of the Great Depression of the 1930s caused them to organize as “cultural workers” and petition the government for assistance.

Through the efforts of the Artists Union, explains social historian Gerald Monroe, the idea of work-relief for artists soon became accepted as a government responsibility. Influenced by socialist ideology and inspired by the growing labor movement, union members turned to militant trade union tactics to realize their goals. The Artists Union became the bargaining agent for wages and working conditions on the Federal Art Project of the Works Progress Administration.

“The State can eliminate once and for all the unfortunate dependence of American artists upon the caprice of private patronage.”

The Artists Union had its origins in the John Reed Club of New York, an organization of radical artists and writers founded in 1929. The club aimed to further cultural opportunities among the American working class. In 1933, members issued a manifesto demanding that the state sponsor art projects not only to provide economic aid to artists but also to serve the cultural life of the community. “The State,” they declared, “can eliminate once and for all the unfortunate dependence of American artists upon the caprice of private patronage.”

Soon, the Unemployed Artists Group, as it was then known, had successfully petitioned the Civil Works Administration to fund a federal work program for artists. In early 1934, with many of its members employed in various government-sponsored programs, the group changed its name to the Artists Union. The next year, the establishment of the Federal Art Project as part of the newly created Works Progress Administration rapidly expanded the resources allocated to artists. The organized artists successfully obtained the highest wages allowable plus favorable working conditions from the WPA.

Meetings, held every Wednesday, were usually attended by at least a couple of hundred members and were an important site for New York artists to congregate. Their willingness to turn out for demonstrations earned them the nickname “the fire brigade,” and they were frequently called upon to assist other unions or left-wing organizations on picket lines. During a 1936 sit-in at the offices of the Federal Art Project, the police arrested 219 artists.

The WPA was always supposed to provide temporary work relief, to be disbanded as the economy recovered. Unlike most WPA workers—carpenters, bricklayers, engineers—the artists didn’t dream of the day when they would go back to work in industry. They sought to make government patronage permanent. But by fall 1936, as President Franklin D. Roosevelt was ordering the WPA administration to pare its rolls, artists fought the cuts with demonstrations, sit-ins, work stoppages, and visits to congressmen and top WPA officials.

But the erosion of federal patronage made union membership shrink, and with the deterioration of union power there was no hope of averting the dismantling of the Art Project. The Artists Union came to an end in May 1942. “If the last days of the union were characterized by a sense of despair and futility,” concludes Monroe, “members could recall with pride the history of an organization that had served them well,” forcing radical concessions from the government and briefly creating a new model of the artist’s role and position in society.