Is football too violent? It’s a problem Teddy Roosevelt once tried to solve from the White House. 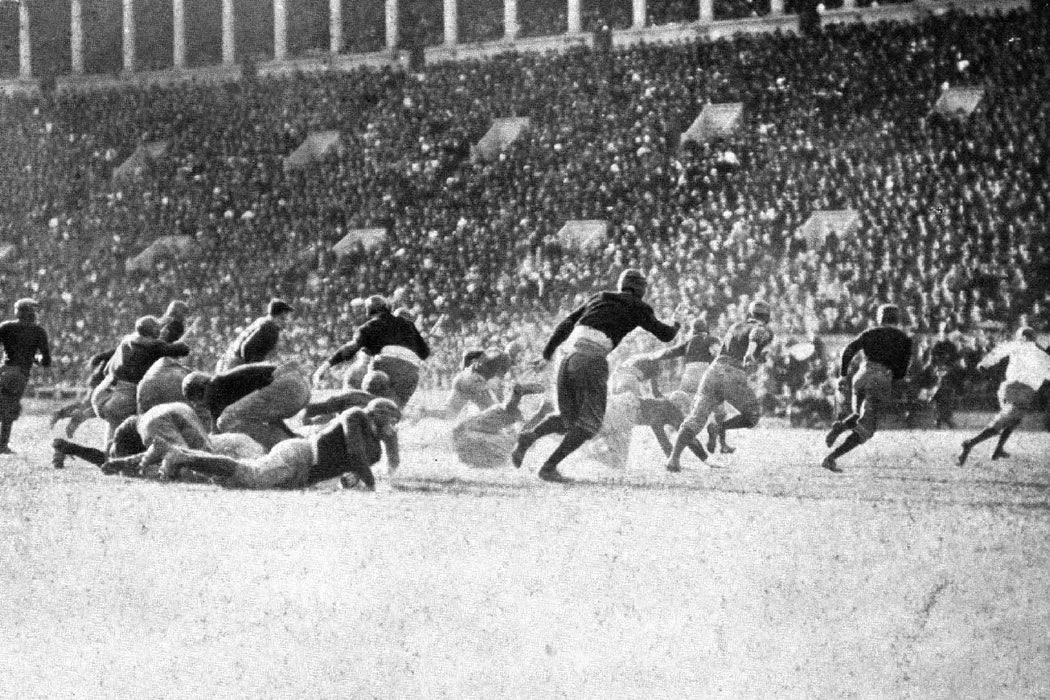 Players scramble for the ball in a 1914 Harvard-Michigan game
via Wikimedia Commons
By: Peter Feuerherd
2 minutes
Share Tweet Email Print

Is football too violent? Are gridiron warriors, from kiddie leagues to the NFL, paying too much of a price with damaged bodies and concussed minds to feed America’s most popular athletic spectacle? Is the college game overly reliant on athletes who rarely attend classes, cheat on exams, and are paid under the table?

These are not new questions.

President Theodore Roosevelt, who praised the game for what he called its upholding of masculine virtues, felt that it needed to be purged of some of its own violent tendencies. He invited the leaders of the game to the White House to implement changes. Yes, fresh off mediating the end of the Russo-Japanese War and a coal strike, Roosevelt decided to federally intervene in an emerging collegiate sport.

The year was 1903. The NFL was decades away. The game, derived from British rugby, was centered around a few northeastern elite colleges, including Harvard, Roosevelt’s alma mater. A football fan, Roosevelt, whose own son played for Harvard at the time, took on the role of Progressive reformer. The aim was to save the game from itself. One historian saw Roosevelt’s unusual intervention as emblematic of the bouncy warrior’s Progressive style, “to do away with the abuse that an activity, worthy in principle, might continue to flourish.”

There was a lot of work to be done. Rules at the time allowed for crushing “momentum” plays in which offensive players could get a forward running start before dispensing crippling blocks. The flying wedge, in which ball carriers moved behind teammates linked together, was a common strategy resulting in regular injuries. Players boasted of deliberately injuring the star players of opponents.

Roosevelt brought together representatives from the top football schools to the White House to implement changes to curb the violence. They came up with rule changes to open up the game, including 10 yards for a new set of downs and the introduction of the forward pass. The rule changes provided a public relations reprieve and helped the sport grow into the behemoth it is today.

That’s not to say the results were immediate. Just two years later, 26 deaths were counted among collegiate players. It would take another politician, Woodrow Wilson, then president of Princeton University, to push for reforms to standardize and make a violent game less deadly.

Political Football: Theodore Roosevelt, Woodrow Wilson and the Gridiron Reform Movement.
By: John S. Watterson
Presidential Studies Quarterly, 25.3 (1995): 555-64
Wiley on behalf of the Center for the Study of the Presidency and Congress 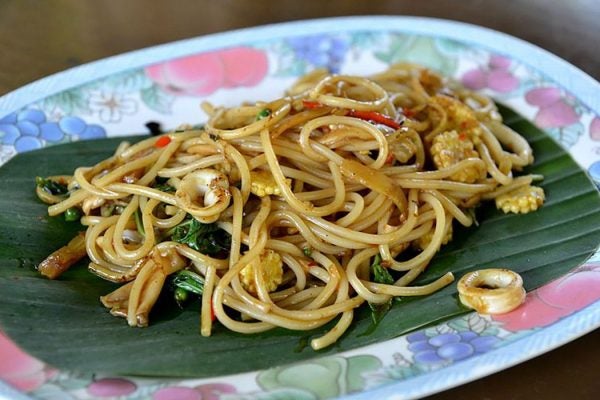 “Eastern Spaghetti”: How Italian Food Became a Favorite in Thailand

Thai-Italian fusion is massively popular in Thailand. How did pizza and pasta make their way into Thai cuisine?