In a sports world where soccer players theatrically feign injuries and cyclists dope, one might rightfully ask: Is fair play just a myth? 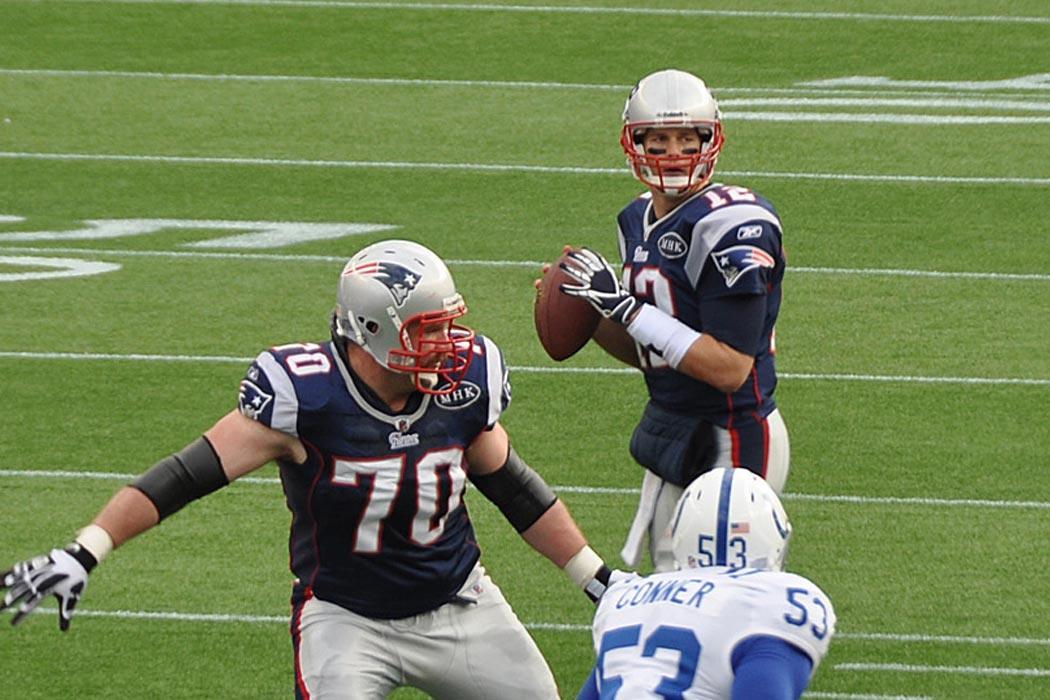 Few tears were shed outside of New England when an NFL-hired investigator found it probable that Patriots quarterback Tom Brady was “at least generally aware” a locker room attendant and equipment assistant were conspiring to deflate game day balls to Brady’s liking. The scandal, dubbed “Deflategate,” ended in a four-game suspension for Brady, a $1 million fine for the team, and the loss of both a first and fourth round draft pick—not to mention some pretty bad publicity.

Brady and the Patriots now know what countless others knew before them: athletes who cheat hold an unenviable position in American life. They’re given the same esteem as Wall Street traders, corporate lawyers, and DMV clerks—maybe less. Their actions are seen as an affront to fair play, the foundation of virtuous competition. But in a sports world where soccer players theatrically feign injuries, where cyclists dope, and college recruiting violations persist, one might rightfully ask: Is fair play just a myth?

The answer depends on who you ask—and the sport. As it turns out, football has always had a little more explaining to do.

There’s a presumed link between athletics and moral development, and it’s longstanding.

The 26th president, Theodore Roosevelt, famously implored citizens to embody the virtues of the “strenuous life.” A once asthmatic child, Roosevelt had himself gone on to Harvard to become a bodybuilder, wrestler, and boxer, Karl Helicher writes in a 1985 article in the Presidential Studies Quarterly. In boxing, Roosevelt even made it all the way to the 1879 Harvard Athletic Association semifinals.

Roosevelt once wrote “athletics are good, especially in their rougher forms, because they tend to develop such courage. They are good also because they encourage a true democratic spirit,” according to a 2001 article by Patrick K. Dooley in the Transactions of the Charles S. Peirce Society.

Dooley explains, “For Roosevelt, a ‘combination of bodily vigor and moral quality’ is the invaluable byproduct of athletic prowess.”

That sentiment is echoed in a 1925 article in the Journal of Education, in which Missouri state director of hygiene and physical education, Henry S. Curtis, explains that sportsmanship is the “direct descendant in modern life of chivalry.” Athletic participation, according to Curtis, is the most effective way to teach “courage, determination, manliness, grit and all those qualities which we speak of as virile.” He cites one Harvard dean who went so far as to say football was the greatest safeguard to the morals of his students.

But while coaches, commentators, and athletes-turned-camp-founders still tout the moral benefits of competition, interpretations on the effect of sports on character and morals have certainly evolved.

In the 1988 article “The Logic of Playing Dirty,” Alfie Kohn, writer, lecturer, and author of “No Contest: The Case Against Competition,” argues that we tend to blame cheating on the mistakes of single players but overlook the fact that competition is itself the problem.

This misperception “coincides with the entrenched reluctance of Americans to consider structural explanations for problems. We prefer to hold individuals responsible for whatever happens… In the case of competition, the root causes of abuses is the competitive structure itself.

We underscore the importance of being a winner by diminishing losers, Kohn says. We worry more about winning than ethical principles; we glorify the dirty player as “someone to be reckoned with, someone impressive and fearsome; he is ‘bad’ or ‘tough’ in the admiring sense that children use these words.”

“Pious admonitions about not getting carried away in competition, however well-meaning, are just exercises in self-deception. If we are serious about eliminating ugliness, we will have to eliminate the competitive structure that breeds the ugliness.”

So Why Do We Cheat?

Anyone might bend, break, or stomp on the rules for any reason—from the pursuit of glory to the eternal and subconscious quest to fill the void left by the absence of parental love. But some identifiable factors appear at play:

Whether it’s a slippery slope or a nosedive, the temptations for athletes and coaches are clear.

“As we focus on winning, we’re less likely to focus on other things,” Maurice Schweitzer of the University of Pennsylvania’s Wharton School told the public radio show Only a Game in January. “The lines that were very clear to us before become less clear. And what’s merely competitive versus what is unethical becomes fuzzier and more people are likely to cross that line. So in a very competitive situation, people are more likely to cheat.”

Schweitzer made the comments after the Patriots Deflategate story broke, and it’s easy to see the applicability his insights have to the four-time Super Bowl champs. Before Deflategate there was “Spygate,” where the Patriots got caught trying to video record an opponent’s sideline signals. Then there was the loophole-exploiting alignment the team used against the Baltimore Ravens in this year’s playoffs.

It’s also fair to say the “everyone else is doing it” explanation probably applies to the NFL more broadly—the Patriots aren’t the only ones getting caught with their hands in the cookie jar.

The Atlanta Falcons were punished this year for piping artificial crowd noise into their stadium to hinder visiting opponents; in 2013 there was the New Orleans Saints “bounty scandal,” in which the NFL accused defensive players of participating in a scheme that paid for devastating hits resulting in opponent injuries; and not long before the Deflategate decision was handed down, the New York Jets were fined $100,000 for “tampering” when owner Woody Johnson complimented cornerback Darrelle Revis while he was still playing for the Patriots (Revis later signed with the Jets).

If it seems like football teams have a particular penchant for skirting the rules for a competitive advantage, some would say it’s because they do—and there’s a little bit of history to it.

Get Our Free Weekly Digest

The Curious Case of American Football

Despite its reputation as the sport that most instills in its players toughness, character, and resolve, the game has long been the subject of ethical scrutiny.

In 1903, Colgate University president George E. Merrill felt so strongly about the negative aspects of the game that he penned an article titled “Is Football Good Sport?” for The North American Review, the nation’s oldest literary magazine.

Merrill, also a pastor and scholar, credited the sport for being an “ally of good order and reasonable living.” But the compliments pretty much ended there.

In the article, Merrill criticizes football for its violence (the American Medical Association had reported 12 deaths as a result of the sport the year before; there were also more than 80 serious injuries recorded); he criticizes the fact that success depends so heavily on size; he thinks the play clock is unfair (why should a team start from scratch if a strong drive doesn’t end in a score by the end of the first half?); the scores are too lopsided, he says, and it’s dubious that the rules allow coaches to send in fresh substitutes to compete against wearied opponents.

Probably most amazing to present day fans is his criticism of the defining characteristic of the sport—tackling.

“Baseball resents as foul any attempt to spoil an opponent,” he writes. “What would baseball be if the man running the bases were to be tripped up? What, if the batter could have his bat lassoed in some way just before striking? All plays are made as difficult as they can be made by the skill of the opposing side, but every play is allowed to proceed to its finish without interruption.” Not so in football, Merrill implies.

In a comprehensive episode of the NPR show Radiolab, hosts Robert Krulwich and Jad Abumrad link football’s “creative” nature back to Glenn Scobey Warner, better known as ‘Pop’ Warner, the youth football namesake and coach of the Carlisle Indian Industrial School football team at the turn of the century and early 1900s.

As the hosts explain, Warner was famous—and infamous—for using trickery to make up for the size differential between his players and the behemoths of the dominant Ivy League. Warner exploited loopholes in a way that would make Patriots coach Bill Belichick blush. Some of his tactics are hard to call anything but cheating: a hidden ball trick that involved stuffing the pigskin into a pouch sewn into a jersey, leather football patches sewn onto the fronts of jerseys to confuse opponents, a receiver running out of bounds, around spectators, then back onto the field to catch a forward pass.

In an interview taped for the episode, New York Times ethicist Chuck Klosterman says ingenuity and peculiar innovation, like barefoot kickers or punters, are part of football’s legacy:

“It changes more often than any sport we have. Football was Nixon’s favorite sport, but it was Hunter S. Thompson’s favorite, too,” he wrote in an essay that inspired the interview. “Football coaches will try anything. They’re gonzo.”

He added, “Football allows the intellectual part of my brain to evolve, but it allows the emotional part to remain unchanged. It has a liberal cerebellum and a reactionary heart.”

But does America’s most popular sport say even more about the American way, about where we draw the line between competitive drive and unfair play? Why do we applaud a crushing, disabling hit to the quarterback but mock Tom Brady for liking his footballs a little on the soft side? (Disclosure: the author is a lifelong Pats fan.)

We’re impressed by people who push the envelope; it’s even seen as a sign of competency or skill. A good lawyer determines the line and walks up to it; a shrewd businessman stows away at least some cash off shore; a good accountant knows every loophole and exploits them for his clients.

But we cry foul when a toe goes over the murky, always shifting line.

Perhaps it’s our “pious admonitions,” that Alfie Kohn wrote of; maybe our vitriol is preemptive, self-protective—piling onto the cheater like linebackers guards our own reputations. We know the best defense against a witch hunt is to join one.

Eh, that, and there’s some joy in watching the mighty fall from grace. Where’s the fun in seeing a schmuck get caught?

Share Tweet Email Print
Have a correction or comment about this article?
Please contact us.
ETC: A Review of General SemanticsPresidential Studies QuarterlyThe Journal of EducationThe North American ReviewTransactions of the Charles S. Peirce Society 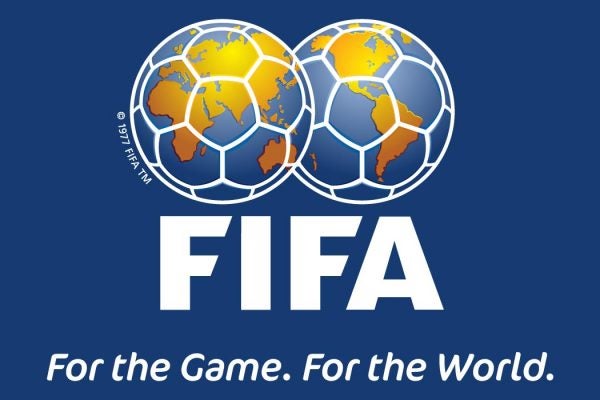 FIFA is a corporation--the current crisis of football fits perfectly into the model of capitalist expansion and inevitable crisis predicted by Marx.