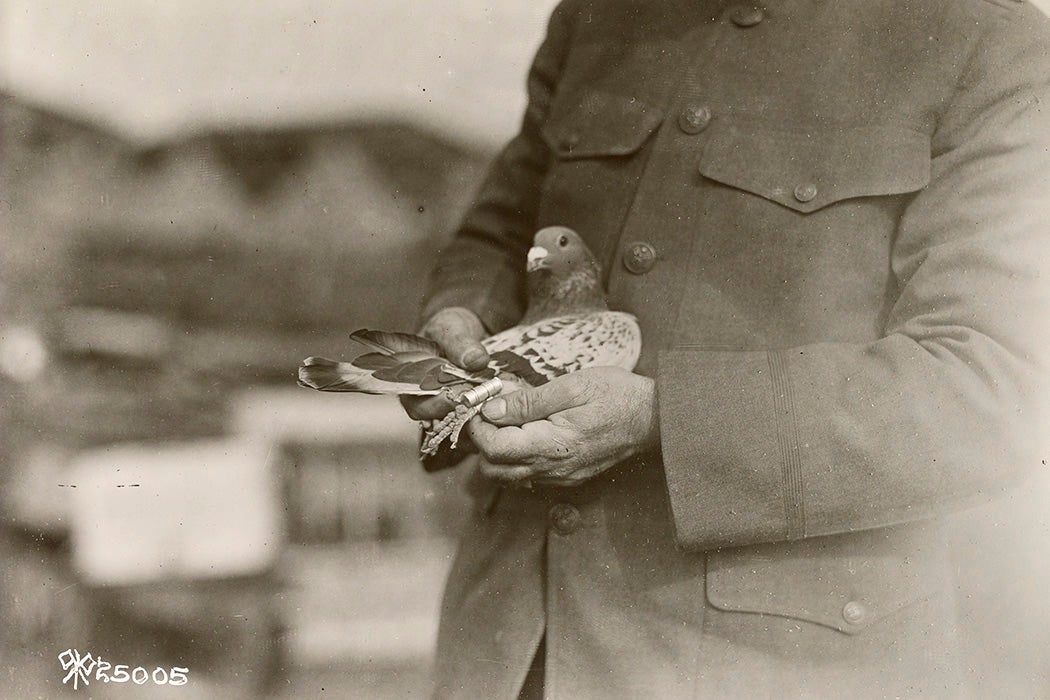 If you want to tell a story about World War I, you could talk about grueling trench warfare or muddled international politics. Or, as military historian Frank A. Blazich Jr. did in an article last year, you could focus on the pigeons.

When the United States entered the war, Blazich writes, the Army Signal Corps boasted cutting-edge technology and expertise. But it was also vulnerable to attacks that could take down its wires and lead to the interception of messages. When the Army’s chief signal officer, Col. Edgar A. Russel, met with British and French signal officers, he learned about an alternative technology—the homing pigeon.

The Army’s initial experiments with the use of pigeons in the forty years before World War I had had mixed results, including some unfortunate encounters with hawks.

According to a report prepared for Russel, the French had found that “Pigeons…can work regularly, and in spite of bombardments, dust, smoke or fog, can bring accurate details concerning the situation of the troops.”

The relationship between pigeons and humans goes back at least 5,000 years, and the birds—particularly the passenger variety—were once famously common in the United States. But, Blazich writes, the Army’s initial experiments with the use of pigeons in the forty years before World War I had had mixed results, including some unfortunate encounters with hawks.

Still, the meeting with European leaders persuaded the Army to try again. They found two men who had been breeding and working with pigeons since they were boys: David C. Buscall and John L. Carney. In October of 1917, Buscall, six noncommissioned officers, 800 pigeons, and a great deal of feed boarded the USS Agamemnon, headed for France. Breeding pairs produced more than 4,000 young birds by November 1918.

The birds began their training at five weeks old. At ten weeks, many of them headed to the trenches, carrying back messages over distances of about ten miles. Each pigeon had one of its primary flight feathers on the right wing stamped with “U.S.” and the number of its assigned loft. The operation also included backpacks capable of carrying four birds, along with message tubes, pencils, and a gas-proof cover.

Blazich writes that the Army trained pigeoneers to use the birds when other communication had broken down or would be too slow. Between August 29 and September 11, 1918, one mobile loft received seventy-eight important messages from the front. Unfortunately, during the initial field operations many of the pigeons succumbed to poor handling by troops who were unclear on how to treat them, or simply careless.

That fall, hundreds of pigeons served during the Battle of St. Mihiel and the Meuse-Argonne Offensive. In one case, men trapped by German forces sent out a pigeon named Cher Ami, which completed its mission despite being wounded by enemy fire, helping rescuers find the survivors.

The Army initially planned to leave the pigeons behind in Europe after the war’s end. But, Blazich writes, Russel convinced his superiors to allow them to travel back to the US. There, many veteran pigeons were auctioned off for private use, allowing them to reintegrate into civilian life.

Editor’s note: In this article, the pigeon Cher Ami was originally gendered with feminine pronouns. In fact, as further research by Frank A. Balzich Jr. has shown, Cher Ami was a male pigeon. 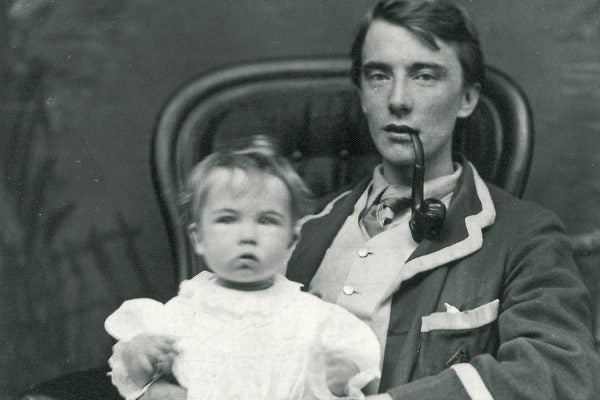