Martha, last of the passenger pigeons. 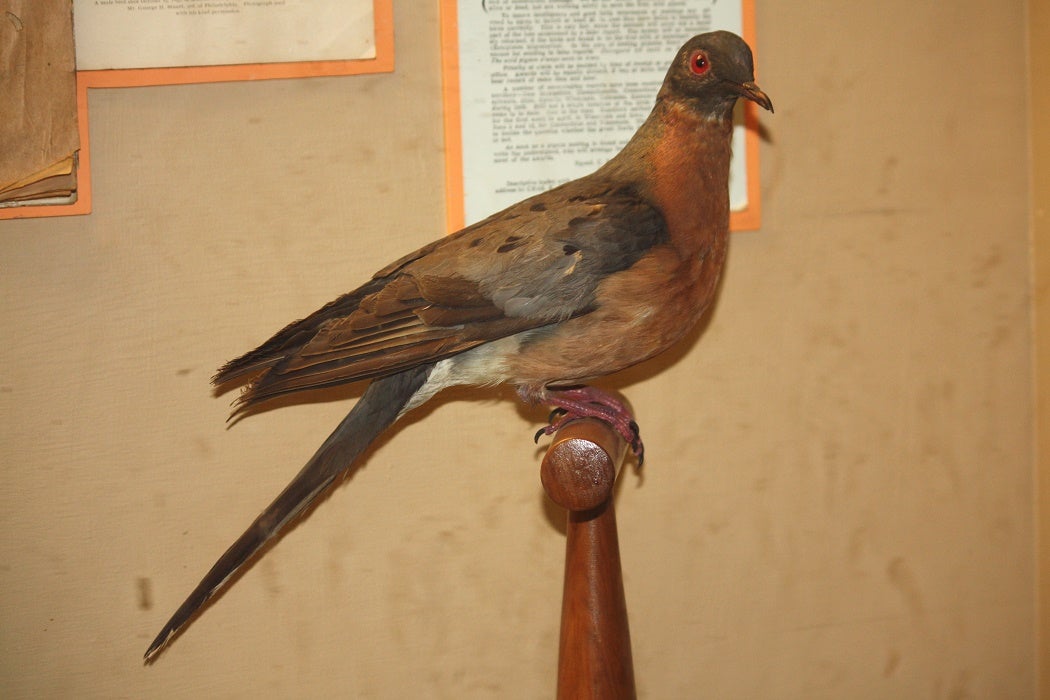 On September 1, 1914, a passenger pigeon named Martha was found dead in her cage at the Cincinnati Zoological Gardens. She was twenty-nine years old and had been in captivity since hatching. Twenty-nine is a very respectable age for a bird: Martha had simply succumbed to old age.  We remember her because she is considered the last of her kind, Ectopistes migratorius, which means, “wandering migrant.” While reports of a few individuals seen in the wild trickled through the early years of the 20th century—here’s one from Connecticut in 1906—the species, which once seemed limitless, was functionally extinct before Martha’s passing.

The stories told about passenger pigeons in the early American republic seem like tall-tales, right up there with Paul Bunyon and his blue ox. But John James Audubon reported seeing flocks so large they covered the skies of 1813 Kentucky for three days, “in the company of persons who, like myself, were struck with amazement.” Flocks numbered in the billions, equaling the total number of migratory birds now found in the U.S. An estimated twenty-five to forty percent of all the birds in North America in the early-to-mid 1800s may have been Passenger Pigeons. That’s a lot of birds. And it has been argued that the number of Passenger Pigeons exploded during the 17-19th centuries precisely because traditional human-wildlife competition over mast (tree nuts) was radically disrupted by the arrival of Europeans in the New World: “rapid increase and fluctuations in size were symptomatic of a disrupted ecological system.” The birds had a good appetite: in the 1680s they were excommunicated in Canada for the damage they did to the “products of the Earth” in competition with humans. With Native Americans dead or displaced, and other mast-eaters like deer, turkey, and squirrel severely reduced by the European colonialists for food and sport, the forests grew rich in pigeon food, setting the stage for a population boom.

Animal populations regularly fluctuate depending on habitat conditions, food sources, climate, and predation. But the inevitable bust among the Passenger Pigeons was made permanent because of market hunting and the transformation of the deciduous forests of eastern North America into farmland. The birds nested in woodland from the Great Lakes to New York, and these forests provided the mast—acorns, walnuts, hickory nuts, chestnuts, and beechnuts—they ate. They were a species that needed large congregations to breed, so they were the proverbial sitting ducks for hunters armed with clubs, nets, and guns. Bags of an estimated 50,000 birds a day were recorded in one of the last great nesting areas, in Michigan, in 1878. A succinct briefing about the species is given here by a veterinarian who ends on noting that some things don’t change, as the increasingly rare Band-tailed Pigeon is still hunted in the American west, and the White-crowned Pigeon is threatened by continued hunting and loss of hardwood forests in Florida and Mexico.

All those Passenger Pigeons, famed for breaking tree boughs with their massed weight, would have produced a lot of excrement, a rich source of fertilizer. They also would have been instrumental in transporting seeds. What were the effects of these birds on the forests? This article looks into the potential effects on forest structure and composition of pre-European settlement woodlands, noting the predominance of fall-germinating White Oak during the reign of the pigeons, and, following extinction, the expansion instead of northern Red Oaks. Ecosystems become more complicated the more we know them.

Contemporary discussions about “de-extinction,” introducing some kind of hybrid, variation, or simulacrum of the Passenger Pigeon by way of DNA extracted from preserved specimens, glosses over these barely understood complexities. Other birds driven to extinction since the European discovery of the New World have included the Great Auk, Labrador Duck, Heath Hen, Ivory-billed Woodpecker, and the Carolina Parakeet, the only parrot in North America north of Mexico.  Today, many species, from invertebrates to large mammals, are threatened with extinction. While Earth’s long history has seen enormous extinctions events—indeed, most documented forms of life are now extinct—we are living in an era in which these extinctions are caused by humans.  Not volcanism, meteors, or other aspects of plain back geologic or interplanetary luck. Martha’s centenary reminds us that we humans are now the equivalent of a natural disaster. 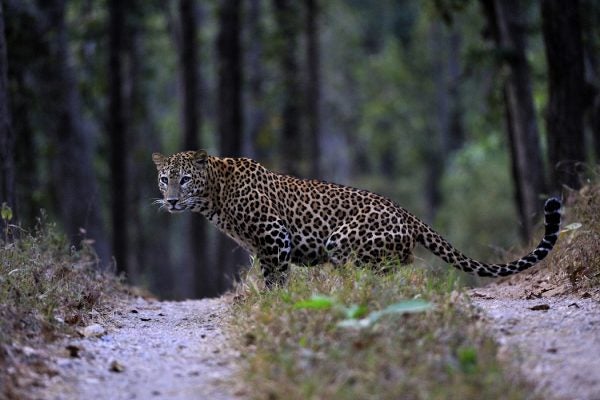 Unbeknownst to unsuspecting residents, a large number of leopards are prowling the fields and backyards of populated agricultural lands in India.